That Sukkot Ritual Of Waving Branches Around Has Pagan Roots 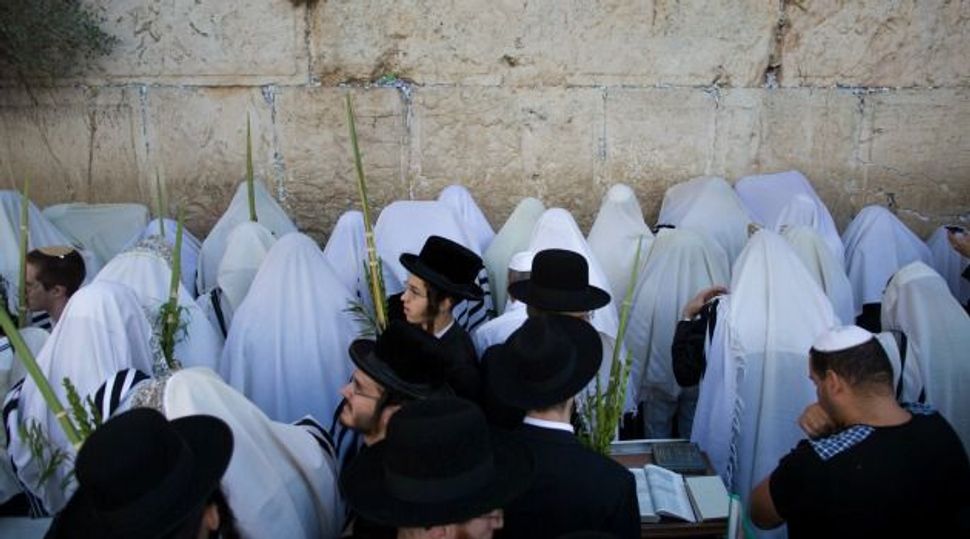 While long overshadowed in the pantheon of Jewish holidays, Sukkot is the big one in the Bible – garnering the most mentions in the sacred text and coinciding with major ritual sacrifices and the reading of the Torah. But does this holiest of Jewish festivals have pagan origins? According to historical research, two of the holiday’s signal traditions – the shaking of the etrog and the construction of booths – might have arisen from outside the Jewish community.

Contrary to the Biblical narrative, it’s long been accepted that the ancient Israelites probably did not flee from Egypt and displace the initial inhabitants of Canaan, but rather that their culture and religion evolved from that of Canaanite forebears. Scholars also believe that the transition from polytheistic Canaanite religion to monotheistic Israelite faith was a slow and halting process – with the latter preserving many elements of the former.

According to some researchers, the ritual of pitching structures outside may have to do with an old story in the Canaanite tradition about the god Baal’s decision to erect his own palace. According to the myth, inscribed on a tablet uncovered a century ago, the god took seven days to build a home and left a window in the ceiling of the home, as a measure to allow the fall rains to arrive on his land. The rite bears some resemblance to Jewish ritual around Sukkot – which also lasts seven days and is linked in the Bible to the arrival of rains.

It turns out the tradition of shaking a citrus fruit (etrog) and carefully trimmed lengths of four species of trees together while reciting prayers might also be a pagan innovation. As an article in Haaretz points out, there is evidence from the Babylonian captivity that Israelites understood verses instructing them to gather the four branches as meaning they should use them to construct booths (sukkahs) rather than incorporating them into prayer. By the time of the Maccabees, however, later biblical texts made explicit references to the practices we use today. According to the Haaretz piece, this may have had to with the Israelites’ adoption of a Greek Hellenistic ritual – which involved shaking branches and leaves as a sign of victory.

Jewish tradition has always evolved in tandem with the forces that have surrounded it – whether they be pagan, Christian or Muslim. In the Middle Ages, the Kabbalah movement emerged in part thanks to Judaism’s interaction with certain Christian heresies in western Europe. Hasidism, now often called incorrectly “ultra-Orthodoxy,” itself was linked to the rise of Christian spiritualism in the 1600s. Meanwhile, many speculate that Maimonides would never been spurred to write his famous dogmas for observant Jews had he not lived in an Islamic culture that stressed adherence to articles of faith.

That Sukkot Ritual Of Waving Branches Around Has Pagan Roots