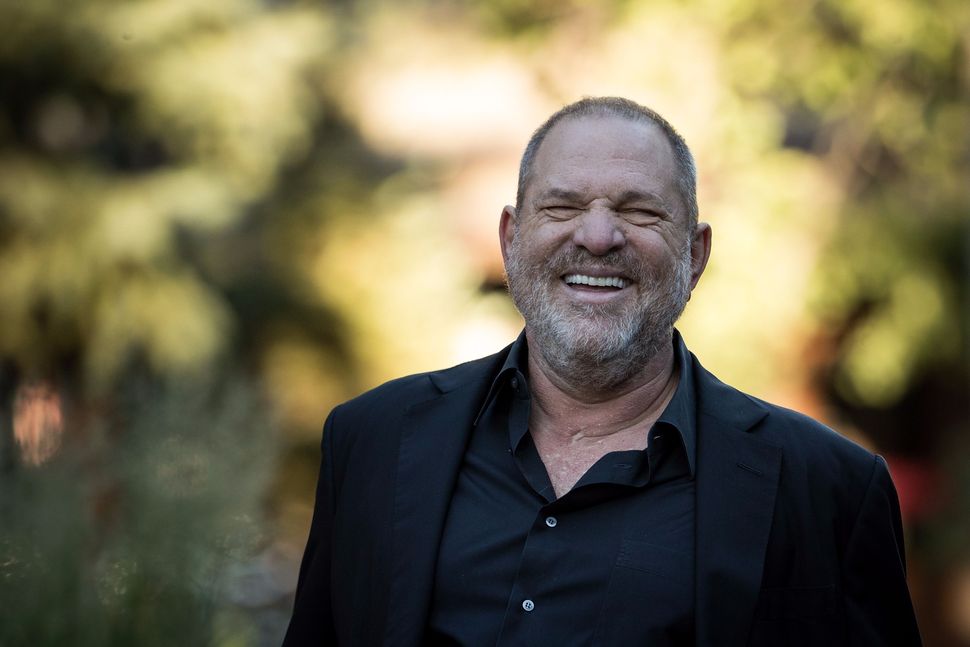 White supremacists on the “alt-right” are gleefully jumping on accusations that Hollywood producer Harvey Weinstein sexually harassed employees and actresses for decades as “evidence” of their anti-Semitic worldview.

Pointing to Weinstein, some on the far right say his story illustrates that Jews have a perverse and degenerative effect on American society — and are contributing to the “downfall of the white race.”

“Harvey Weinstein story … is a case study in the corrosive nature of Jewish domination of our media and cultural industries,” David Duke, the former Ku Klux Klan head and elder statesman in white supremacist circles, wrote on his website. Duke devoted two separate podcasts, each over an hour long, to Weinstein’s career-long “assault on American culture.” “It’s really shocking that this Jewish pervert could be revealed to be a Jewish pervert,” Duke said with sarcasm.

Proponents of anti-Semitic conspiracy theories often claim that Jews are operating a shadowy and devious web of control over the world. As “proof,” they point to examples of wealthy Jews in the financial sector — and to the high numbers of Jews who have historically worked in the movie industry. In this worldview, championed by people like Duke, Jews seek to spread degenerative ideas through their work in media.

Weinstein is a prominent supporter Democratic causes and in in 2015 at a fundraiser for the Los Angeles-based Simon Wiesenthal Center, urged Jews in the fight against anti-Semitism to “stand up and kick these guys in the ass.”

On white nationalist Richard Spencer’s website Altright.com, a blogger known as Vincent Law speculated why it was that the expose on Weinstein was only coming out now, given that the allegations stretch back decades. Perhaps, he wrote, Weinstein was simply being used by other Jews as a distraction.

“It’s easy now to scapegoat just one degenerate Jew in the hopes of the goyim not noticing the massive hive of degenerate Jews at the heart of Hollywood,” Law wrote.

Andrew Anglin, the editor of the neo-Nazi website the Daily Stormer wrote that mainstream media was just now discovering what his community has known for years — “perverted Jew Harvey Weinstein is in fact a Jewish pervert.”

“The Jews have made our nation into the global center of filth that they made Germany into in the 20s,” Anglin wrote in a blog post. “And I just want you to remember this: back then, a bunch of guys got really… pissed off about it. And I am just going to tell you this: that didn’t end well for the Jews.”

“It isn’t going to end well for them this time either,” he added.