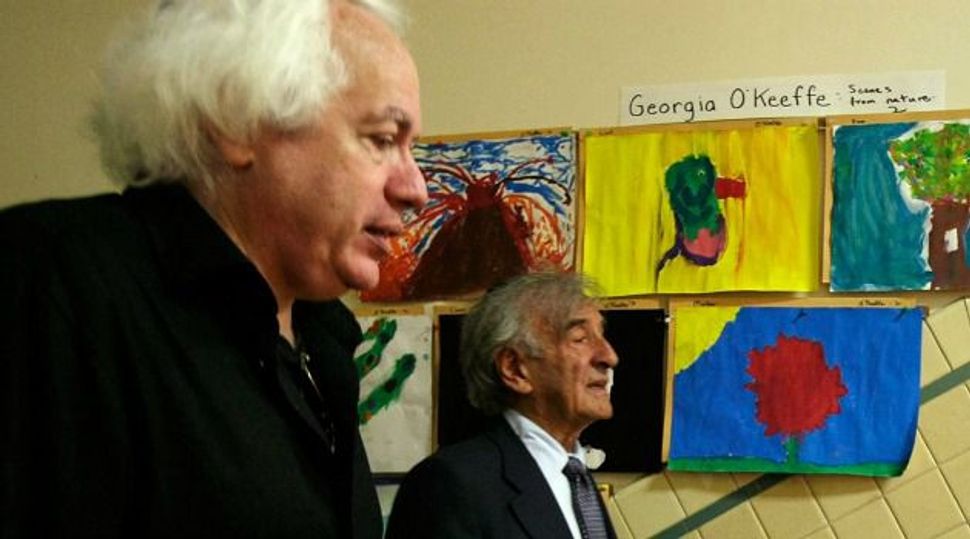 When Donald Trump began his ascent toward Republican leadership, Leon Wieseltier offered an antidote. “The only proper response to his success is shame, anger and resistance,” the Jewish intellectual told The Washington Post. “We must not accustom ourselves to this. Trump is not a new normal.” Now Wieseltier, at the center of a multiple allegations of sexual harassment and misconduct, is feeling the rigor of shame, as the refusal to accept a certain definition of normal is directed at him.

The latest in the post-Harvey Weinstein wave of sexual scandals is centered on a person widely revered as one of the leading Jewish thinkers of our times. The news of Wieseltier’s sexual misconduct and harassment of female co-workers has spread quickly and resulted in immediate termination of some of the projects he’s been involved in. And while many in the media have come out in recent days with “Leon stories,” the Jewish world, Wieseltier’s other home, has yet to discuss what others are referring to as an “open secret” about the community’s white-haired top intellectuals.

In the latest in the list of events and institutions distancing themselves from Wieseltier, Laurene Powell Jobs shelved his new magazine project, Idea, after she learned of the allegations.

The Atlantic announced this week that it was dropping Wieseltier as a contributing editor, citing a policy of “zero tolerance” toward workplace sexual harassment. “Wieseltier’s relationship with The Atlantic has been largely honorary in nature,” wrote the publication’s editor-in-chief, Jeffrey Goldberg. “But we are, in any case, removing his name from the masthead.”

In the Jewish world, the Wieseltier affair is watched even closer.

His book “Kaddish,” published in 2000 and a winner of the National Jewish Book Award, is Wieseltier’s most influential Jewish piece of work, and it, too, expands on the argument he has been making throughout his intellectual career — the obligation of Jewish people to study and hold on to their ancient traditions.

“Do not overthrow the customs that have made it all the way to you,” he writes in the autobiographical book, an exploration of the Jewish mourner’s prayer, known as Kaddish. But could the book, still popular among Jewish readers, carry the signs of the author’s sexism?

Sarah Imhoff, assistant professor of religious studies at the Indiana University’s Borns Jewish Studies Program, notes that it is “a work in which Judaism is the purview of men. The texts are written by men; the prayer is said by a man for his father. His American Judaism, like many others, was a male space,” she said. “A whole Jewish world that has only men in it can go hand in hand with trivializing women” in real world encounters.

News of Wieseltier’s misconduct broke after a group of female employees who worked with him at The New Republic shared their experience in a private email chain. Their stories included, according to The New York Times forced kisses on the mouth, discussion of his sexual life, inquires about female staff members’ sexual encounters, and passes at women who worked at the magazine.

In response to the allegations, Wieseltier issued a statement offering his “shaken apology” and asking for forgiveness. “The women with whom I worked are smart and good people. I am ashamed to know that I made any of them feel demeaned and disrespected,” he wrote. “I assure them I will not waste this reckoning.”

Writing in the Jewish Journal, one Jewish woman shared her different experience of working alongside Wieseltier. “I’m writing not to negate anyone else’s story, but simply to tell my own,” Karen Lehrman Bloch wrote, as she provided a positive account of her encounter. “Were our conversations tinged with sexual innuendo? Sometimes. But for me they fell into the realm of flirtation.” she said that Wieseltier “inspired me to be my best self, made me into a thinker, and helped me reconnect to my Judaism.”

Wieseltier, the son of Holocaust survivors, who grew up in Brooklyn. Now 65, he is known primarily as the legendary literary editor of The New Republic, a position he filled for three decades and that served as his primary platform for observing America’s pop culture and helping to shape American Jewish intellectual life.

American Jewry, according to Wieseltier, has taken the easy way out, preferring to view itself as an ethnicity rather than grappling with the core identity issues of being Jewish. “If you regard all expressions of identity anthropologically and sociologically, then they are all equally authentic and equally valid. Every culture has to have an internal hierarchy of values,” he told an audience at a Boston synagogue last year.

In his private life, Wieseltier chose to lean Orthodox. He went to the Yeshiva of Flatbush, sends his son to the Jewish Day School in the Maryland suburbs, and is a member of the Orthodox Kesher Israel synagogue in Georgetown. Wieseltier is fluent in Hebrew and has been critical of the policies of the Israeli government and of Israel’s ongoing occupation of the West Bank.

True to the historical role of a public intellectual, Wieseltier has always been more than happy to jump into the ring, engaging in word-slinging battles with anyone willing to challenge him, from former Israeli ambassador Michael Oren, who hinted that Wieseltier’s criticism of Netanyahu has an anti-Semitic strain to it, to a former colleague, Andrew Sullivan, whom he accused of “Jew baiting.”