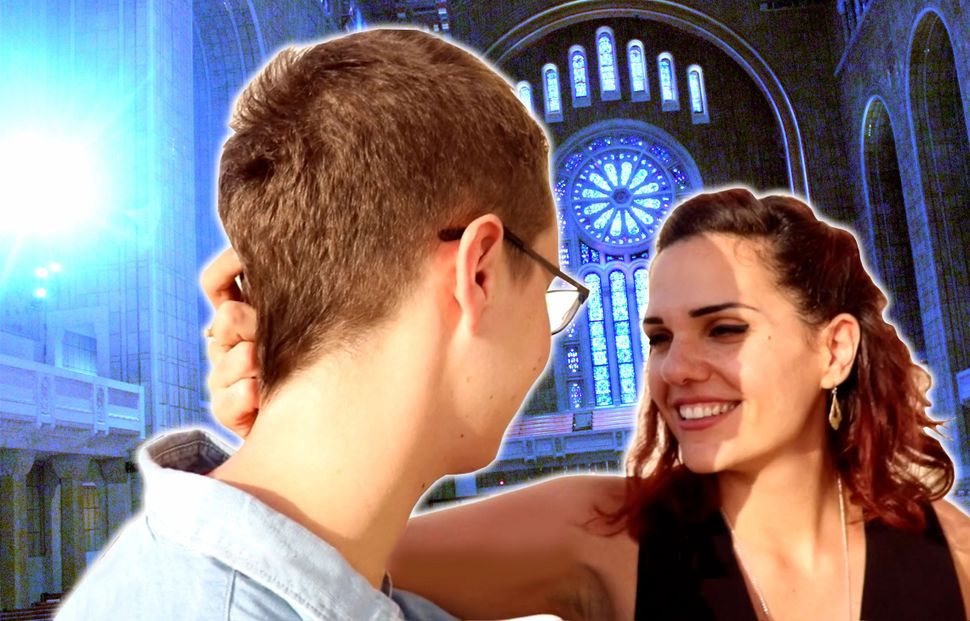 Jewish weddings are typically joyous events during which a couple’s family and friends gather to celebrate and shower them with love as they create a new life together. But on Sunday, three Israeli Jewish couples will turn their party into a protest, and their intimate moment into a public, political act.

Temple Emanu-El, the iconic Reform synagogue overlooking Manhattan’s Central Park, will host a collective wedding for a group of Israeli Jews who could or would not marry in their home country. It is a sign of defiance against the religious authority of Israel’s ultra-Orthodox chief rabbinate, which rules over issues like marriage, divorce, conversion and burial for Jews in Israel.

“The wedding is going to make a point,” said Valentine Boldovsky, a 29-year-old Israeli from Russia whose wife went through a Reform conversion. “We need to make people realize there is a problem with the rabbinate in Israel.” 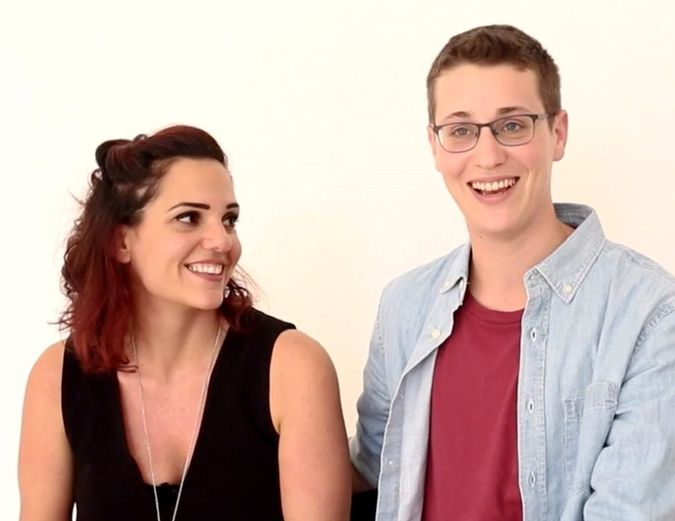 This action also plays into long-standing tensions between the liberal American Jewish establishment and the Israeli rabbinate.

The American Conservative and Reform rabbis participating in the joint wedding are eager to show how inclusive, open and progressive they are — unlike the religious authorities of the Jewish state.

“The issue of freedom to marry is part of the much bigger issue, which is the relationship between Judaism in the State of Israel and Judaism in America,” said Dov Waxman, a Northeastern professor of political science and the author of the 2016 book “Trouble in the Tribe.” “This is part of a long-running tension.”

The three couples to be wed Sunday, December 3, include a Reform convert and a lesbian pair. These couples would be barred from marrying in Israel, as the rabbinate does not recognize non-Orthodox conversions or same-sex marriages. The third couple would be technically permitted to wed in Israel, but they are forgoing marriage there as a sign of protest.

“Two people fall in love, decide to spend their lives together, find an officiant, stand under a chuppah to take their vows — and then celebrate their joy,” a statement on the website Emanu-El reads. “Except in Israel, it’s not that simple.”

Officiating rabbis will include some of liberal Judaism’s boldfaced names, including two beloved Manhattanites: Rabbi Angela Warnick Buchdahl of the Reform movement’s Central Synagogue and Rabbi Elliot Cosgrove of the Conservative Park Avenue Synagogue. Anat Hoffman, executive director of the Israel Religious Action Center and co-founder of Women of the Wall, helped organize the event and will also speak.

By holding the happy occasion in Emanu-El, they are giving it the imprimatur of one of American Judaism’s most prestigious, venerable and affluent institutions. It’s widely seen as the flagship Reform synagogue; the congregation dates back to 1845. With vaulted ceilings and tall floral stained-glass windows, it is a symbol of Jewish assimilation and status. A mammoth structure that takes up half a block overlooking Central Park, it holds a central place in its denomination, the largest American branch of Judaism — and its congregation includes prominent members of the New York elite, like former mayor Michael Bloomberg.

The three couples hail from Reform or other non-Orthodox Jewish circles in Israel. Reform Judaism is a tiny minority in Israel. 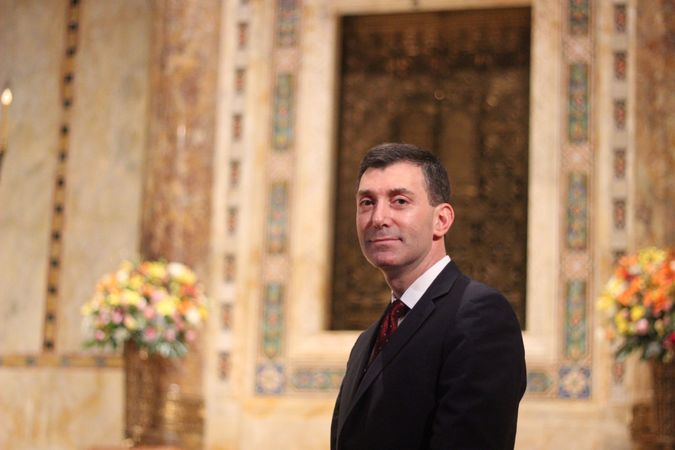 Ori Berwald Shaer and Alona Livneh were both born in Israel, although Livneh spent much of her childhood in Canada. “Ori and Alona identify with the values of Reform Judaism,” the release reads, “values of equality and respect for all people.”

Boldovskiy and his soon-to-be wife Elizabetha Komkov were both born in Russia and immigrated to Israel in 2004 and 2005, respectively. They knew each other in Russia and reconnected after moving to Israel. They both belong to a Reform congregation in Haifa, Shirat Ha-Yam. Komkov converted to Judaism, but not in an Orthodox religious court, meaning the Israeli rabbinate would not recognize her conversion.

Alon Sela and Gali Geberovich are Israel-born Jews who met at a Reform kibbutz called Yahel. While their wedding would technically be permitted in Israel, they have chosen to wed in this charged ceremony to make a political point.

The tensions between the Israeli rabbinate and the liberal establishment in America go back decades and have intensified as the ultra-Orthodox in Israel continue to grow in numbers and to amass political clout.

This past July, Israel’s chief rabbinate compiled a blacklist of 160 rabbis from around the world, including many from the Reform and Conservative movements, whose rulings on the question of “Who is a Jew?” it does not recognize. About two weeks ago, Rabbi Rick Jacobs, head of the Union for Reform Judaism, was pushed and had his clothes torn by security guards as he tried to bring a Torah scroll to the Western Wall, Judaism’s holiest site. Other Reform leaders, including Emanu-El’s Davidson, were there as well.

The guards said it was illegal to bring the scrolls onto the plaza; the ultra-Orthodox view egalitarian prayer at the holy site as a violation of sacred law. The group marriage, just weeks later, offers the liberal faction an opportunity to capitalize on the American outrage over the public fracas at the Western Wall. 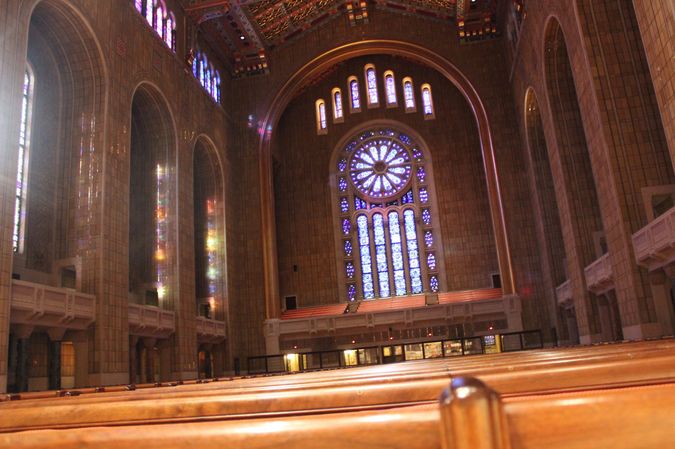 Marriage rights are also a convenient rallying point for liberal Jews, most of whom have embraced the campaign for same-sex marriage.

“The issue of egalitarian spaces at the Kotel is a matter of great concern,” Waxman said, “but the issue of marriage has much more resonance.”

Hoffman, who leads the main organization agitating for the rights of women to pray audibly at the Western Wall, sees a parallel between American Jews being denied access to the site and some Israelis being barred from marrying. “Both are injustices,” Hoffman said. “Both are examples of us being made to feel like second-rate citizens in Judaism.”