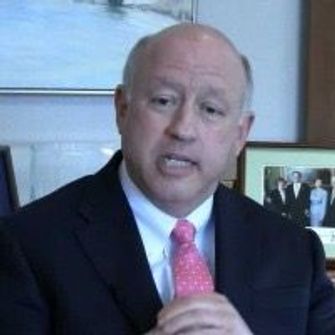 Founded in 1939, the Jewish Community Federation of Cleveland provides services to over 40,000 people in the Cleveland area as well as thousands internationally. The Federation raises most of its funds through its yearly Campaign for Jewish Needs. In support of its mission to strengthen and protect the Jewish community, it helps fund local Jewish schools, newspapers and synagogues.

Stephen Hoffman has served as president of the Jewish Community Federation of Cleveland since 1983. From 2001 to 2004, he was CEO of the Jewish Federations of North America, after which time he resumed his post in Cleveland. In 2004, President George Bush appointed him to serve on the United States delegation to the Conference on Anti-Semitism. Hoffman serves on the boards of the David and Inez Myers Foundation, the Musical Arts Association, the Maltz Foundation and the Mandel Foundation, and is the founding director of the Council for Initiatives in Jewish Education. He holds a master’s in social work from the University of Maryland, as well as a master’s in Jewish studies from the Baltimore Hebrew University.

Hoffman’s 2016 figure does not include an additional reportable compensation of $768,038, which mostly consists of the final payment to a supplemental non-qualified retirement program.