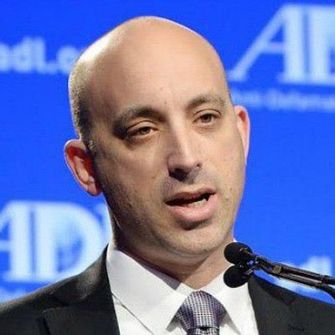 The Anti-Defamation League is a prominent civil rights organization dedicated to fighting anti-Semitism and other forms of bigotry worldwide. The ADL was founded in 1913 by B’nai Brith, a popular Jewish service organization, in response to increasing attacks on Jews. Today, the organization frequently publishes reports documenting cases of anti-Semitism across the globe, lobbies politicians to advance Jewish interests, and has 29 offices in the United States and three offices in other countries.

Jonathan Greenblatt is the national director and CEO of the Anti-Defamation League. Greenblatt’s relationship to the organization started with a college internship, continuing with his participation in an ADL professional leadership program. He is a social entrepreneur, government official and corporate executive with extensive experience in building and creating innovative public-private partnerships. He has served as special assistant to the president and director of the White House Office of Social Innovation and Civic Participation since 2011. A graduate of Tufts University, he is the grandson of a Holocaust survivor who escaped from Nazi Germany. He has had a lifelong commitment to Jewish social causes.