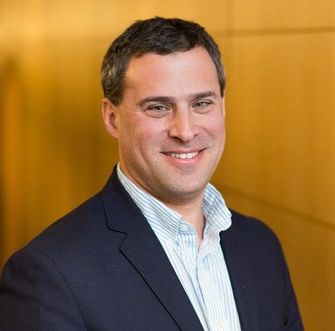 The Jewish Federation of Greater Washington serves Jews in the District of Columbia, northern Virginia and Maryland. Founded over 200 years ago, the Federation aims to mobilize resources to strengthen local Jewish communities and address their needs, and to facilitate engagement in Jewish life. It supports 40 local agencies, Jewish schools and youth groups, and community service programs, reaching over 270,000 people.

Gil Preuss previously worked at Combined Jewish Philanthropies of Greater Boston for 13 years, most recently as the Executive Vice President. As the Executive Vice President, Preuss oversaw strategic planning, financial resource development and community allocations. Prior to CJP, Preuss worked at the Jewish Community Federation of Cleveland where he supervised agency allocations. Before moving to work at the Cleveland Federation, Preuss was an Assistant Professor at the Weatherhead School of Management at Case Western Reserve University. Preuss received a B.S. from the University of Michigan, his M.S. from Cornell University and his Ph.D. from the Sloan School of Management, Massachusetts Institute of Technology.