Where Do Jews Fit In Roy Moore’s Alabama? 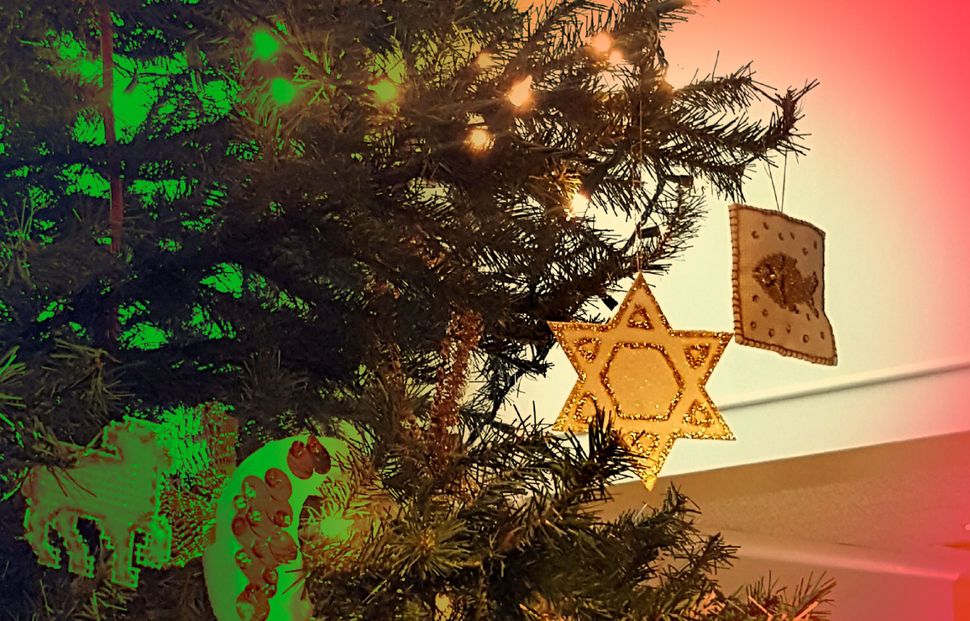 Many would say Alabama is black and white. Trying to convince those people otherwise feels futile. As a Yankee who lives here now, it’s easy to reduce Alabama to a fever dream and hide in an enclave of Jews, most transplanted here because Birmingham’s a college town that needs academics.

I’m a bit of a hybrid: Born in New Jersey, and Jewish, I went to high school and college in Birmingham. This state defies comfortable assumptions. That’s something to keep in mind as we brace ourselves for an election with national importance.

There’s the collegiate colors of rival schools: Bama’s crimson and white, Auburn’s orange and blue. The joke is they’re the state’s most divisive colors. We have dirt as red as our cheeks whenever Alabama makes national news. We have green tomatoes, pride flags flying from balconies, and and heavily guarded histories that erase what doesn’t match the image of the good, God-fearing Heart of Dixie. The sky is often heavy and gray, which makes it even more beautiful when it turns blue. There is blue in this red state.

Alabama is the Beautiful. It isn’t an easy place to live though.

Alabama is rural, poor, and black. The cities that aren’t being gentrified are atrophying. I live in the Birmingham suburbs. They’re wealthy and white, removed from downtown’s homeless population and the poverty of North Birmingham.

I slip easily into the breweries and galleries in revitalized Birmingham, which is so liberal it would shock outsiders, and contains most of the state’s Jews. I teach on Sundays at the religious school, and saw parents wearing red, white, and blue Doug Jones at yesterday’s Hanukkah program. The synagogues have tight security, but we exist openly without much fear. 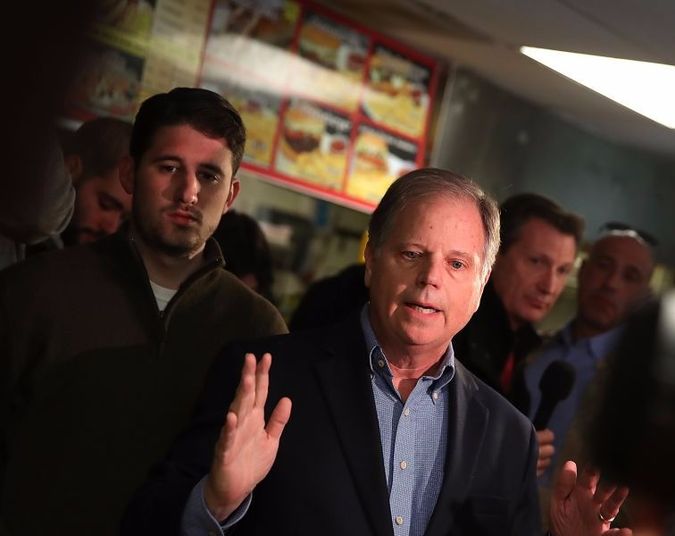 Democrat Doug Jones campaigns ahead of the special election for U.S. Senate in Alabama. Image by Getty Images

At the churches that day, the preachers were talking about Christmas.

I was greeted warmly by the deacons at Briarwood Presbyterian Church, which made headlines for acquiring its own police force. They were very nice. As services let out, children in Christmas dresses and khakis ran ahead of parents, bracing themselves for the 35-degree weather. They passed by a gold and white trimmed tree. A Jewish star hung next to the Christian fish symbolizing Jesus Christ, son of God, Savior. My brother was the only Jewish student in his high school. We walk a strange line.

Briarwood’s head pastor shook my hand with an earnest smile. Dr. Harry Reeder, a North Carolina native, has lived in Birmingham since 1999. In interviews regarding the senatorial special election, he’s chosen words carefully, never stating which candidate he will vote for, but not letting Roy Moore off the hook, either. Reeder tries to persuade Moore to “do the next right thing.”

During a phone interview, Reeder declined to comment further on the election. Christian clergy gathered in Birmingham recently for a press conference to denounce Moore, criticizing his open hostility toward LGBT and Muslim communities, and his racist, predatory behaviors. People in the pews chanted “Vote or die!” Rabbis across Alabama have also made statements against Moore. 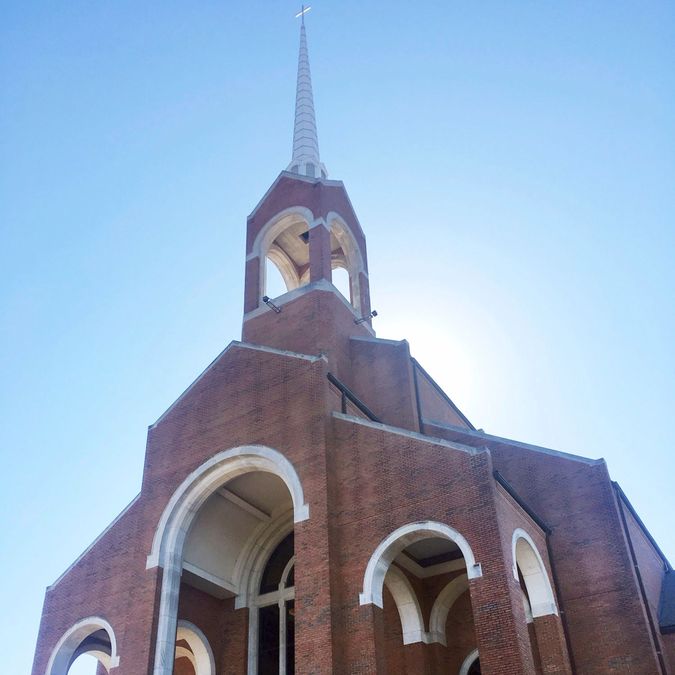 Reeder was happy to discuss President Trump’s recognition of Jerusalem as Israel’s capital, saying, as an evangelical Christian who reads Psalms, that he prays for the city of Jerusalem, believes that Jerusalem was appointed divinely and believes nations have the right to declare their capitals. The decision was only natural, he said.

Evangelicals generally fall into two categories regarding Israel, he took pains to clarify. There are those who believe in “prophecy fulfillment,” and those who “support appropriate foreign policy,” the latter being where Reeder places himself. He didn’t mention Jews.

Liberal friends of mine were less comfortable with the Jerusalem move.

The proximity of the president’s endorsement of Moore with his decision to move the embassy made many uneasy. Friends of mine who are critics of Israel have posted the blood libel on my wall. I avoid saying the name of my synagogue in conversations. I tuck my Magen David pendant into my collar before going out. And I’ve taken off my JCC employee badge at the store.

Do I fear violence? Or tedious conversations reminding me how ignorant people are? A man once thanked me for “Jesus, and sticking it to Palestine.” Maybe I don’t want to be asked if I’ve accepted Jesus at Walgreens.

Mostly, though, nothing happens.

Folks are very nice in Alabama. They are polite and charming and they give their tithes and say please and thank you. Alabama is haunted by the 19th and 20th centuries. State government employees get off of work in mid-January for Robert E. Lee’s birthday, which happens to be Martin Luther King Jr. Day.

As a Jew who believes in justice, seeing Alabama fail to pass through the gate of American morality it claims to keep is heartbreaking. But as Jews, we don’t sit and watch as people hurt. During Hanukkah, we remind ourselves that when all seems dark and desperate, there is light. The first night is election day. Alabama’s Jews won’t be the only ones hoping for miracles.

Where Do Jews Fit In Roy Moore’s Alabama?