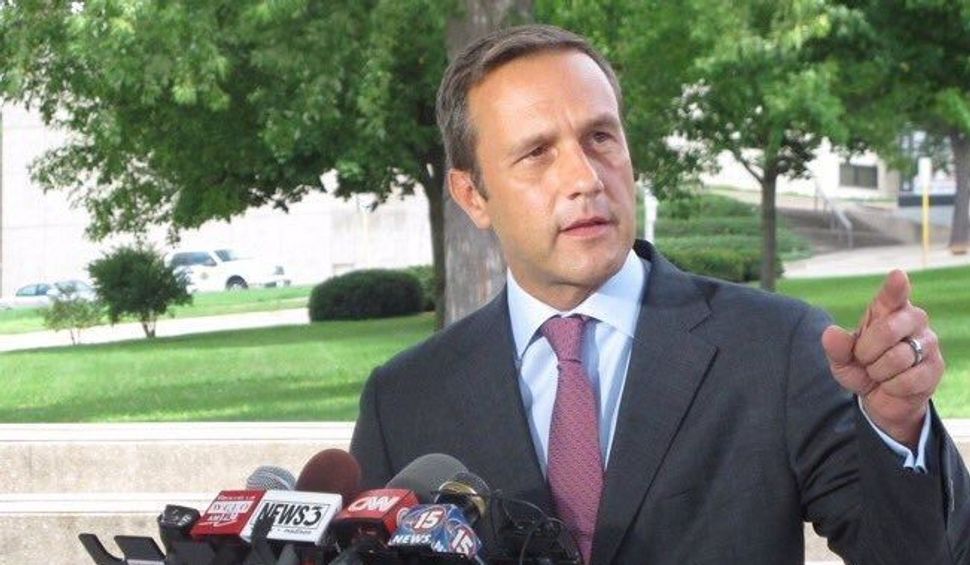 Political hopeful Paul Nehlen began his move into the “alt-right” this past fall. First, he was just toying with the internet subculture’s memes and catchphrases and praising white nationalist groups. But by Christmas he had gone full anti-Semite — retweeting white supremacist slogans and reading an author known as the “Neo-Nazi movement’s favorite academic.”

It was even too far for Breitbart, a flagship venue for far-right internet culture that has itself flirted with white nationalism and had boosted Nehlen in his earlier bid to unseat Paul Ryan in Wisconsin’s 1st congressional district. Joel Pollak, a senior editor at Breitbart, tweeted that the site “doesn’t support him,” because Nehlen had “disqualified himself.”

Does this spell Nehlen’s political demise? Maybe. But his campaign also shows how “alt-right” culture is and will continue to influence mainstream politics.

“Nehlen is going all-in as the ‘alt-right’ candidate,” said George Hawley, University of Alabama professor and author of “Making Sense of the Alt-Right.” “It shows how the rhetoric and aesthetics of the ‘alt-right’ are becoming influential in the broader right-wing culture, especially among younger people.”

Even with the Brietbart disavowal, Nehlen’s rise shows how the reactionary online subculture of the “alt-right” has seeped into mainstream politics and that tapping into that culture appeals to politicians looking to foster a rebel image. The “alt-right” is a broad online movement that traffics in white nationalism, appealing to anxieties about white displacement in the face of demographic shifts. Many “alt-right” figures and websites promote boilerplate white nationalism, advancing the claim that whites are endangered by a “rising tide” of brown and black people — while Jews are orchestrating and benefiting from the downfall of whites.

Even if Nehlen has little chance of winning this election, his campaign has helped to push far-right talking points about race and immigration into mainstream spaces. 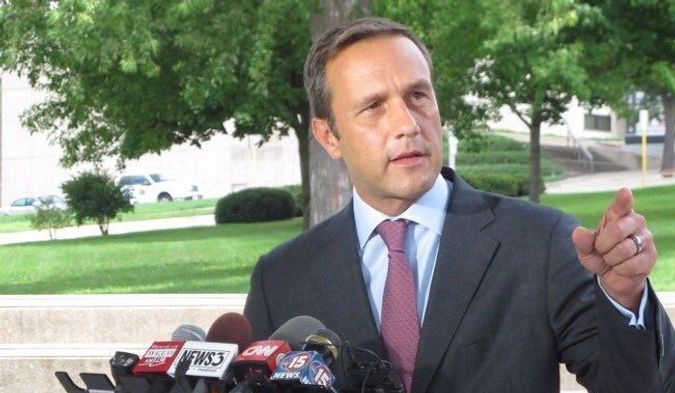 A Wisconsin businessman and investor, Nehlen was relatively unknown just a few months ago. In 2016, he was one of few Republicans to run an ill-fated but explicitly pro-Trump campaign in Wisonsin. He spoke favorably about surveilling Muslims and attacking his opponent Paul Ryan — moves which earned him the praise of Trump.

Over the last months, he’s latched on to the language and style of the “alt-right,” delving deeper into more radical ideology about race and identity.

A post on white nationalist Spencer’s Altright.com hailed Nehlen as “The Alt-Right Politician That Was Promised.” Even if he doesn’t win, the author Vincent Law wrote, “I think this will be an excellent field run for a great Alt-Right candidate.”

Earlier this month, Nehlen sparred on Twitter with First Amendment attorney Ari Cohn — putting the “echo” around Cohn’s name and suggesting he convert to Christianity. He has appeared twice on the “alt-right” white nationalist podcast Fash the Nation, where he praised Identity Evropa, a white supremacist group that has been particularly active on college campuses.

Over the weekend, Identity Evropa activists in Pennsylvania distributed Christmas cards to the homeless and donated to a local food bank. pic.twitter.com/TQYQKjhlqx

In late December, he proudly shared a picture on Twitter of a well known anti-Semitic book, “The Culture of Critique: An Evolutionary Analysis of Jewish Involvement in Twentieth-Century Intellectual and Political Movements.” The title is from Kevin MacDonald, a retired professor of psychology widely praised in white nationalist circles for his writing about Jews and perceived Jewish power.

In the Breitbart disavowal article published Wednesday, Washington editor Matthew Boyle wrote that “Nehlen tweeted that he was reading a book that blames Jews for anti-Semitism — something that is obviously inaccurate and entirely unacceptable.”

Not everyone was convinced by the Breitbart disavowal. In the Washington Post, Callum Borchers wrote that the site’s claim to have “suddenly realized what Nehlen stands for just does not add up,” given that his flirtation with the far-right dates back many months. The Brietbart disavowal, Borchers went on, is more likely because it looked like the Nehlen campaign was going to tank. “Nehlen became a liability for Breitbart, to be sure, but his greatest flaw was being a likely loser,” Borchers wrote.

Just a reminder of what caused Bannon to (supposedly) cut ties with Paul Nehlen. https://t.co/xpTSMXNjCS via @wordpressdotcom

“Alt-right” blogs have watched Nehlen’s foray into the radical right with glee. “It’s unspeakably delightful,” a blogger on the white nationalist website Occidental Dissent wrote. “How many people are reading his tweets, and contemplating his ideas for the first time? How many have been quietly thinking the same things, who are feeling more emboldened to express agreement out loud?”

Richard Spencer, the white nationalist figurehead in the “alt-right” — who even flirted himself with running for office — declined to comment on Nehlen in a message to the Forward — but in a December 17 Twitter thread he did give advice to “potential candidates who care about identitarian and Alt-Right ideas.”

Some advice for potential candidates who care about identitarian and Alt-Right ideas.You have to make a choice:1. Be a normie-friendly populist2. Be an identitarian, quixotic candidateEach path is equally valid, but you have to choose.

Spencer wrote that he sees are “two choices” for politicians who are sympathetic to the “alt-right” brand of racism and reactionary white nationalism. Either be a “normie-friendly populist” and mask your more hardcore beliefs — or “be an identitarian, quixotic candidate” who is not trying to actually win but instead simply pushing the political discourse further into hardcore and racist ideas. “The problem comes,” Spencer wrote, “when you mix strategies.”