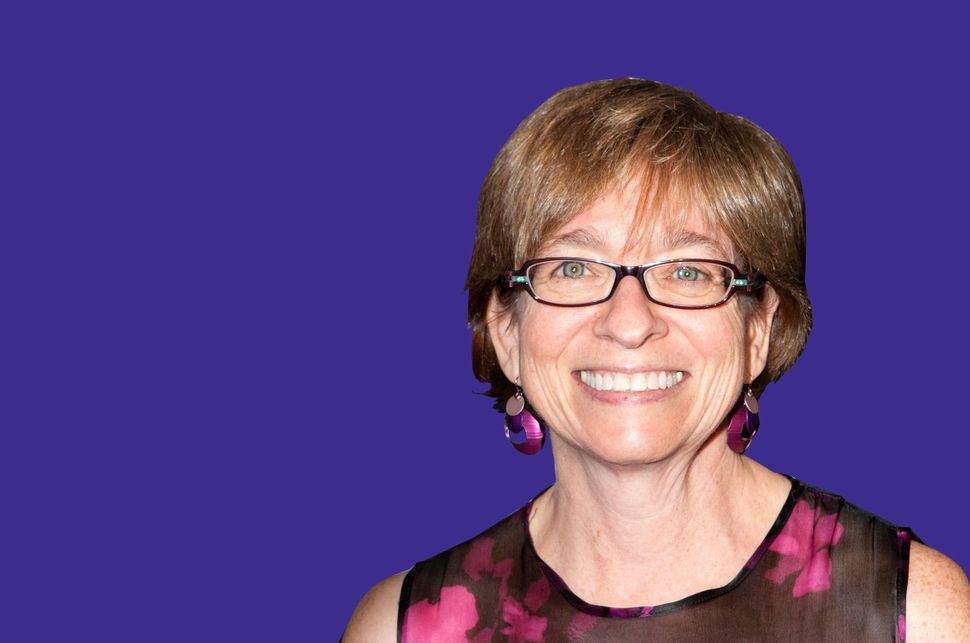 Breitbart News called the president’s decision a “nightmare before Christmas. The Conservative Review described her as “Trump’s worst nomination so far,” and the Coalition for Jewish Values argued that the president’s choice to renominate Chai Feldblum to the Equal Employment Opportunity Commission was “akin to putting an avid hunter on the board of PETA.”

Barack Obama put Feldblum on the commission, but President Trump has chosen to keep her there. Now Feldblum, who was raised in an observant Jewish family but renounced Orthodoxy, has become a symbol of an Obama-era liberal activism that conservatives had hoped Trump would uproot. Some right-wing voters who helped him win see his refusal to do so as turning his back on them.

After all, Feldblum is clearly not the type of activist to hide her views. Her Twitter profile plainly states she is: “First out lesbian @USEEOCCommissioner w/hidden disability of anxiety disorder; former Georgetown law prof; tweets on civil rights; discrimination buster.”

When first selected in 2009 by Obama for the position — one of five commissioners leading the government body tasked with preventing employment discrimination — Senate Republicans refused to bring her nomination to a floor vote. Obama bypassed their opposition with a recess nomination. Feldblum came to the job with a record of fighting for LGBTQ rights and was among the authors of the Employment Nondiscrimination Act, arguing that religious beliefs should not circumvent equal workplace opportunities for gay men and lesbians.

“I’m having a hard time coming up with any case in which religious liberty should win,” said Feldblum, who showed up for the Senate committee hearings with her partner, Nan Hunter.

With her term coming to an end in July, many had expected Trump to replace Feldblum with a commissioner more palatable to his conservative base. But Trump sent her nomination to Congress, recommending Feldblum serve another term on the commission. Tony Perkins, president of the Family Research Council, a Christian-conservative organization, described the decision as being “in complete contrast with President Trump’s beliefs and stated objectives, which leads me to believe that he wasn’t briefed on Feldblum’s activism or involved in her nomination.”

Feldblum, 58, was born in New York to a family of rabbinical Jewish scholars. Her father, a Holocaust survivor, was a Modern Orthodox rabbi and Talmud professor, and her mother, a daughter of a Hasidic rabbi, was a professor of Jewish history. She died in a car accident when Feldblum was a teenager. A few years after this event, as a student at Barnard College, Feldblum was led to question her faith.

“In a flash of a moment, I just decided I did not believe,” she told Washington Jewish Week, explaining she could no longer believe in a God that decided her mother should die. She came out as nonreligious a few years before coming out as gay. Her father accepted both, expressing regret only that she did not pursue a career in talmudic studies. She has since found her way in nonobservant Judaism. “I give thanks, not to God, but I give thanks every day to be able to live my life,” Feldblum said.

In her term at the EEOC, Feldblum continued much of the work she had begun at Georgetown University and at the Human Rights Campaign — ensuring equal rights for people with disabilities and for LGBTQ, with a stress on expanding the idea of gay rights to include transgender people. She won praise for working within the existing federal laws to prove that they already include needed protections for these populations. “It took an EEOC enlightened and encouraged by Chai to make important strides towards recognizing that anti-LGBTQ discrimination is already illegal under existing Federal law,” said Tony Varona, vice dean and professor at American University Washington College of Law and former legal director and general counsel for HRC. “Chai’s reputation in Washington is legendary,” he added. “When Chai talks, people pay attention and ignore her advice at their peril.”