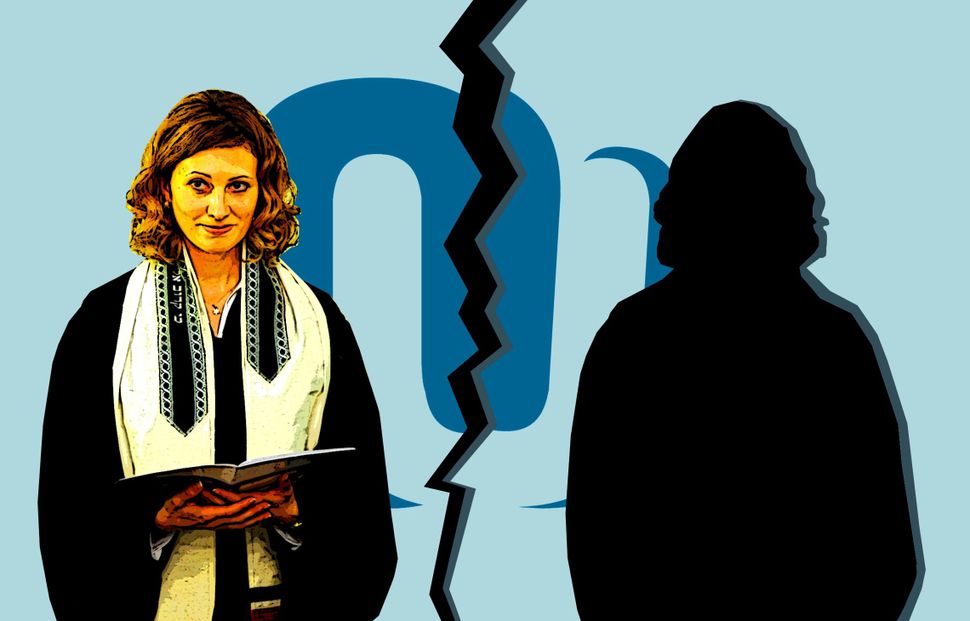 Eleven months ago, the leaders of an association of nearly 1,000 synagogues banned women from serving as clergy.

Yet now, as the one-year anniversary of the ban is approaching, the organization is still dragging its feet on enforcing it.

“I think that this has been delayed because it’s not a very popular decision,” said Sharon Weiss-Greenberg, executive director of the Jewish Orthodox Feminist Alliance, an advocacy group that supports female clergy. “There has been backlash.”

The scope of that backlash is only now becoming clear. The Forward has obtained the names of some 40 prominent rabbis who signed a scathing letter this past September opposing the expulsion of synagogues that defy the ban. Their congregations have a combined membership of more than 6,000 families at the center of the Modern Orthodox world.

The conflict is dividing the small but influential community of American Jews who identify as Modern Orthodox. Modern Orthodox Jews generally observe Jewish law and its attendant restrictions, but at the same time pursue secular education. The ideological spectrum within Modern Orthodoxy, therefore, is wide. Meanwhile, the ties keeping it together are fraying. In recent years, the issue of women’s’ roles in religious leadership has been one of the most fierce internal battles.

While the left wing of the Modern Orthodox movement has called for the ordination of women, the right has pushed back hard. Modern Orthodoxy’s synagogue association, the Orthodox Union, encompasses both camps, including at least five member synagogues with female clergy. Yet in February 2017, a ruling adopted by the group’s board sided heavily with the traditionalists.

For Orthodox female leaders, and for the dozens of rabbis and lay leaders who have spoken up to oppose expelling them, 2017 has been a year of waiting.

The decision on female clergy, and subsequent fears over a possible expulsion, has set off a new round of worries over a potential schism in the Modern Orthodox ranks.

The O.U.’s executive vice president, Allen Fagin, told the Forward in December that said that while Modern Orthodox unity is important, it’s not the only consideration. “I think everyone also recognizes that unity is an enormously important value, but that there are also standards and norms that may make it very difficult,” he said.

The O.U, has held off for months on announcing whether it will kick out the recalcitrant congregations. Now, nearly a year later, the rabbis’ letter, along with other similar efforts from lay leaders and other Modern Orthodox figures, appears to have at least delayed the O.U.’s efforts.

The signatories of the letter include Rabbi Yehuda Sarna of New York University’s Hillel, Rabbi Haskel Lookstein of Manhattan’s Congregation Kehilath Jeshurun and Rabbi Shmuel Hain of Young Israel Ohab Zedek of North Riverdale & Yonkers, among others. Many are based in New York and lead flagship congregations with prominent members who themselves are Modern Orthodox leaders.

None of the signatories contacted by the Forward would speak about the letter or any responses to it.

“We’ve heard nothing out of the O.U.,” said Rabba Sara Hurwitz, co-founder and president of Yeshivat Maharat, “I don’t know what’s going on. I have no inside information. For us, we’re just moving forward.”

At various points over the course of the year, O.U. leaders seemed on the brink of expelling the five congregations. In the days before a September board meeting, rumors flew that the leadership was poised to issue the expulsion order. Later, Fagin said that the decision would come after the Jewish High Holidays.

Those High Holidays ended in October.

Now, Fagin says to expect a decision in the next few months. “It’s something that’s getting ongoing attention and I think will get dealt with at some point,” he said.

Fagin said that the O.U. leadership had held a series of meetings, including with representatives from the group of rabbis that signed the major letter.

“I think the discussion we have had with any number of groups, including representatives of the group that signed that letter, have been enormously helpful,” Fagin said. “We have a very big tent and we’ve heard from any number of constituencies that compose a diverse Orthodox community. We’ve met with every group that’s wanted to meet with us.”

A person with knowledge of board conversations said that even board members are out of the loop on the O.U. leaderships’ plans. “Decisions like this, even though they’re very big decisions, don’t seem to get made at the board level,” the person said. “They seem to get made by a few individuals and then the board is given short notice to approve the decisions.”

Fagin said that, eventually, the board’s executive committee will make a recommendation to the O.U.’s board of directors for approval. The key decision-makers appear to be Fagin and Mark Bane, the board chair.

While the dispute appears at times to be an argument between Modern Orthodoxy’s left and right flanks, the signatories to the rabbis’ letter are all graduates from the mainstream Modern Orthodox seminary at Yeshiva University. None of them lead congregations with female clergy.

“Expelling O.U. synagogues which employ Orthodox women in these roles would do a great deal of harm in both the short-term and the long-term to our shuls, Orthodoxy and the broader Jewish community,” the letter read.

The female clergy themselves seem to be moving on as normal and doing their best to duck the controversy. None of the female clergy members contacted by the Forward responded to inquiries.

“I think that the community is realizing the value added of having females as part of their clergy team,” Hurwitz said. “The role that the graduates are playing are really essential and a necessary part of the community, and I don’t believe that will change.”