Sure, Roy Moore’s Jewish Lawyer Is A Christian — He’s Still A Mensch 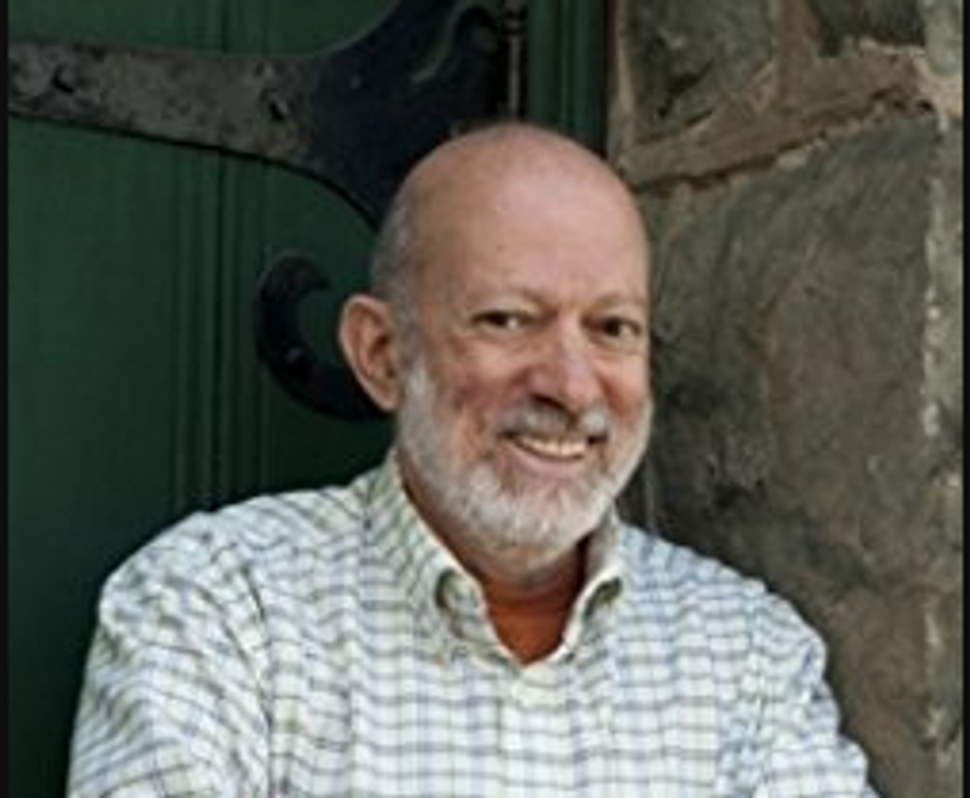 There’s a joke that’s often told in the South about a hunter on the line with the local emergency services after the buddy who is with him while stalking deer has a heart attack. He tells the woman on the line, “Bubba’s dead,” to which the woman responds, “Well, sir, make sure that Bubba is in fact dead.” The next thing she hears is a gunshot and the hunter saying, “Yup!”

I always thought this was a joke about Southern stereotypes, but now I think it’s about Southern politics and the state’s Faulknerian inability to accept death, taxes and reality. Roy and Kayla Moore, Bubba’s dead. Stop shooting him.

Because while the rest of you read, Alabama Jews are sitting here with the corpse of this election. Thanks to the election, we’ve all seen what happens in Alabama. Half our population proved to the world that they’re okay with child predation as long as it ensures there won’t be abortions on our soil.

I spent many hours on the search for Moore’s Attorney Who Is A Jew. You may have read my account of the hours of digging I did to find the attorney; of my coffee, sweat and tears as I read case depositions of the Foundation for Moral Law, in search of Jewish lawyers; how I tried to call Kayla Moore several times, only to be hung up on after she had texted me to try again later; how I looked up funeral records using surnames for lawyers in the state of Alabama in hopes of finding relatives in Jewish cemeteries; how I came to quickly doubt my search terms and ended up asking very heavy questions, like who is a Jew, anyway, at least according the Moores.

And just when I thought I had the guy, just when the stars aligned, just when God graced me with clarity, the Moores spoke out. Who is a Jew according to the Moores? A man who was born Jewish but has lived more than half his life as an evangelical Christian.

A convert had been a gut feeling when I first wrote about this, but because this guy is a bit off the radar, I didn’t find him. He works for the Moore’s foundation but his name isn’t on the website.

Then I hit on Richard Jaffe, who is one of the Moores’ Jewish Attorneys, too, even if Kayla Moore says he wasn’t the one she meant. I wanted so badly to believe he was the guy. And even though it’s naive to believe Kayla Moore would publicly praise — even in such an clunky, graceless way — this community that I love so much, I still believe that that altruism is where Southern values and Jewish values meet. As Jews, we should hope desperately for the best, for the positive, for the good. As people living in the world of 2018, with the rise of the “alt-right,” the influence of known white supremacists, and the open embrace of neo-Nazi philosophy among politicians given legitimacy in their districts, this is foolish. I know this. I was suspended from an Alabama public school for punching a kid on a bus who had called me a “stupid Jew.”

The Moores said they were afraid that people thought they were Nazis because of Kayla Moore’s “Jewish attorney” comment. Oh, Kayla. That was only the cherry on top of this very unsettling sundae. Could she not put aside whatever pride is driving her saga and pretend she meant Jaffe, who is a great guy and an Alabama citizen?

Since the previous theory about Jaffe being the man in question, I have received countless messages, emails, texts, phone calls and Post-its on my desk from Jews across the South telling me they thought Kayla Moore was lying the whole time. That my quest was in vain and too enthusiastic, too optimistic. That there wasn’t a Jewish lawyer. Or if there were, he wouldn’t be comfortable in a minyan. Of course, in the end, we were all correct about that.

Al.com confirmed that Martin Wishnatsky, a fellow New Jerseyan gone South, was the man she meant. The man who has the quintessential Jewish American story: Ellis Island, Brooklyn, New Jersey, law school. His story, however, takes a detour: evangelical Christianity. Wishnatsky has been a practicing Christian for four decades.

How very Jewish that this comes full-circle.

Wishnatsky. I know this community, and there was a reason I didn’t recognize his name.

It isn’t my job now to go on about my stance on Jewish conversion to the Christian faith. I could point a finger, shout “apostate,” tell the world that this man is not Jewish, that to call him so is misleading and dangerous. But his faith and his beliefs are his. They’re personal. Jews still love Bob Dylan, right? I don’t know why people join or leave faiths, and I was a religion major. Some things can’t be put in a textbook.

Wishnatsky told al.com that he identifies as a messianic Jew, as he feels ethnically Jewish but was never religiously Jewish. And perhaps I would be furious if Kayla Moore had failed to acknowledge this Jewishness. He has that Jewish surname; he had that northeastern Jewish upbringing. He lived that life, and there is no denying him that history. This doesn’t change the fact that no Jew I’ve spoken to since the news broke has been happy about it. If you’ve contacted me about it, you probably used the red angry-face emoji.

History has done this to us many, many times. Many Jews of whom the broader world approves, from Josephus to Judah P. Benjamin, or back to Bob Dylan, have had complicated relationships with Jewishness.

And to Mr. Wishnatsky, I say I am sorry that things didn’t work out with us. But please accept my sincere gratitude for never abandoning your truths.

Sure, Roy Moore’s Jewish Lawyer Is A Christian — He’s Still A Mensch