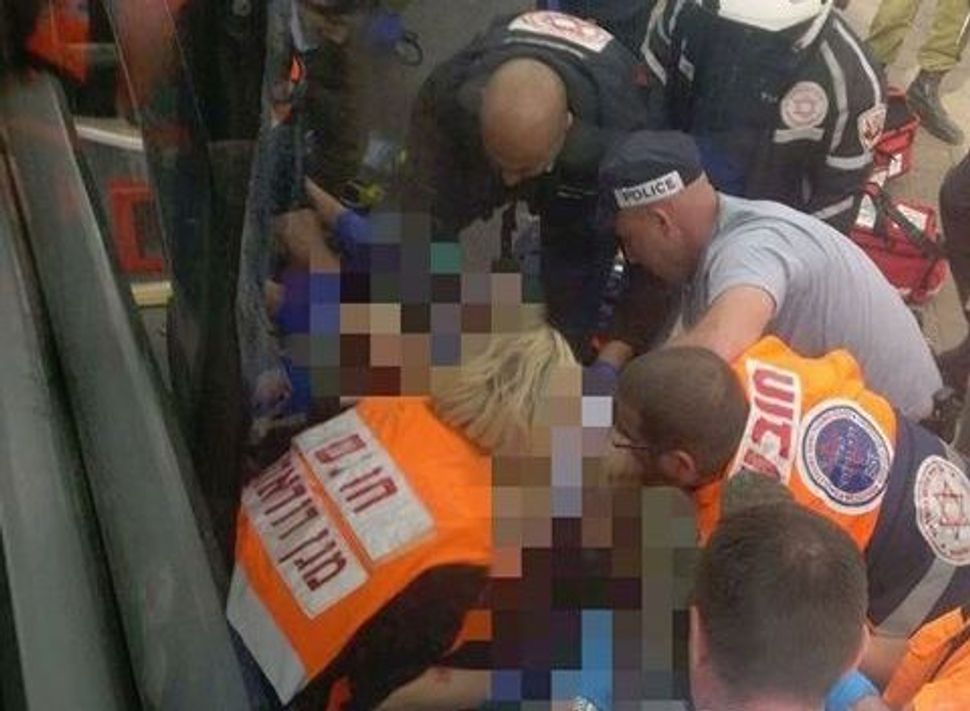 JERUSALEM (JTA) — An Israeli father of four was fatally stabbed in the West Bank settlement of Ariel.

Israeli security forces are searching the area for the Palestinian assailant in the Monday afternoon attack, the Israel Defense Forces spokesman said. An IDF officer who identified the attacker began to pursue him in his vehicle and hit him, but the attacker still was able to flee, according to the IDF.

The attacker’s backpack was found on the scene containing a change of clothes and his identification card, as well as personal items.

The victim, identified as Itamar Ben Gal, 29, from the nearby settlement of Har Bracha, was stabbed multiple times on his upper body at a bus stop near the entrance to Ariel. Paramedics worked to resuscitate him on the way to a hospital in central Israel, where he was pronounced dead.