FACT CHECK: Israel Does Not Have An Armed Citizenry, Mr. Huckabee. 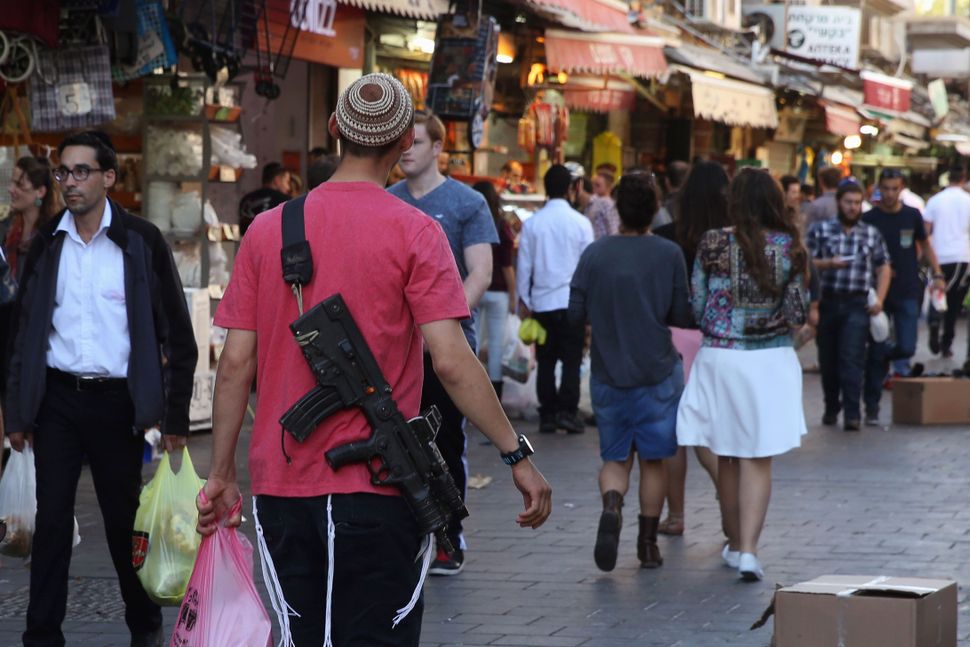 A visitor to Israel may be overwhelmed by the abundance of guns in the streets. Firearms seem to be everywhere: The soldier sitting next to you on the bus has one, as does the security guard at the entrance to the shopping mall, and the neighbor’s daughter coming home from her army base for the weekend.

This may lead to the misperception that Israel’s gun laws are in some way lax.

And it is a misperception. Israel’s laws regulating the possession and licensing of firearms would make even the staunched gun control advocate in the United States envious. From refusing a gun permit to people who cannot prove a real need for holding a gun, to restricting the types and number of firearms those given a license are allowed to purchase, Israel is by no means a heaven for gun freaks.

One who might have fallen for this flawed conception of Israel’s relationship with its firearms is the former Arkansas governor and presidential candidate Mike Huckabee. Following the news coming out of Florida while in Israel, Huckabee tweeted: “Reminded that Israel pretty much eliminated it by placing highly trained people strategically to spot the one common thread — not the weapon, but a person with intent.” Or, to put it in current political terms, the problem isn’t about bad guns, but about bad people.

After the Sandy Hook Elementary School shooting, Wayne LaPierre, leader of the National Rifle Association, tried to make a similar claim, arguing that Israel’s experience points to the need for more guns, not for fewer.

Israel does indeed base its homeland security strategy on professionals — police officers, soldiers and intense intelligence gathering. But it is far from giving a free pass to anyone else wishing to purchase or carry a gun. If Israel is an example of a country that managed to keep gun violence down, it is precisely because of its restrictive gun rules.

Comparative data from 2013 shows that the rate of guns in the hands of civilians in Israel is less than a tenth of that in America. Correspondently, so is the rate of gun deaths. For every 100,000 people, the United States had 10.3 gun deaths. Israel had only 1.6.

At the core stands the different perception of gun ownership. What is seen in America as a constitutional right is viewed in Israel as a privilege given to those in real need of a firearm.

Accordingly, gun licenses are provided, after extensive criminal and mental background checks, only to those who can demonstrate the need to own a firearm: security guards, West Bank settlers and people living in border towns, high- ranking officers and reservists, and business owners at high risk of criminal attacks. Those lucky enough to get a gun license will be required to renew it each year, and to undergo routine checks of health and ability to operate the gun; they will have to report any change in their status. The gun license is not for life and is issued only as long as authorities deem the owner to be in need. License bearers are limited in the type of firearm they are allowed to possess (in most cases one handgun) and the amount of ammunition.

Experts agree that limiting civilians’ access to firearms is key to establishing lower gun violence in Israel. It could also be key to reducing suicide rates.

Writing in the New York Post, Janet Rosenbaum from the school of public health at the State University of New York Downstate, in Brooklyn, pointed to another restriction imposed by Israel: limiting the access of off-duty soldiers to guns as a measure aimed at lowering suicide rates among young adults. Results, she said, were positive, and gun control measures proved effective in reducing suicide rates. “The U.S. should follow Israel’s lead,” Rosenbaum concluded.

FACT CHECK: Israel Does Not Have An Armed Citizenry, Mr. Huckabee.