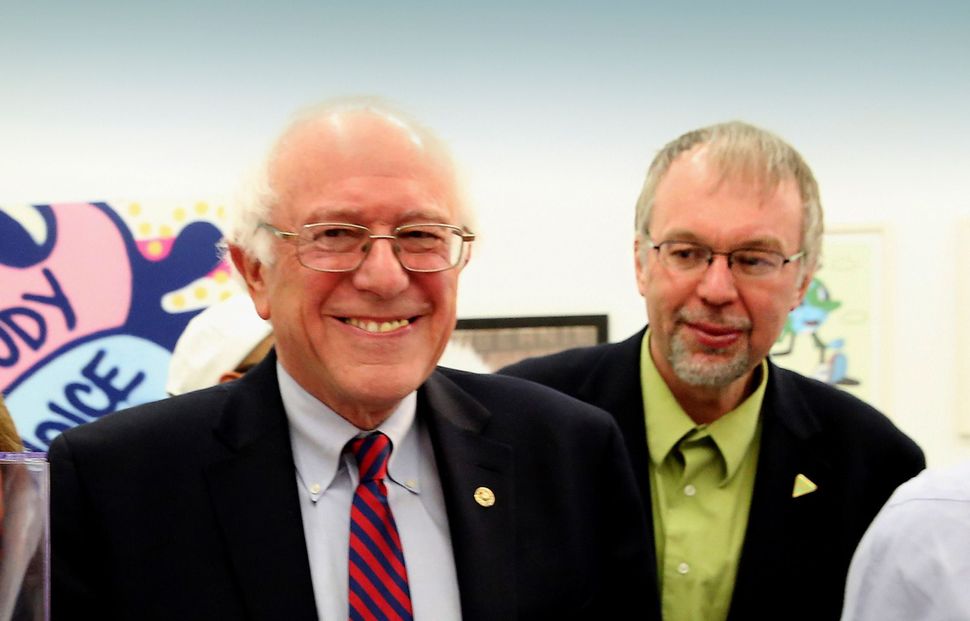 Can Levi Sanders shock the political world like his famous dad (almost) did against Hillary Clinton?

The odds may seem stacked against Levi Sanders in his quest to win a crowded Democratic primary in New Hampshire’s 1st Congressional District. There are already seven other Democrats vying for the nomination, one of them has already emerged as the Democratic establishment’s choice, and at least one other has won over progressives. Levi Sanders is virtually unknown to voters, and doesn’t even live in the district he wishes to represent in Congress.

But then again, he does have the Sanders name and pedigree — and experience on a campaign that unexpectedly won many times.

“The Sanders name is obviously a famous one in New Hampshire,” said Prof. Dante Scala, a political scientist at the University of New Hampshire who tracks local politics. “He’ll have to lean on that heavily because he’s attempting an unusual feat –- to win the nomination of a congressional district while residing outside it.” Sanders lives in Claremont, a small town that is closer to Vermont than it is to the 1st district.

Levi, the only biological child of Vermont Sen. Bernie Sanders, made a point of staying as far away from the spotlight as possible during his father’s high-profile presidential run. He consulted from behind the scenes but almost always kept a safe distance from the cameras and the circle of admirers surrounding his father. For most, Levi and his political views remained a mystery.

Where does the young Sanders stand on the issues?

With only his official campaign statement and his Twitter account to rely on, Levi Sanders emerges as a progressive focused on issued of concern for struggling Americans, while also voicing some unrefined opinions that reflect his political inexperience.

Levi Sanders’ professional career has centered on his work as a legal analyst, representing clients fighting to receive Social Security benefits. His political platform reflects similar concerns and echoes the key themes of his father’s campaign: a “Medicare for all” single-payer healthcare system, free public college education, and raising the minimum wage. Other issues he noted include gender equality, gun control and fighting opioid addiction. “It is time to demand that we have a system which represents the 99% and not the 1% who have never had it so good,” Sanders wrote in his statement.

At 48, Levi Sanders bears a resemblance to his father, though somewhat less disheveled than the Bernie look that became a symbol for progressives in the heated 2016 election cycle. He refers to his father in public as “Bernard” — never “dad” or “Bernie” — and mostly distanced himself from his father’s career over the years, though he is clearly a big supporter. 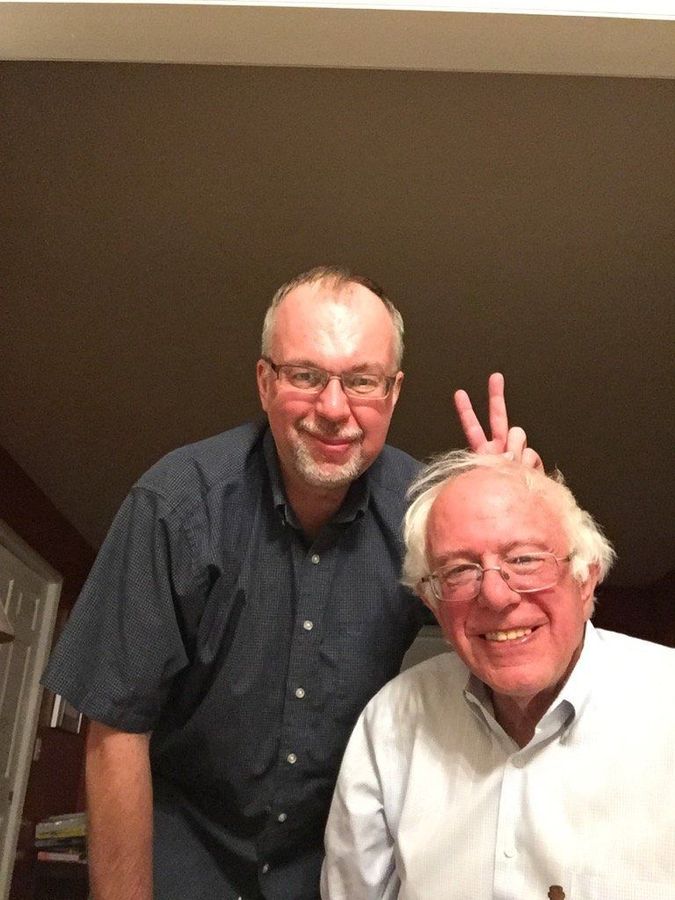 Bernie Sanders met Susan Campbell Mott, Levi’s mother, shortly after his divorce from Deborah Shilling and his return to the U.S. from Israel, where he volunteered on a kibbutz. Mott and Sanders never married but they lived together in Vermont, where Levi, their only child, was born in 1969. The couple broke up several years later and had an informal shared custody arrangement.

When with his father, Levi soaked up the spirit of liberal activism, listening to kitchen table conversations of local progressives planning their future. When Bernie Sanders married Jane O’Meara in 1988, her three children from a previous marriage joined Levi in their Vermont home.

Levi Sanders is married to Raine Riggs, a clinical psychologist. They have three young children, all adopted from China, and proudly featuring now his campaign’s website homepage. His religious beliefs, if any, remains private, and several local rabbis from Vermont and New Hampshire told the Forward they were not aware of any Jewish affiliation he may hold.

Sanders’s only foray into politics before this week was a failed run for the Claremont city council eight years ago. He has made no other indication of any personal political ambition.

A collection of his tweets, carefully scrutinized online after his February 26 congressional race announcement, indicates that Sanders probably wasn’t considering a political career of his own. Otherwise it is hard to imagine why he would choose to criticize Chelsea Clinton, Barack Obama and Kamala Harris, or question the use of the term “white privilege.”

New Hampshire’s 1st congressional district is very much in play. Sanders is the eight Democratic candidate file to replace retiring Rep. Carol Shea-Porter. Sanders will have to battle Chris Pappas, the executive councillor of Manchester who is considered an establishment favorite. Also running strong is Iraq war veteran Maura Sullivan, with more than $400,000 in campaign funds as of January. On the progressive side, state Reps. Mark MacKenzie and Mindi Messmer are gaining support. Supporters of Bernie Sanders, who carried the state easily in the 2016 Democratic primaries, had already lined up behind several of the candidates before Levi joined the race. But in a field this spread out, earning only 20% of the vote could lead to victory.

A true swing district, New Hampshire’s 1st voted for Donald Trump in 2016 by one percent over Hillary Rodham Clinton, and at the same time elected Shea-Porter, a Democrat, to Congress. Republicans have targeted the district as a potential turnover in 2018, but with relatively poor fundraising numbers for their candidates, the Cook Political Report has taken the district off its “toss up” list and now ranks the open seat as “leaning Democrat.”

“New Hampshire’s 1st District is a perennial bellwether with a slight Republican tilt, but the president’s party typically suffers in midterm elections, and national polls so far suggest this midterm will be no different,” Scala explained. “Democrats have the advantage in keeping this seat.”