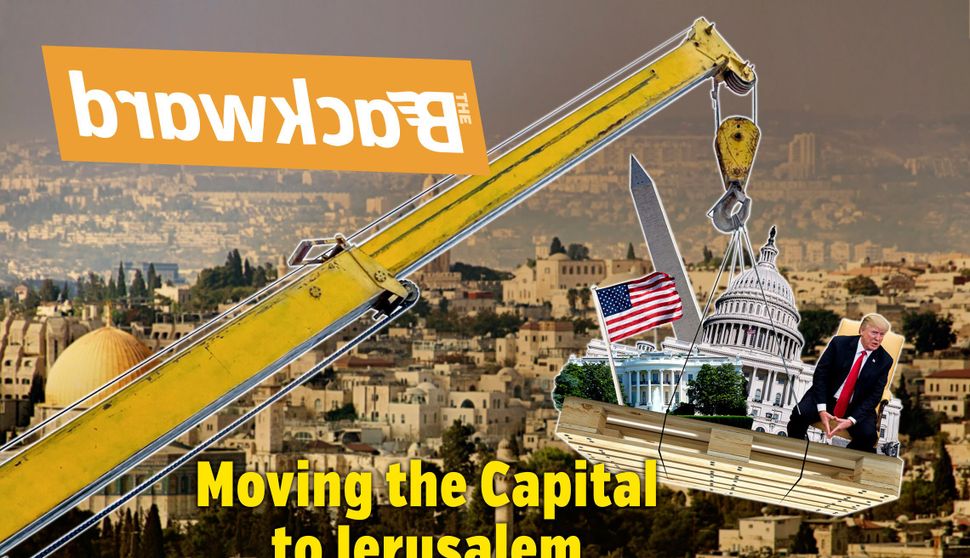 “Today we finally acknowledge the obvious: that Jerusalem is Israel’s capital,” President Trump said while hoping he’d used the right denture fixative. “This is nothing more or less than a recognition of reality,” he purred, warming his hands at a beautiful clean coal fire. “It is also the right thing to do. It’s something that has to be done. We must do it. Do it now.”

Apparently talking about the Arab-Israeli conflict he continued. “It would be folly to assume that repeating the exact same formula would now produce a different or better result.” 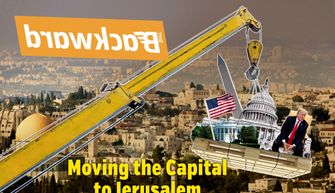 Trump also announced as an aside, that since no one had found a cure for cancer using those sad old methods, he was going to use assault rifles to shoot cancerous cells. And, in order to promote nuclear fusion, he would arm scientists.

“But, Mr. President,” asked Harry Jawea of the Backward, “what is the final stop on the road map to your peace in the Middle East?”

“I’m glad you asked me that. It’s going to be great. We’re going to have the greatest view of the end times, really the greatest.”