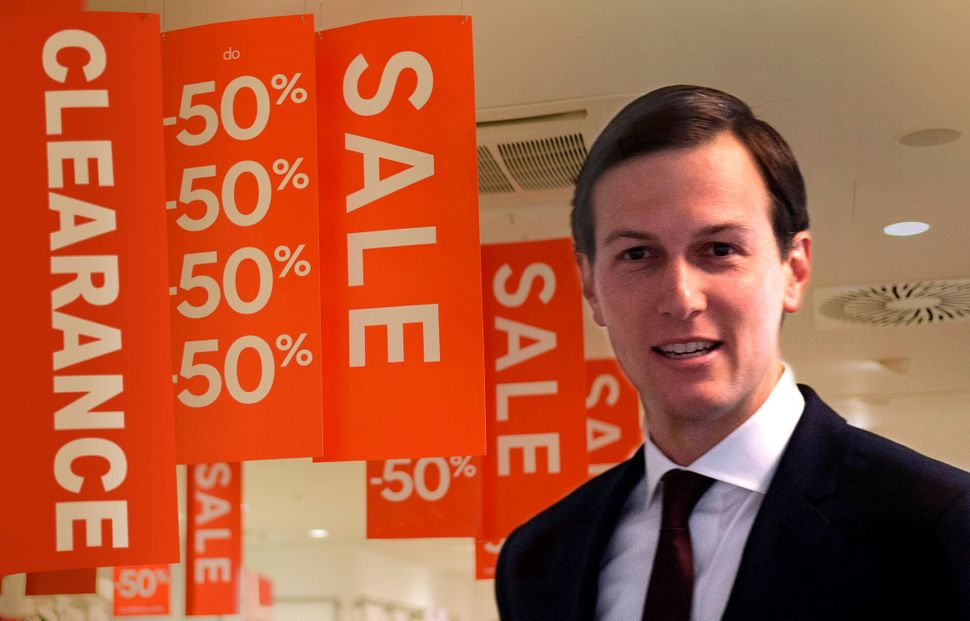 It has come to the Backward’s attention that there’s a Clearance Sale on at JC Penney.

After the revocation of his Top Secret status by White House chief of staff John Kelly, Jared Kushner is in the market for a new clearance. And, especially after that great deal on his Calvin Klein boxer briefs, JC Penney might be exactly where Jared would go to get one.

We will keep this story updated.

Updated 9am February 28 The lawyer for the spokesman of Jared Kushner’s lawyer’s spokesman says that the Kushner/Trump family have no comment on the clearance issue and they will discuss neither the sale of clearances nor the clearance sales at JC Penney or Century 21.