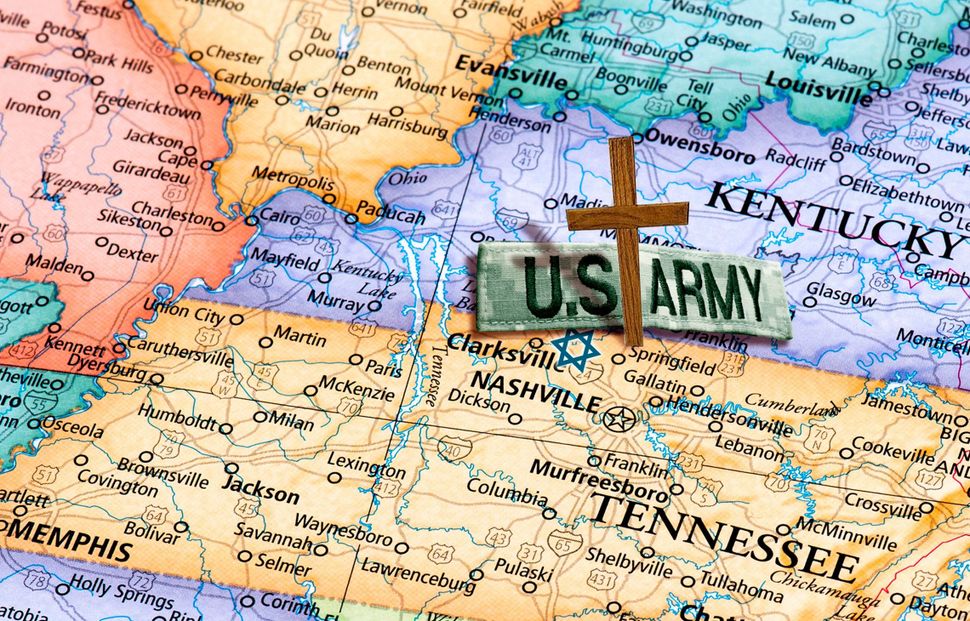 The Jews on the country’s second-largest military base haven’t had a rabbi for years. Until very recently, though, they had Jeanette Mize.

She and her family led services and cooked holiday meals there. Because of her, the Jews of Fort Campbell, the Army base that straddles the Kentucky-Tennessee border, didn’t have to drive 60 miles to the nearest synagogues in Nashville. Instead, they were able to celebrate the Sabbath and holidays at home on the base, together.

Mize, 69, had been serving as the community’s lay leader for almost two decades when chaplains new to Fort Campbell fired her in late February. The chapel has been empty on Friday nights since then.

“These fundamentalist Christian chaplains have shut down Shabbat services,” Mize told the Forward. “They just snapped their fingers.”

Now a watchdog group is calling for the chaplains to be tried in a court-martial, the military’s judicial process. The Army has dispatched an official outside investigator to determine whether the chaplains broke any rules, or hurt Fort Campbell’s Jewish soldiers by removing Mize without a replacement at the ready. A new lay leader was supposed to be announced to the community on the holiday of Shavuot, which starts on Saturday night, base spokesman Robert N. Jenkins told reporters last month.

“They’re persecuted for not being Christian enough,” said Mikey Weinstein, the founder and leader of the Military Religious Freedom Foundation, a not-for-profit watchdog group that fights against religious discrimination and coercion in the military. Weinstein is a lawyer and veteran.

Two Jewish congressmen from the New York area, Democrat Eliot Engel (D-Bronx) and Republican Lee Zeldin (R-Long Island), have joined the push to get to bottom of what they called “discrimination” against Jewish service members at Ft. Campbell.

Zeldin, who is also an Army reserve officer, called for Mize to be reinstated and Shabbat services continued until a probe is complete — and any wrongdoing is punished appropriately.

“It is critical our military upholds the highest standards and holds accountable any individual who discriminates against Jewish servicemembers,” Zeldin said in a letter to Major General Andrew P. Poppas, the commander of Ft. Campbell.

Engel wrote to Defense Secretary James Mattis: “Members of the U.S. Armed Forces are entitled to freely exercise their religion.” 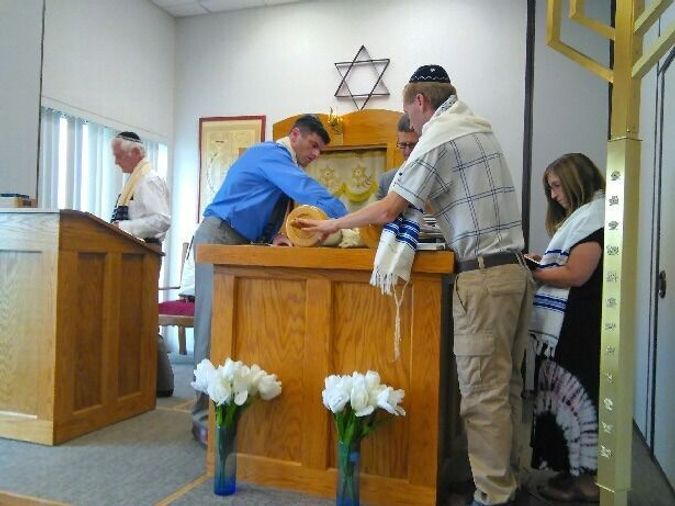 Services at Ft. Campbell Image by Courtesy of Jeanette Mize

Constructed during World War II, Fort Campbell is a storied base, home of the “Night Stalkers” — the elite 160th Special Operations Aviation Regiment (Airborne) – who participated in the raid on Osama Bin Laden’s compound. Yet it’s a relative newcomer to the area compared to Mize’s family. They own a scrap business in nearby Clarksville, Tennessee and have lived there since 1896.

Mize, who was raised in the Conservative movement, started worshipping at Fort Campbell back when there were still permanent rabbis assigned to the entire base. After the last one left in 1990, she stepped up to help the community. Around 235,000 people live on the base, but only about 85 of them are Jews, Mize estimated.

The entire Army has 11 rabbis, Jenkins has said, so it relies on local volunteers to help support small Jewish communities. Along with her husband Curt and son Lawrence, Mize has been in charge of the Fort Campbell’s Jewish chapel since 1999.

“It’s not something we started — it was heritage, it was tradition, and it was something we kept going to ensure that the Jewish soldiers had a place to worship.” Mize explained. “They protect our country, the least thing we can do is show them our support.”

Until 2016, Mize also felt supported — by the base’s top garrison chaplains, who were Christians. She had no problems with any of them, she said, nor they with her. Some even occasionally attended services, at her invitation. Then, in the summer of 2016, Col. John Murphy and Lt. Col. Sean Wead took over. She invited them to services, too, but they never came.

Murphy “started this toxic environment…and then Chaplain Sean Wead came right after him and he embraced the same atmosphere,” Mize said. “They trained other chaplains to have the same attitude,” she added.

Jenkins, the base spokesman, declined to comment to the Forward, citing the ongoing investigation. The Forward was unable to contact any soldiers currently serving on the base.

The tension between Mize, Murphy and Wead simmered until it boiled over when they started, this past winter, to plan for Passover, a week-long festival that started on the evening of March 30. Mize had always been especially proud of the elaborate Seders — the lengthy, multi-course ritual meal served on that holiday — she organized for the soldiers.

Then she found out that the chaplain’s office had scheduled the Seder for March 28. Mize was concerned, because for Jews, celebrating holidays on the right days is a matter of religious duty. 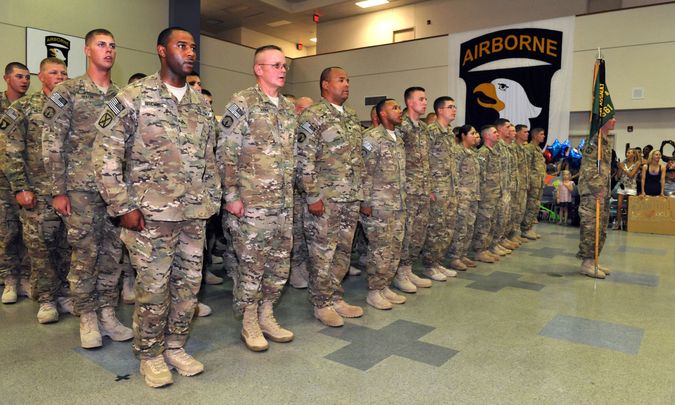 Mize took the matter up with one of Murphy and Wead’s subordinates, Maj. Sean Phillips.

“I said, ‘That’s not the date,” Mize recounted. “‘March 30 and 31 are Passover.’ And then he said, ‘[Those days are in] a four-day weekend for the soldiers, and we didn’t want to waste the money’” because many soldiers would have left the base on those days.

It was not long after this argument that Phillips and another chaplain, Lt. Col. Kevin Wainwright, called Mize and her husband into his office and terminated them. He refused to explain why.

“Then [Wainwright] said, ‘I appreciate your service,’” Mize recounted. “And I said, ‘You don’t appreciate our service, you never said that in the past year….You can’t appreciate it because none of you have ever been there.”

Phillips then allegedly said that his subordinate, Capt. George Nytes, who oversaw Jewish worship, reports back to him.

“I said, ‘George has never gone to services,’” Mize said.

“It would compromise his religion,” Phillips allegedly responded.

“We view this as classic anti-Semitism,” Weinstein said.

Weinstein said that by possibly flouting Army regulations when firing the Mizes and then not immediately finding a replacement to lead weekly Shabbat services, the chaplains had broken their oath to the Constitution by “creating a religious test. The only people who get access to religious services are those who subscribe to their beliefs.”

Murphy and Wead “deserve to be court-martialed and if found guilty, should be kicked out, fined and imprisoned,” Weinstein said.

Weinstein’s advocacy helped move the Mizes’ complaint from an internal inquiry to an investigation conducted by an official investigator. Since he took up the case, multiple nearby Jewish Federations have publicly advocated for the Mizes. So did Engel, the top Democrat on the House Foreign Affairs Committee, who wrote the letter to Mattis asking that the investigation be conducted quickly and thoroughly.

Issues involving Christians discriminating against non-Christians in the military have occasionally popped up, Kim Phillip Hansen, a professor at Mount St. Mary’s University and the author of “Military Chaplains and Religious Diversity,” told the Forward.

“Of course it’s going to happen. Sometimes it’s not directly purposeful. It can be petty administrative decisions, budgeting things like that,” he said, although he couldn’t estimate how common it was.

Weinstein said that where a base has Jewish programming, “fundamentalist” Christians will hinder it 40% of the time.

“If [volunteer lay leaders] try to stand up to fundamentalist Christians who are bullying them … they don’t last very long,” he added.

“We started seeing a near doubling of our client load when he became the presumptive GOP nominee,” Weinstein said, adding, “Hatred of the other, hatred of that which is not white, straight, Protestant, male fundamentalist Christian, is now the order of the day.”

Religious prejudice from chaplains is rare, said Hansen, who has observed it more frequently in low-ranking enlisted personnel.

“In my own research, a rabbi told me about both profound respect and collaboration, and a sort of clueless insensitivity,” he said. “Sometimes it’s born from ignorance. But if we’re talking about other chaplains, they should know better.”

Mize spoke to the Forward soon after her interview with the military investigator, which she said lasted over two hours.

“I don’t think he thought he was going to get so much information and so [many people] to talk to,” she said. “And on my list [of witnesses] were non-Jewish people who have had similar experiences. These two people have caused a lot” of problems, she said, referring to Murphy and Wead.

Mize has also heard from one of her witnesses that Jewish worship may be moved from its current chapel to another facility — which has an outdated air conditioning and heating system, lacks a separate kitchen that could be made kosher, and doesn’t face east, the direction of Jewish prayer.

She’s also concerned that the Jewish worship program may be shut down entirely. Chaplains had complained to her about low attendance at services.

Attendance at Jewish events can vary widely due to the transient nature of military personnel, who are deployed around the country and world. As at most synagogues, participation rises on important holidays. One rabbi who was briefly on the base last year estimated that only five to seven soldiers would attend Shabbat services.

During her exit interview, Mize said, one of the chaplains suggested something to the effect of, “It might help to have a pretty female talking to the Jewish soldiers.”

For most of their 19 years leading services, Mize said, “We were supported, we had a worship area. It’s just like Mikey said: All of the sudden, there’s a new Pharaoh in town.”