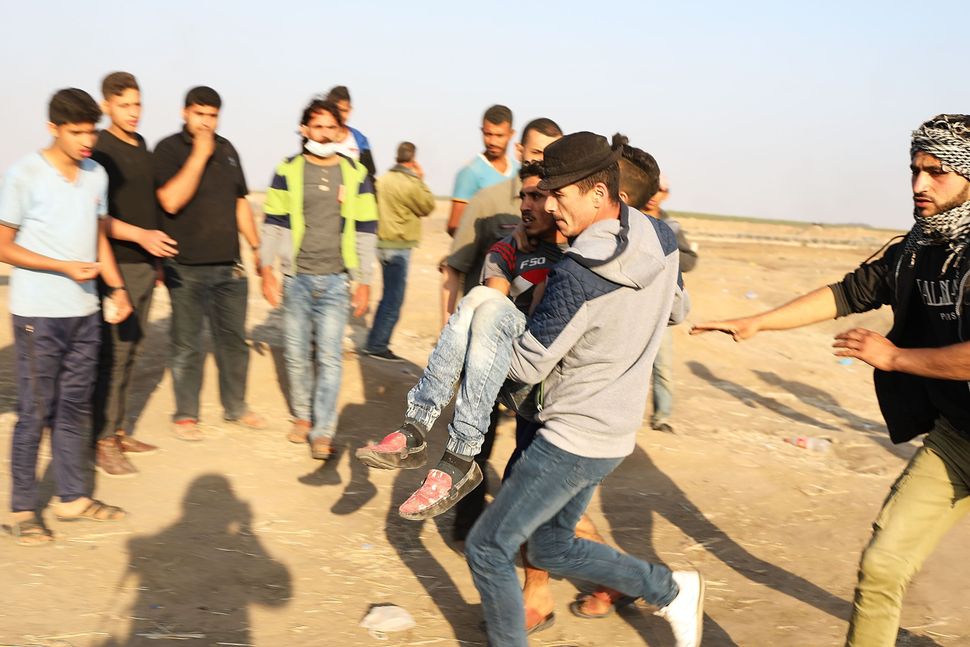 Facebook comments that the app directed its users to “like” are now the top comments on more than a dozen posts from major news outlets about Monday’s shootings, including posts by the Wall Street Journal and CNN.

The app, called Act.il, is a joint project of Sheldon Adelson’s Israeli-American Council and IDC Herliya, an Israeli university. As the Forward reported in November, it works closely with Israel’s intelligence community and its Ministry of Strategic Affairs.

The app acts as a pro-Israel human “botnet,” recruiting volunteers to perform social media “missions” online. Since Monday, the app has kicked into overdrive. Its campaign has focused on driving “likes” to pro-Israel comments on news organization’s Facebook posts, making the comments more visible to casual browsers. Some of the comments are false or misleading.

In “missions” posted through the app and distributed in an email blast on Monday, the app’s handlers called on volunteers to “support Israel online now” by “supporting pro-Israeli comments and assuring these become the top comments — the first ones that readers see!”

The comments, many of them posted by the same few users, defend Israel’s actions on the Gaza border.

On a May 15 Facebook post by Fox Business, which mentioned an 8-month-old Palestinian baby who died after inhaling tear gas at the border on Monday, Act.il asked users to like a comment that asked: “WHY would you bring a baby to a violent protest unless you were fully willing to have that baby die for the cause?” The comment is currently the top comment on the post, with 443 likes.

Act.il also asked users to like what is now the top comment on a May 14 Facebook post by CNN Politics about a White House statement placing blame for the deaths of the Palestinian protesters on Hamas. The boosted comment mischaracterizes the events on the border, suggesting that Israeli forces shot Palestinians who had crossed the border fence, which is not the case. 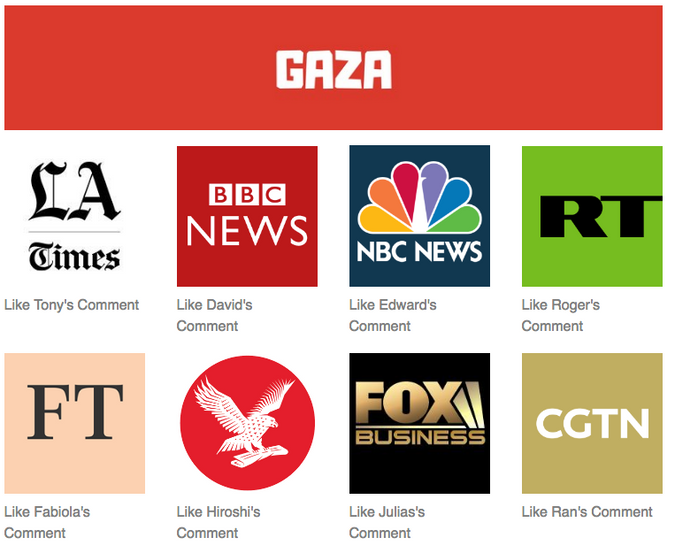 “I am sure it was done in intent so your readers are not aware of the truth,” the comment continues. “The rioters was causing bodily harm and throwing home made explosive devices at the IDF and Israel’s citizens.”

Other “missions” currently posted in the Act.il app ask users to share a post by the U.S. Mission to the United Nations of U.N. Ambassador Nikki Haley defending the Gaza border shootings in a speech to the Security Council, and asking users to vote “no” in a Twitter poll by a South African news outlet asking whether South Africa should expel Israel’s ambassador over the border shootings.

The last mission, at least, was a failure. The vote came out heavily in favor of expelling the Israeli ambassador.