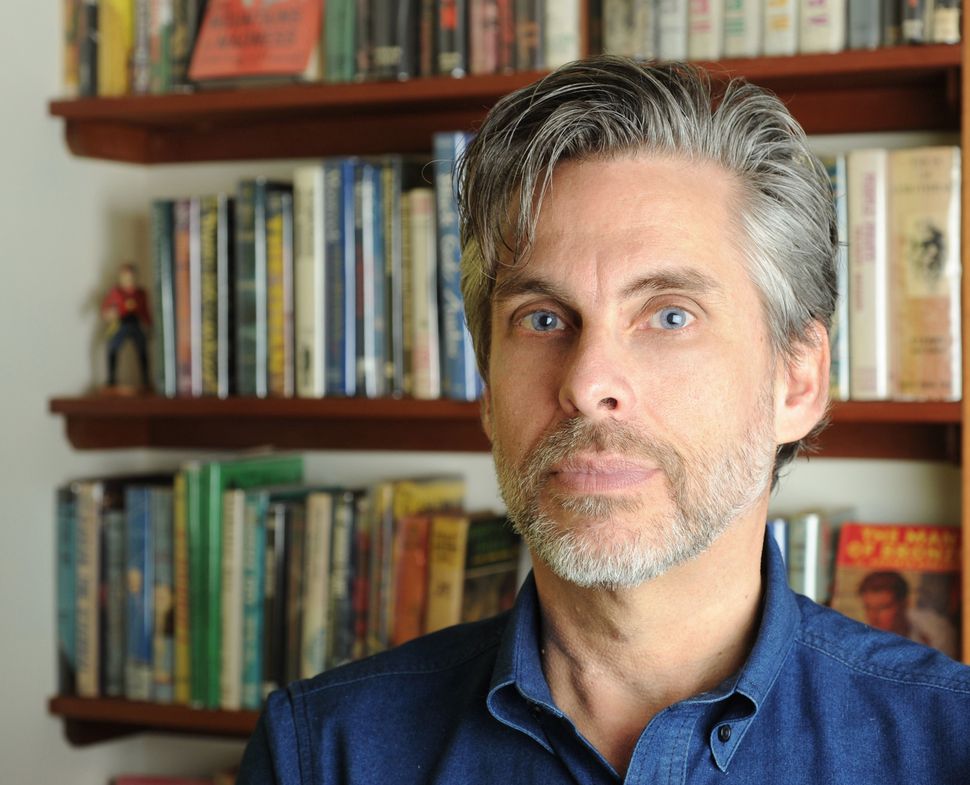 (JTA) — Novelist Michael Chabon delivered a diatribe against Jewish inmarriage, as well as Israel’s occupation of the West Bank, in a commencement speech to newly ordained Reform rabbis.

Speaking to the graduating class of the Hebrew Union College-Jewish Institute of Religion in Los Angeles on May 14, the author of acclaimed novels including “The Yiddish Policeman’s Union” lambasted boundaries of any kind — religious, ethnic or national. He spoke about how he once wanted his children to marry Jews, but now opposes the idea of Jewish endogamy.

He also spoke of his own atheism and dislike of obligatory Jewish rituals, and asserted that the story of the Jewish exodus from Egypt was fabricated.

Chabon threaded harsh criticism of Israel’s West Bank occupation throughout the speech. He particularly criticized the Jewish settlement in Hebron, which has a history of conflict with the surrounding Palestinian residents, and criticized the West Bank separation barrier. He questioned the idea that its true purpose is to provide security for Israelis.

“Security is an invention of humanity’s jailers,” Chabon said. “Anywhere you look, it is and has always been a hand of power drawing the boundaries, putting up the separation barriers and propagandizing hatred and fear of the people on the other side of the wall. Security for some means imprisonment for all.”

The speech has come in for criticism. At least one graduate, Morin Zaray, walked out in protest, and wrote an op-ed in the Los Angeles Jewish Journal denouncing Chabon for placing blame solely on Israel, as well as the school for inviting him.

“For someone who presents himself as an intellectual — steeped in nuance — Michael Chabon has a remarkable ability to present a one-dimensional reality in which the Jews are evil oppressors and the Palestinians are powerless victims, with no agency, no responsibility and no blame,” wrote Zaray, who earned a master’s degree in nonprofit management. “Such a careless disregard for depth and complexity dishonors an institution of higher learning — particularly a Jewish one — particularly on a graduation day.”

Hebrew Union College administrators responded to critics of Chabon’s speech and the decision to invite him in an op-ed for JTA.

“As both an Israeli and American institution, belonging to two proud democracies defined by lively civil discourse, it does not occur to us at HUC-JIR to quash or vilify political criticism of Israel out of a preemptive fear of controversy,” wrote Rabbi David Ellenson, the interim president and chancellor emeritus, and Joshua Holo, the dean of the Los Angeles campus of HUC-JIR. “On the contrary, we know that the confidence to invite challenging ideas both defines and validates democracy in the first place.”

Ellenson and Holo noted that Chabon also said he embraces Israel and appreciates its need for security, and that speakers with a wide degree of ideologies have spoken at its campuses.

“Coherent counter-arguments abound, in both Israel and the Diaspora, and when a demonstrably Zionist institution like HUC-JIR grants them a hearing (though we did not actually know what Chabon would say), we can reasonably expect it to be understood as entertaining a loyal critique,” they wrote.

Seven rabbis were ordained and 18 students earned their master’s degrees at the Los Angeles ceremony.

In 2016, Chabon and his wife, fellow novelist Ayelet Waldman, led a group of writers on a tour of the West Bank and published the subsequent essay collection “A Kingdom of Olives and Ash,” which was critical of Israeli policy.

He accused the Jewish residents of Hebron, where Israeli soldiers separate a small Jewish community from the Arab majority, of seeing Palestinians as “less truly human.”

“I abhor an enclave, too, a gated community, a restricted country club, or a clutch of 800 zealots lodged in illusory safety behind a wall made from the bodies of teen soldiers, gazing out in scorn and lordly alarm at the surrounding 200,000 residents of the city of Hebron,” he said.

In the speech, Chabon noted that Waldman is Jewish, but that “Endogamous marriage is a ghetto of two.”

“It draws a circle around the married couple, inscribing them and any children who come along in the figurative wall of tradition, custom, shared history and a common inheritance of chromosomes and culture.”

He later said he sees intermarriage of all types as “the source of all human greatness,” and added subsequently that “Any religion that relies on compulsory endogamy to survive has, in my view, ceased to make the case for its continued validity in the everyday lives of human beings.”

Although the Reform movement does not ordain rabbinical students who have non-Jewish spouses or partners, its rabbis may perform interfaith marriages, often with the requirement that the couple commit to creating a Jewish home raising their children as Jews.