WASHINGTON — The FBI’s investigation of the American Israel Public Affairs Committee did not go into high gear until more than a year after the Pentagon’s top Iran analyst allegedly passed foreign policy strategy information to two Aipac officials.

The investigation only intensified in July, when the FBI allegedly directed the same Pentagon analyst, Larry Franklin, to conduct a sting operation against Aipac officials, providing them with purportedly classified information to pass on to Israel, according to sources close to the investigation.

On December 1, the FBI returned to the headquarters of the pro-Israel lobby, searching staffers’ offices. The bureau also issued subpoenas to four Aipac staffers to appear before a grand jury at the end of this month.

Most accounts of the Aipac investigation have focused on the Franklin lunch with Steve Rosen, Aipac’s director of foreign policy issues, and on Keith Weissman, an Iran specialist. A meeting, it has been learned, occurred June 26, 2003, at the Tivoli restaurant in Arlington, Va.

The chronology is important, say several sources with direct access to the prosecution’s case, because it suggests that that meeting produced insufficient grounds for the FBI to pursue a case against Aipac.

“We always wondered why there had been no contact by the FBI from June 2003 to August 2004,” when Aipac’s headquarters were raided, said a source familiar with the government’s investigation. “That’s more than a year.”

“It never made sense, if this violation” that is alleged to have taken place at the Tivoli lunch “was so serious,” the source said.

Instead, the probe of Aipac appears to have intensified only after the FBI monitored a call between Franklin and reporters at CBS News in May, in which he allegedly disclosed information about aggressive Iranian policy in Iraq.

One of those reporters was Adam Ciralsky, a former attorney at the CIA who sued the agency after he quit in 1999 on the grounds that he was harassed for his Jewish roots and for his connection to Israel.

After the call in May, the FBI’s counterintelligence division headed by David Szady, who also supervised the alleged campaign against Ciralsky, confronted Franklin, according to sources familiar with the case.

Threatened with charges of espionage and WITH decades of imprisonment, Franklin was deployed to set up a sting against Aipac, the sources say.

According to sources, he also was involved in initiating contact with some neoconservative defense experts, several of them Jewish, who supported Ahmad Chalabi, president of the Iraqi National Congress. Chalabi had deep ties to Bush administration officials.

Chalabi’s political adviser, a non-Jewish American, was targeted also, according to sources. Chalabi is at the vortex of a Pentagon-intelligence community squabble over pre- and postwar policy in Iraq.

Aipac had been under intense scrutiny by the FBI throughout early 2003, but the law enforcement officials had seen nothing to justify prosecutorial action, sources said.

At the Tivoli Restaurant lunch with Aipac, Franklin allegedly gave a verbal mention of information from a classified Pentagon policy paper.

But Franklin did not actually pass along the document, according to multiple sources familiar with the document and the prosecution’s case.

The Pentagon policy paper reportedly proposed an American strategy to destabilize Iran in the face of its growing nuclear potential, according to the sources.

The Tivoli lunch didn’t trigger an immediate prosecution: No document was passed, sources say, and while the verbal information allegedly was drawn from a Pentagon document that did enjoy a low-security classification — as do many such planning-debate documents in Washington — much of its content already had been aired in the media.

Aipac steadfastly has denied that it violated any laws, and insists it is the victim of a witch-hunt.

Franklin refused to speak about the matter.

Franklin had been under increased scrutiny since disclosure of a secret meeting in December 2001 with former Iranian spy and arms merchant Manucher Ghorbanifar, which some in the Washington establishment claimed was unauthorized. Ghorbanifar was on a CIA “burn list” of individuals who could not be contacted, according to informed intelligence community sources.

Franklin didn’t know it, but the FBI’s counterintelligence division was monitoring his May 2004 phone conversation with the CBS reporters, including Ciralsky.

Friends and colleagues describe Franklin as a dedicated public servant who is deeply concerned about growing Iranian influence in Iraq.

During this time, Franklin was not represented by an attorney and the government placed him on unpaid leave.

Franklin, who is the sole breadwinner for five children and for his wheelchair-bound wife, was terrified by the threats, according to multiple sources familiar with his situation.

Szady’s FBI counterintelligence division then devised a strategy to use Franklin as a plant to set up Aipac, according to sources.

The FBI sting, first reported by Janine Zacharia in the Jerusalem Post, allegedly directed Franklin to offer Aipac officials supposedly urgent classified information about Iranian plans to kidnap and murder Israelis operating in northern Iraq. Whether the information was manufactured or accurate is not clear.

The exact date and location of the sting, which came in the form of a meeting, have not been disclosed previously, but according to sources with access to prosecution information, it took place July 21 at a suburban Virginia mall.

Believing they had a life-or-death situation on their hands, Aipac officials reportedly contacted the Israeli Embassy, thereby prompting action by the FBI counterintelligence division.

Meanwhile, four congressional Democrats have asked the Bush administration to brief Congress on the FBI probe.

In a letter last week to President Bush, Reps. Robert Wexler of Florida, Robert Menendez of New Jersey, Eliot Engel of New York and Gary Ackerman of New York said that with the case intensifying, Bush should clear up concerns about the probe’s integrity.

Citing reports about the alleged Aipac sting and leaks to the media, the letter said, “Mr. President, an honorable organization is on the line, as are the reputations of dignified individuals, and Congress has yet to hear from you or your administration on this issue despite previous requests.”

Meanwhile, Franklin is working menial outdoor labor jobs to support his family, and remains uncertain where the case against him is going. Said one source who knows him: “He is literally shaking. He has been destroyed.”

Among those whom Franklin was directed to call as part of an alleged series of sting operations was Francis Brooke, Chalabi’s American political adviser in Washington. Brooke said he turned aside Franklin’s request for information on the code-breaking information Chalabi is accused of providing to Iran, telling him, “It is all horse dung.”

During June, July and August, Franklin, still apparently being directed by the FBI, made a series of calls to prominent personalities — conversations that have been labeled by the recipients as “weird,” “curious” and “totally out of keeping for Larry.” At least some of these calls were at the behest of Szady’s counterintelligence unit, according to several sources, but it is not known which.

Around late June, Franklin called Richard Perle, an American Enterprise Institute defense policy strategist who is former chairman of the Pentagon’s Defense Policy Board, according to several sources familiar with the call.

Perle was just dashing out the door and preparing for summer travel, and did not enter the call into his telephone logs, the sources said. But he felt the call was “`weird” and took no action, according to one source.

In August, Franklin also called Ciralsky, who by this time had moved to NBC News, where he was covering security developments in Iran, sources said. Franklin apparently tried to set up a meeting with Ciralsky, but no such meeting ever occurred, according to sources familiar with the call.

By the end of August, Franklin had been assigned a court-appointed attorney whose name was sealed under court order, according to sources familiar with Justice Department filings in the case. That attorney advised Franklin to sign what sources familiar with the case termed “`really terrible plea agreement” that would have subjected him to a very long prison term under the most severe espionage laws.

In September, a friend referred Franklin to renowned Washington defense attorney Plato Cacheris. In the past, Cacheris has represented accused spies and even Monica Lewinsky. Franklin fired his court-appointed attorney, and Cacheris began representing him pro bono.

Meanwhile, on August 27 the FBI counterintelligence division raided Aipac. The raid and the information about a Pentagon “mole” working with Aipac were leaked to CBS immediately.

Leslie Stahl led with the story on the network’s evening news. On its Web site, CBS headlined, “The FBI believes it has ‘solid’ evidence that the suspected mole supplied Israel with classified materials that include secret White House policy deliberations on Iran.” A picture of the FBI’s Szady was prominently displayed next to the headline.

FBI officials refused to discuss the search and subpoenas. Szady, who has been decorated twice by the CIA for distinguished service, answered one critic by writing, “I am not at liberty to comment on pending investigations.”

An FBI source with knowledge of Szady’s investigation bristled at the intense media coverage of the counterintelligence division’s tactic. Said the source: “We are just following the evidence and seeing where it leads.” 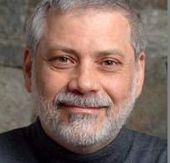