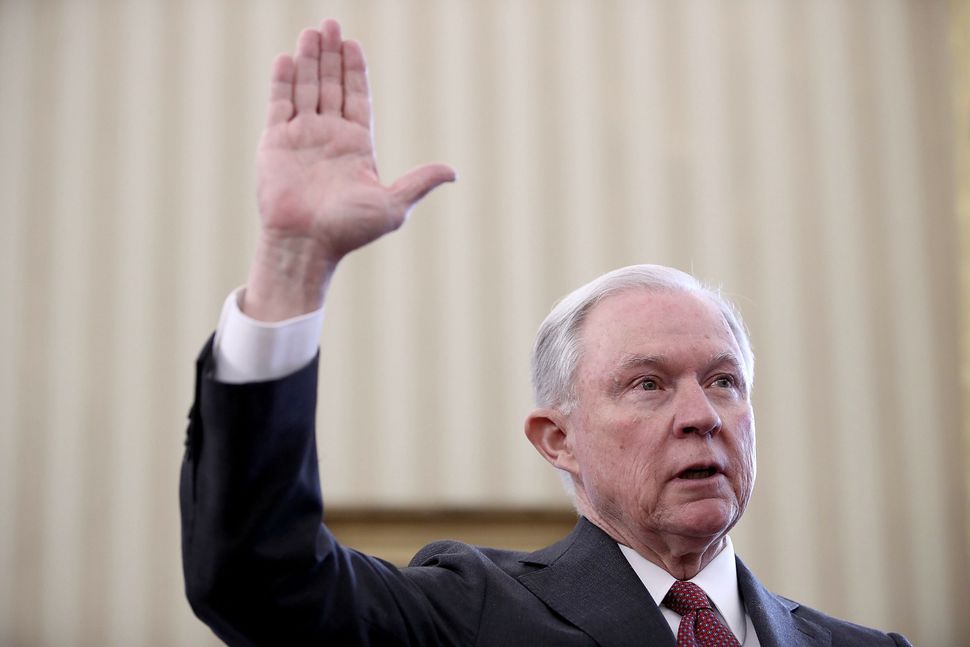 Progressive Jewish organizations called on the Orthodox Union to question Attorney General Jeff Sessions about his immigration policies during his scheduled speech at the OU’s annual Leadership Mission in Washington D.C. on Wednesday.

Sessions is slated to focus on “religious liberty” and security for religious schools and synagogues when he speaks during the reception. The OU said they will use their event to lobby for better American-Israel relations and “fight to make Jewish day school and yeshiva education affordable,” according to their website.

The more liberal Jewidsh groups took issue with Sessions’ announcement earlier this week that victims of domestic abuse and gang violence would no longer be eligible for asylum.

“We urge you now to take a stand for Torah, for our clearest and most foundational Jewish values, and against the horror being committed in our names by our Attorney General by asking him on Wednesday to change these policies, which rip families apart and deny the chance for asylum to those fleeing violence,” T’ruah wrote in a petition, which was posted Tuesday and quickly signed by more than 400 people.

Bend the Arc also called on the OU to challenge Sessions’ immigration stance.

“Since they’ve chosen to give AG Sessions a platform, we hope they convey to him the deep pain of so many in the Jewish community, as he champions policies that are tearing immigrant families apart, undermining voting rights, and perpetuating racial disparities in our criminal justice system,” Washington director Rabbi Jason Kimelman-Block told the Forward in a statement.

“Over his career, Sessions has consistently demonstrated hostility to the civil rights issues and policies that have been central priorities to the American Jewish community for generations.”

The OU did not respond to an immediate request for comment.