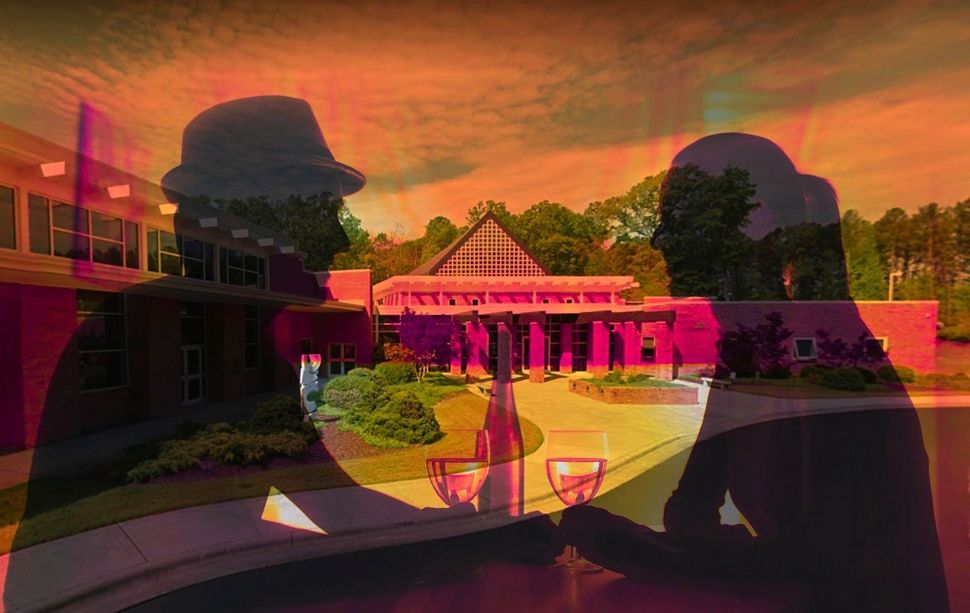 Rabbi Larry Bach withdrew from the Institute for Jewish Spirituality event before the event’s leaders could decide whether to let him attend or not, the executive director of the IJS, Lisa Goldstein, told the Forward.

A woman who regularly attended his synagogue had accused Bach of sexual misconduct. The movement’s rabbinical arm has reprimanded and censured Bach. To overcome the censure, he must engage in a process of repentance.

The incident underscores the a lack of consensus among Jewish organizations over how to address the case of Bach and others like him. Some groups — including the movement’s Central Conference of American Rabbis, which issued the censure — hold out hope for Bach to undertake a process of t’shuvah, or repentance. But others think Bach’s reported offenses, while still under official investigation by the CCAR, go beyond what can be tolerated for a rabbi.

“This goes back to an appalling lack of awareness of the need for policy here,” said Shulamit Magnus, an emeritus professor of history at Oberlin College and a member of the Committee on Ethics in Jewish Leadership. The group running the retreat, she said, was “treating him like a colleague who deserves consideration.”

“They can’t treat him like a buddy,” Magnus added.

Others say that the retreat situation shows that organizations are learning how to respond to the complex professional questions raised by the #MeToo movement.

“My experience has been that whenever groups of rabbis have sat down and been thoughtful, and honest, and really raw about the implications of #MeToo in the rabbinate, they’ve ended up making the right decisions,” said Rabbi Yohanna Kinberg, leader of a Reconstructionist synagogue in a Seattle suburb, who is attending the retreat.

Bach might have attended the event except that the woman who accused him of sexual misconduct found out about his attendance and reached out to the IJS, urging them not to let him. The woman, whom the Forward has referred to as Rebecca, provided the IJS with some of the documentation of her relationship with Bach that she provided to the CCAR. Rebecca played the same informant role with Bach’s Durham synagogue, which did not know about the accusations against him until she told them.

Bach, 49, resigned in April as senior rabbi of Judea Reform Congregation in North Carolina. His resignation came after a frequent attendee at the synagogue informed its board about her allegations of sexual misconduct against him. The synagogue did not know that Bach had already been censured in March by the CCAR for ethical violations relating to those accusations. Bach did not respond to a request for comment.

The CCAR came under fire for not immediately informing Judea Reform about the censure or the original complaint about him, which the organization learned of in February. The CCAR said it was planning to tell the synagogue after the end of the 30-day window that its rabbis have to appeal ethics decisions.

“Forget the censure. As soon as they’ve been made aware of a problem, they have a duty to warn and inform,” Thane Rosenbaum, director of the NYU School of Law’s Forum on Law, Culture and Society and a member of the Committee on Ethics in Jewish Leadership, told the Forward. “This is like saying the public shouldn’t know a person has been indicted until there’s a determination of guilt.”

Bach had been planning to attend a July retreat put on by the Institute for Jewish Spirituality, a not-for-profit group that promotes mindfulness among Jewish clergy and lay leaders. Bach has been involved with the group since 2009. He attended the IJS’ Rabbinical Leadership Program and other mindfulness workshops since then, according to his personal website.

Rebecca told the Forward in an email that the IJS had spoken with her and was planning to meet this week about whether to allow Bach to attend. Rebecca also said that she informed people investigating her allegations against Bach about his planned attendance at the retreat. The CCAR did not comment on whether that was how they first learned about Bach’s attendance.

Kinberg, who has previously been quoted in articles about the Bach case, said the IJS contacted her about two weeks ago asking her if she would be comfortable attending the retreat if he would be there. She praised the CCAR for urging Bach not to attend the retreat, but did not fault the IJS for not barring him from the retreat in the first place.

“Because we don’t have an overall system for the Jewish community, it’s a little chaotic, even when the vast majority of people’s intention are good,” she said.

Kinberg also sympathized with the IJS for having to address a colleague’s ethical violations.

“It’s hard to tell someone who I’m sure people have been friends with a long time, that ‘You’re not allowed to come to this,’” Kinberg said. “Even for someone who may be an abuser and who really crossed the line.”

At least one other Jewish organization has distanced itself from Bach. Rabbis Without Borders, a not-for-profit group that promotes interfaith work, removed its bio of Bach from its site. Bach had been involved with the organization since 2010. The group’s executive director said that they would abide by the CCAR’s ruling.

There are no sets of guidelines across Jewish professional associations or not-for-profit groups for how to address misconduct by a member of another organization. The CCAR specifies that in its Code of Ethics that rabbis who have been censured can return to good standing if they complete a process of t’shuvah outlined by the group’s ethics committee. The rabbinical associations of the Conservative movement and Modern Orthodoxy have similar guidelines. But it is not clear that other large Jewish organizations have hard-and-fast policies for how to interact with a rabbi that has been censured, or for how to re-acclimate to a rabbi that has been returned to good standing.

This lack of agreed-upon policies for handling clergy misconduct worries some leaders of rabbinic professional organizations.

“It’s a huge blindspot,” said Rabbi Elyse Wechterman, the executive director of the Reconstructionist Rabbinical Association. “We all have a responsibility to think about the safety of the Jewish community that we serve. Sometimes our associations’ ethics policies and guidelines aren’t enough.”

Wechterman said that she has been having informal conversations with the heads of some Jewish clergy associations about how to unify their ethics guidelines. She says one of the unanswered questions is how to balance letting rabbis police themselves and having outside oversight into that process.

“The black and white for me is that community safety should always come first,” she said.

The CCAR has not finished its investigation of Bach’s alleged behavior, which it reopened in April after receiving additional information from Rebecca. According to Rebecca, the CCAR’s Ethics Committee met last week, but did not make a decision on Bach’s case. The CCAR declined to say if they are planning to make a decision soon, or if they have a deadline to finish their investigation. They also did not comment on whether they told Bach not to attend the IJS retreat.

“The process of resolving this Ethics complaint is ongoing,” Rabbi Steven Fox, the CCAR’s executive director, said in an emailed statement to the Forward. “Until there is an adjudication, we are not at liberty to comment.”

Magnus, the Committee on Ethics in Jewish Leadership member, believes that Jewish organizations should be focusing more intently on devising policies for how to address allegations of sexual misconduct against clergy and other professionals. She is worried that not having those policies leaves the groups open to legal action and accusations of negligence.

“I don’t understand how they don’t have a policy,” Magnus said of the IJS. “This isn’t rocket science.”

Update note: At 12:37 p.m., this story was updated to reflect the importance of the CCAR’s request that the rabbi not attend the retreat and the role the accuser’s played in communicating with the retreat leaders.