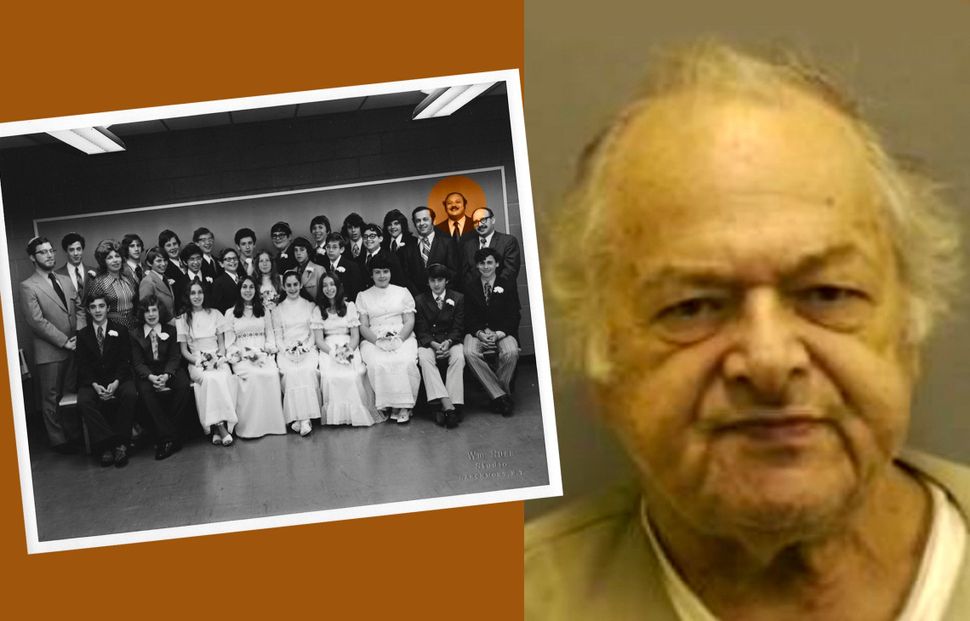 Stanley Rosenfeld, the educator accused of molesting boys at two elite Jewish private schools in New York City in the 1970s, is alive, the Forward has learned.

Rosenfeld lives at an assisted living facility in Providence, Rhode Island. He is 84 years old.

The Forward located Rosenfeld after reviewing records with Rhode Island’s Sex Offender Community Notification Unit. The records show that Rosenfeld is a Level III offender, denoting that he is at high risk of re-offending.

Rosenfeld worked at Westchester Day School, The Ramaz School and SAR Academy between the late 1960s and late 1970s. In January of this year, after an alumni of SAR reported misconduct by Rosenfeld during his time at the school, all three schools emailed their communities asking for others with stories of misconduct to report them to the school. Ramaz and SAR announced they were commissioning third-party investigations into Rosenfeld’s tenures. Westchester Day School referred parents to a detective at the police department of the Village of Mamaroneck, where the school is located.

On Monday, the Forward reported the accounts of three alumni of the schools — two from WDS, one from SAR — who say Rosenfeld either tried to or succeeded in molesting them. (Ramaz told parents in its January email that it has not received any allegations of abuse against Rosenfeld from his time at the school.)

Steven Bason, 60, said that Rosenfeld groped his penis over his underwear while Bason was sleeping over at Rosenfeld’s apartment in the Riverdale section of the Bronx. A second man, who wished to remain anonymous, said that Rosenfeld tried to fondle him during a meeting in his office at WDS, where Rosenfeld was the assistant principal from the late 1960s until 1972.

Bason and the anonymous man, along with the two WDS alumni who previously reported misconduct by Rosenfeld to the Forward, were all in the same 1972 graduating class. According to the commencement program, which one of the men shared with the Forward, Rosenfeld presided over their graduation and gave remarks.