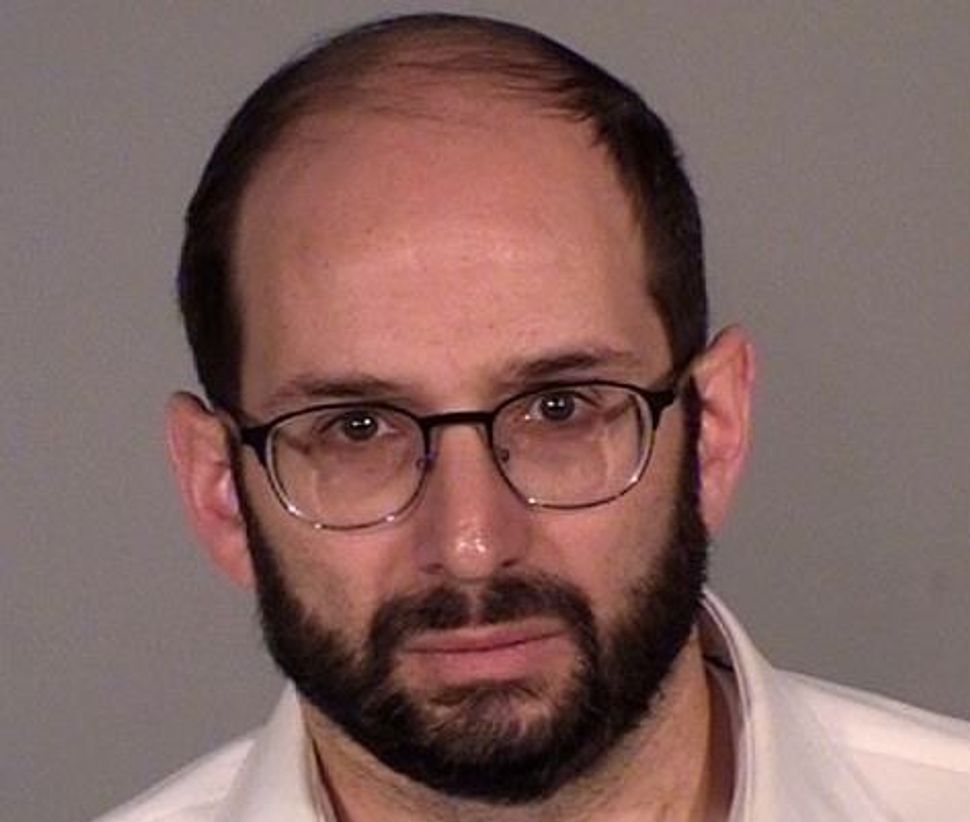 A popular Minneapolis rabbi known for his student outreach work is facing charges stemming from a child sex sting conducted by Minnesota law enforcement in January and early February.

Rabbi Aryeh Cohen was arrested February 1, after exchanging messages with a federal agent posing as a 15-year-old for over a week, according to the criminal complaint filed Tuesday. The complaint alleges that Cohen discussed a sexual liaison with the agent on Grindr, a popular hookup site for men. He was arrested outside the North St. Paul apartment the agent had invited him to as part of the sting. He was charged with two felonies relating to electronic communication about sex with a minor.

Cohen is one of 17 men who have been charged through the sting in recent days.

“I sort of deserve it,” Cohen said unprompted while being taken to the local police department and before being informed of his Miranda rights, according to the complaint. 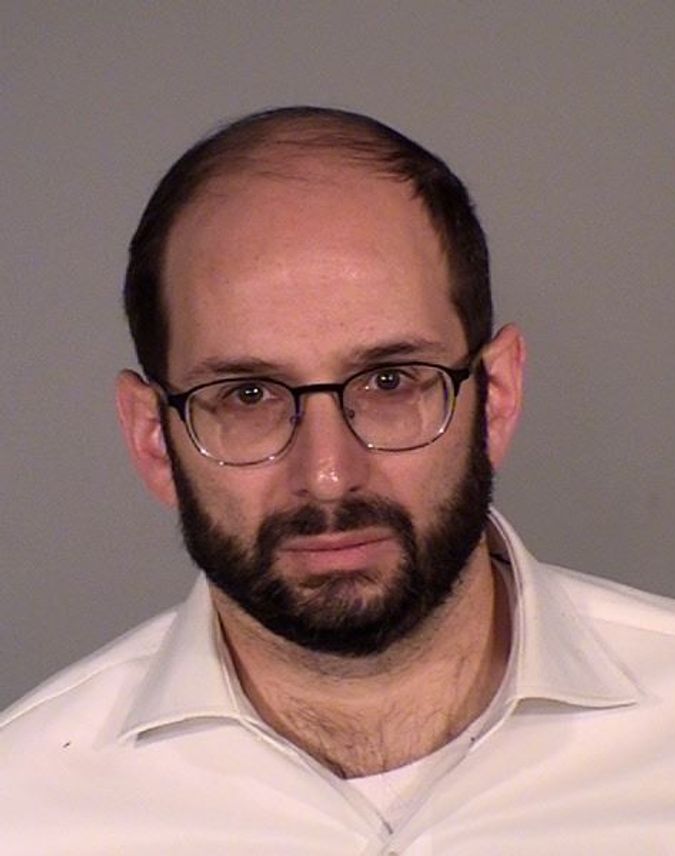 Cohen, 44, has no prior criminal record, and after appearing before a judge Tuesday was released without conditions. Cohen has not specified who will be representing him in court. Cohen did not respond to a request for comment.

Though Cohen was arrested in February, prosecutors did not file charges against him until Tuesday. In between, Cohen continued to be active in the Minneapolis Jewish community, including attending the wedding of one participants in his outreach program.

News of the charges being filed hit hard for people who took Rabbi Cohen’s classes and knew him as a rabbi who was a frequent presence at the University of Minnesota. Noah Farber, a U of M student who knew Cohen well, said he was “shocked” by the news.

The charges against Cohen are also likely to devastate his Orthodox community, in the Minneapolis suburb of St Louis Park, where he has lived while working in Orthodox youth groups and outreach for over a decade.

“He was the at very center of the Jewish community in St. Louis Park, and because of that he has an insane amount of connections,” said one participant in Cohen’s outreach program for young Jewish professionals who asked not to be named. “A lot of people are going to hurt from this.”

Cohen was the director of outreach for the Minneapolis Community Kollel, an Orthodox community center that offers seminars and classes on Jewish texts and religious life. Cohen ran the Kollel’s JWAY program, a social club for college students and recent graduates. Before that, he had conducted classes for Jewish high school students. Cohen’s name has been removed from the Kollel’s website.

“The Minneapolis Community Kollel has just learned of the shocking and disturbing allegations being raised regarding Rabbi Aryeh Cohen,” the center said in a statement to the Forward. “The Kollel has immediately taken action to relieve Rabbi Cohen of all of his duties and he will not be participating in any Kollel activities. The Kollel is also working to learn more about the incidents alleged.”

Cohen and his wife Adina have been fixtures of the active Jewish community at the University of Minnesota for several years. They led private text studies with male and female students on campus, respectively, and encouraged students to be part of JWAY. The participants in JWAY formed a kind of inner circle that was close with both Cohen and Adina, and Cohen was a mentor figure to many in the group.

“My first reaction was, there’s no way this was real, somebody must have hacked the website,” said the JWAY participant, referring to Grindr. “I’ve known the man for a number of years, and there was never any reason to think that [the charges] were true initially.”

The participant said that news about the article spread quickly through the JWAY cohort.

“As more information came out, and I confirmed it myself, it was definitely a shock,” he said.

Cohen taught a weekly class called “Maimonides,” billed as an “introduction to Judaism,” which featured lectures by Cohen and a weekly guest speaker. Students who took the semester-long course were given a payment of about $350 at the end — not uncommon for Jewish outreach seminars at universities. The class, which was held in the campus Hillel building until last year, seemed to be centered on convincing Jewish students to be more observant, according to Farber, who took the class.

Farber said that Cohen was dedicated to doing outreach with students, to the point where he would message every Jewish kid in Minneapolis he could connect with on Facebook.

“I thought that he was aggressive in his outreach, but that was his job,” Farber said.

Farber, 21, said he did private text studies with Cohen, and went on one of JWAY’s spring break trips to northern California and the Bay Area. He said the trip was a good experience, and that Cohen was always nice to him.

Though Cohen taught the Maimonides class at Hillel, he was never officially employed by Hillel, according to Benjie Kaplan, Minnesota Hillel’s executive director. In a statement shared with the Forward, Kaplan wrote that “Minnesota Hillel never received any allegations of misconduct regarding Rabbi Cohen.”

The sting that led to Cohen’s arrest was a high-profile operation conducted by the Minnesota Human Trafficking Investigators Task Force, local police and other law enforcement. It occurred in the two weeks leading up to the Super Bowl, hosted in Minneapolis on February 4.

A few days after the big game, the Minnesota Bureau of Criminal Apprehension released a press release about the sting, reporting that it resulted in 42 arrests in the Twin Cities area. Police said the sting led to 14 women being released from “trafficking situations,” according to a local news report.

However, only one of the 42 people arrested had been charged as of July 23, according to an investigation by local news station KARE. In between, according to the station, those arrested were freed without court orders limiting their movements or interactions with minors.

According to the complaint filed against Cohen, the sting was meant “to combat the online solicitation and sexual exploitation of children.” Cohen originally responded to a fake Grindr profile set up by law enforcement that did not have information about the user’s age.

After responding to the agent’s profile, Cohen asked for the user’s age, to which the agent responded “I’ll be 16 in August, U?” Cohen responded by saying he was 35 and writing “A bit young for this?” Cohen also asked the agent about performing oral sex and other sex acts. Cohen also sent the agent a picture of his erect penis.

Cohen then made a plan to meet up with the user at their apartment in North St. Paul. At one point, after the agent reiterated the age of the fake user, Cohen wrote “It’s a little illegal…”

Upon arriving at the apartment, Cohen was arrested and taken to a police station. The complaint says that Cohen waived his right to an attorney and spoke to investigators. Of the interaction with the fake Grindr user, he told investigators that he “didn’t think much was gonna happen” because the person was underage.

Cohen’s first hearing is scheduled for September 19. If convicted of both felonies, he faces up to six years in prison.

Update, 8/1/18, 7:00 p.m. — This article has been updated with a statement from Hillel and with additional comments from a JWAY participant.

Correction, 8/1/18, 7:55 p.m. — A previous version of this article said that Cohen officiated the wedding of a JWAY participant. Cohen did not officiate the wedding.