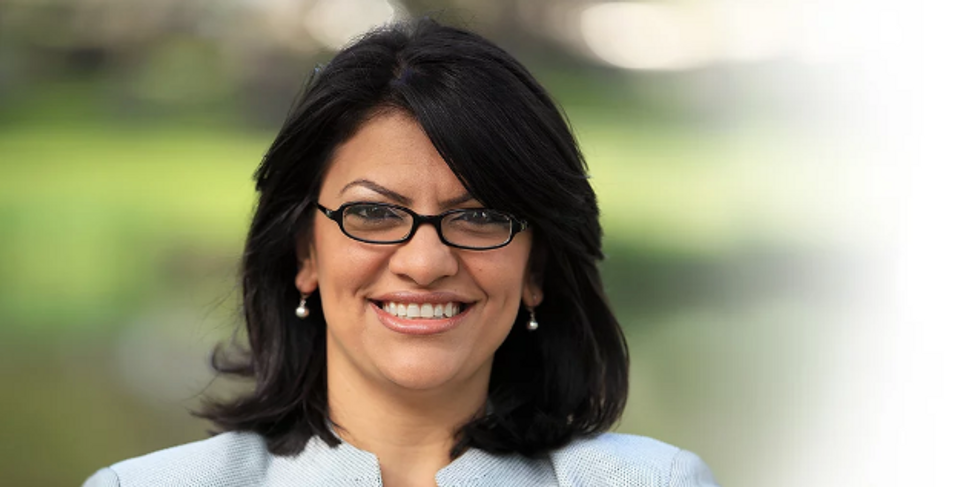 Liberal, pro-Israel group J Street took an unprecedented step on Friday when it rescinded its endorsement for a Democrat slated to become one of the first Muslim women to serve in Congress after she failed to clarify comments saying she supported a one-state solution.

Palestinian-American Rashida Tlaib, who is likely to represent part of Detroit and its suburbs after winning the Democratic primary, seemingly reversed her position on the peace process, saying she now believes, “It has to be one state. Separate but equal does not work,” during an Aug. 14 interview with In These Times.

Since her August 7 victory, Tlaib has come under pressure from Palestinians and their supporters, and she has tacked left on other hot-button issues: U.S. military aid to Israel; the Boycott, Divestment, Sanctions movement; and the right of Palestinian refugees to return to their homes in Israel and territories it controls. Israel claims for every Jew worldwide the right to Israeli citizenship, citing millennia of Jewish presence there and uncertainty over whether Jewish life is viable in the diaspora after centuries of oppression culminating in the Holocaust.

Those recent statements are at odds with what she told the pro-peace lobbying group, who were under the impression “she believes that the U.S. should be directly involved with negotiations to reach a two-state solution,” according to their website.

After “seeking clarification” about her comments the JStreetPAC voted Friday afternoon to pull their support. They had never done so before.

“JStreetPAC was created to demonstrate the wellspring of political support that exists for candidates who take pro-Israel, pro-peace positions, including support for a two-state solution to the Israeli-Palestinian conflict,” the group said in its August 16 statement, adding, “We cannot endorse candidates who come to the conclusion that they can no longer publicly express unequivocal support for the two-state solution.”

The PAC has raised more than $2.8 million this election cycle and donated at least $3,258.00 to her campaign since June, according to FEC filings.

Apart from the peace process, Tlaib said she supports “the rights of people who support BDS,” that she is “very supportive” of the Palestinian right to return and that she would support cutting military aid to Israel if “it has something to do with inequality and not access to people having justice.”

She tied her support for a one-state solution to her experience in Detroit withe civil rights movement.

“I’m only 42 years old but my teachers were of that generation that marched with Martin Luther King. This whole idea of a two-state solution, it doesn’t work,” she told In These Times. “Even though we continue the struggle in the United States, we have a better chance to integrate.”

The Jewish Democratic Council of America said they would wait until after the election to reach out to Tlaib and try to persuade her on being more supportive of Israel.

“We can disagree with the [Israeli] government, but it doesn’t mean we don’t show support for a two state solution or Israel’s right to defend herself,” said JDCA chair Ron Klein. “Period. End of story.”

The pivots came after Tlaib faced criticisms on the left for her support from the pro-Israel group.

“J Street does not endorse candidates — much less give them money — without careful prior vetting,” Electronic Intifada co-founder Ali Abunimah wrote on Aug. 9.

He later tweeted his support for her recent statements.

Because I’m happy to see @RashidaTlaib running and saying righteous things on Palestine, things that Palestinians and all who support equality overwhelmingly support, but @jstreetdotorg does not. https://t.co/dklmEGah1t https://t.co/KpmcQtl19k

Tlaib won the primary by less than 1,000 votes over Detroit City Council president Brenda Jones. The Jewish population in the district is much smaller than the national average, with about 1,500 out of 706,000 people identifying — or just .21% of the population.

She is running unopposed in the general election to replace John Conyers, Jr., who resigned in December 2017 after facing sexual harassment allegations.