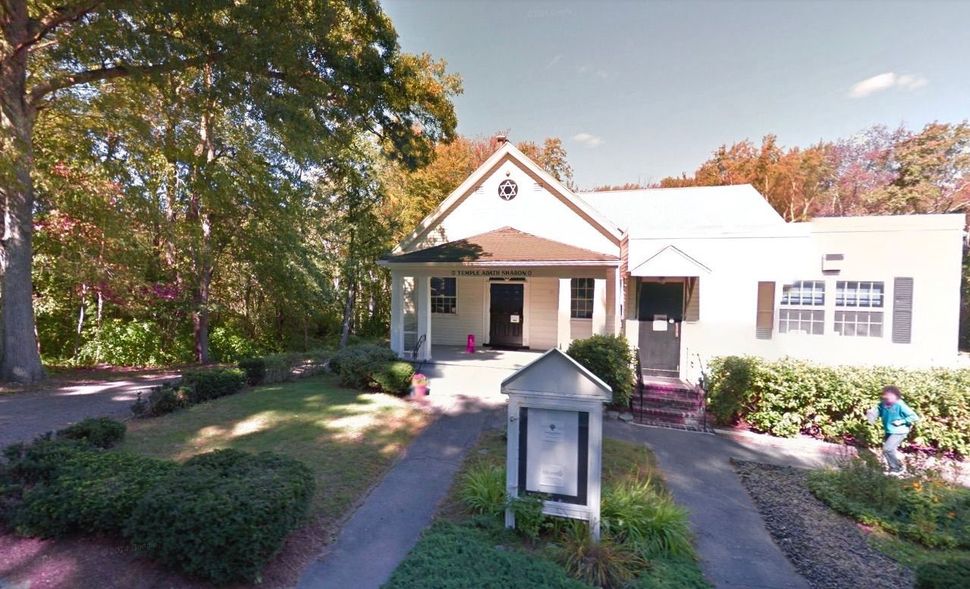 A “takeover.” An “underhanded effort.” An “elaborate and deceptive scheme” that was “more in keeping with a mini-dictatorship than a religious organization founded upon democratic principles.”

This is how a judge described the clandestine cooperation of the board members of a small Massachusetts synagogue, Adath Sharon, with the leadership of a local Chabad chapter. In a July finding that summed up a three-year legal saga, the judge castigated the board members for what he called their “bad faith” attempt to essentially collude with the Chabad leadership to hand them control of the synagogue.

The finding tells a story of personal loss, betrayal, synagogue politics and intra-religious strife that would not be out of place in a Philip Roth novel. Representatives for Chabad strongly dispute the judge’s characterization of the case — one based on four days of courtroom testimony and 70 exhibits admitted as evidence. They say that Adath Sharon’s only hope for survival was to transfer their assets and liabilities — including a mortgage and a need for sewage system repairs — to Chabad. But the plaintiffs say that regardless of the financial situation, the defendants shouldn’t have gone behind the synagogue’s back to try and save it.

“There’s still a viable active, congregation there. We were just locked out of our synagogue,” said Richard Kramer, a former president of Adath Sharon and the lead plaintiff in the suit.

Founded in 1930 in Sharon, Massachusetts, Adath Sharon was originally an Orthodox synagogue for Boston-area Jewish families, like that of composer Leonard Bernstein, who rented summer vacation homes a few blocks away, along the beach-lined Lake Massapoag. Synagogue membership grew as Jewish families spread to the suburbs in the postwar period, and Adath Sharon switched to affiliating with the Conservative movement in 1979, according to JewishBoston.com.

But membership shrank during the 1990s — a period when the Conservative movement lost nearly a quarter of its overall membership. The synagogue’s financial situation declined rapidly in the early 2000s, when Dr. Jordan Leff, a defendant in the suit, was the president, becoming a “crisis” by 2005, according to the court finding. That year, Kramer was elected president and led a successful campaign to increase membership dues and stave off disaster.

The court finding notes that after Leff again took on the position of president in 2011, the board decided to stop sending consistent dues notices to members. Membership continued to erode, reaching about 90 families in 2014, and the synagogue faced yet another financial crisis. By April of 2015, there was only $4,000 left in the synagogue’s bank account, according to the opening statement given by one of the lawyers for the plaintiffs.

Instead of once again raising or enforcing dues, Leff and the board chose a different tactic: partnering with leaders of the local Chabad chapter to transfer the synagogue’s assets to their control. Their decision came as many Conservative synagogues in the area were considering or finalizing mergers with other synagogues. At the time, Adath Sharon’s total assets were still worth about $1 million, according to the plaintiffs’ complaint.

The judge in the case identified Leff’s close relationship with Rabbi Chaim Wolosow, the head of Chabad of Sharon, as a precursor to the “scheme.” After his father died, Leff became close friends with Wolosow, and began attending services regularly at Chabad. He also made donations to Chabad — more than twice as much as he was contributing to Adath Sharon.

At the time, Wolosow’s daughter and son-in-law, Chanie and Rabbi Naftoli Minkowitz, then living in Brooklyn, were looking for a way to find a pulpit position for Naftoli in the Sharon area, the finding relates. After speaking with Leff, the Minkowitzes made a presentation to Adath Sharon’s board in October 2014 on how they would manage the synagogue’s finances if Naftoli were hired as the rabbi. They promised to assume Adath Sharon’s financial liabilities, including the synagogue’s mortgage, then worth between $114,000 and $119,000, according to courtroom testimony, and promised to fix a sewage system that Wolosow told the court would cost $50,000. They said they would allow the existing congregation to use Adath Sharon’s sanctuary for another year before moving their services to the basement chapel.

(Leff and Chanie and Naftoli Minkowitz declined comment for this article, citing ongoing proceedings. Wolosow did not respond to multiple requests for comment.)

When the board announced this plan to the congregation, it was met with an outcry of opposition. Congregants were chiefly concerned that handing the synagogue over to the Minkowitzes would mean forfeiting Adath Sharon’s identity as a Conservative, egalitarian community.

Over the next several months, the board fended off requests from other congregants to address the proposed ownership change in a special meeting. Instead, they “spent the months of January [and] February 2015 conferring secretly among themselves” how to engineer the “takeover,” the judge wrote.

The board, Wolosow and the Minkowitzes formalized plans for the “takeover” at a meeting at Leff’s home in March 2015. The judge writes that Wolosow was the first to lay out the plan.

First, they would change the rules for membership: New members would be allowed to join for $125 per person, and existing members with a certain amount of membership dues unpaid would be ineligible to vote at any special meeting. That disqualified many long-serving members, including Kramer and other plaintiffs in the case.

The board would then vote in Wolosow, his wife and the Minkowitzes as voting members of Adath Sharon. Then they would hold a special meeting to vote on their plan. The vote would go ahead, with the foreknowledge that the four new congregants, along with the eight existing sympathetic board members, would be enough for a 51% majority.

The meeting at Leff’s home was captured in notes kept by Chanie and submitted to the court as evidence. She wrote that Wolosow said they shouldn’t vote in all of the Chabad’s current members at once for the purpose of stacking the vote, because it would “look suspicious.”

Ahead of the special meeting in April 2015, Leff sent an email to some congregation members. He wrote that the plan they would be voting on would mean allowing Adath Sharon’s building to be used as a center for a popular special needs educational program founded by Wolosow. The email did not mention that Wolosow and the others had been made members, or that Adath Sharon members could vote on the plan by proxy, if they were unable to attend.

As the judge portrays it, the meeting was a mess: Leff told Kramer and others that they were ineligible to vote, but admitted there was no documentation to prove it. After back and forth between Leff, Kramer and others, many people got up and left. The vote went ahead, and the board began referring to the newly constituted congregation as Adath Chabad. A few weeks later, they changed the locks and sent a letter to the synagogue’s sisterhood saying that “no one may enter the building without permission.” In May, Naftoli Minkowitz texted Kramer that Adath Sharon had “Switched BACK TO ITS ROOTS as an Orthodox Synagogue.” The plaintiffs filed their suit in November.

An unnamed Chabad official called the judge’s rendering of the Adath Sharon debacle as a story of collusion and theft “laughable” in an email to the Forward.

“Rabbi Naftoli and Chanie Minkowitzs [sic] came to Sharon to serve the community, where they breathed new life into a dying congregation, which didn’t sit well with the failed past president who presided over the congregation during its deep decline,” the official wrote. The official added that none of the Chabad emissaries in Sharon received any direct legal guidance from the central Chabad organization on their deal with the synagogue’s board or in fighting the lawsuit.

Kramer and the other plaintiffs are not seeking monetary damages, according to their lawyer. The judge ordered the two parties to work out a mutually acceptable arrangement by August 31. The arrangement must include a nullifying the current board, an agreement to hold an election for a new board, and sharing access to Adath Sharon’s building with the defendants. Lawyers for both sides have confirmed they are currently hammering out the details of the arrangement.

For now, Adath Sharon’s original congregation has returned to a somewhat normal state of affairs. Their first bar mitzvah ceremony since the lockout happened on August 19.

For Kramer and the other plaintiffs, the judge’s summary of the case vindicated their outrage with the board and the other defendants.

“Having participated in this whole affair really […] reinforced my belief in our justice system,” he said.

Update: 8/27/18, 10:50 a.m. — The identification of the unnamed Chabad official has been changed to what was agreed upon with the reporter.