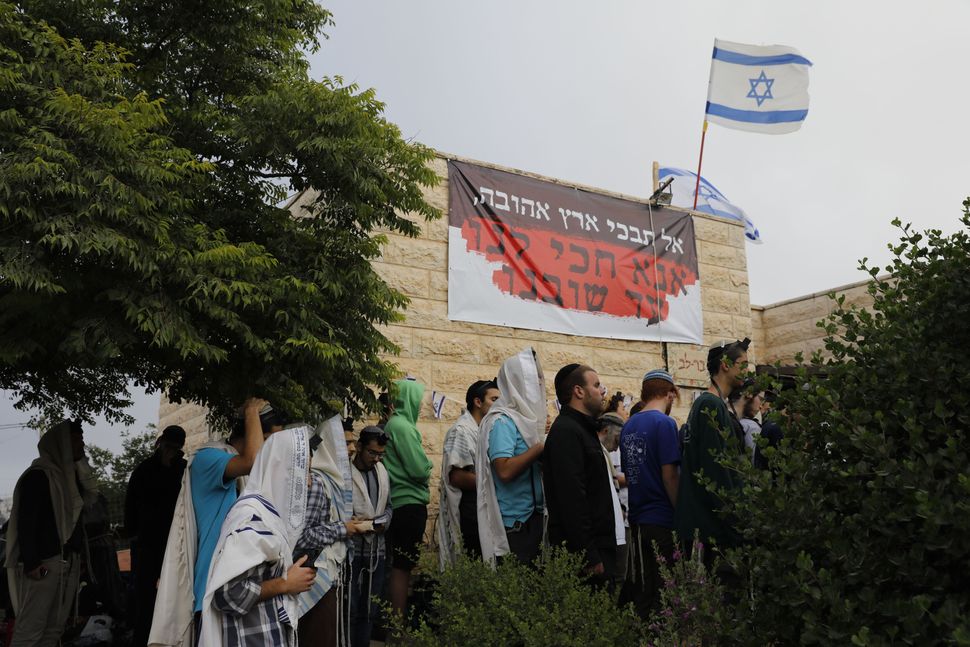 The Israeli government is turning to two U.S. charities that fund settlers and far-right Israeli activists for donations to a secretive project to undermine the boycott, divestment and sanctions movement, according to a new report by the Israeli investigative magazine the Seventh Eye.

The project, called Kela Shlomo, or Solomon’s Sling, appears to be an effort by Israel’s Ministry of Strategic Affairs, at least in part, to fund anti-BDS activities outside of Israel that won’t be attributable to the government itself. Kela Shlomo has received a $35 million commitment from the Israeli government, according to previous reporting from the Seventh Eye.

In discussions with American Jewish leaders and funders, Ministry of Strategic Affairs officials have said that Kela Shlomo will fund information gathering, influence campaigns, pro-Israel advocacy, and other initiatives inside of the U.S. It’s not clear whether it has commenced its activities yet.

The largest private donor identified in the new Hebrew-language Seventh Eye report by journalist Itamar Benzaquen is the Central Fund of Israel, which gave $700,000 to Kela Shlomo in 2017. The Central Fund is a major conduit for U.S. taxpayers seeking to make tax-exempt donations to support Israeli settlements, and has been a donor to a number of far-right and extremist Israeli organizations, including the nationalist activist group Im Tirtzu. It makes more than $20 million in grants per year, and keeps both its donors and grantees secret.

Jay Marcus, a Central Fund official, declined to tell the Forward the source of the funds it sent to Kela Shlomo.

According to the Seventh Eye, the Ministry of Strategic Affairs has set up a joint steering committee to manage Kela Shlomo that includes representatives of the ministry and private donors. Neither the ministry not Kela Shlomo’s chairman, Micah Lakin Avni would tell the Seventh Eye if the Central Fund or the One Israel Fund would have a seat on the steering committee.

The Seventh Eye also reported that Kela Shlomo would change its name to “Concert.”

In addition to the grants from U.S. charities, the Seventh Eye reported that Kela Shlomo had received $240,000 as compensation for “research services” provided by its staff. Lakin Avni, would not tell the Seventh Eye who had paid for the research or what it had consisted of.

Officials with Israel’s Ministry of Strategic Affairs, which is tasked with opposing the BDS movement, began approaching U.S. Jewish charities early this year about taking Israeli government money through Kela Shlomo, according to previous reporting by the Forward. Those conversations came after a handful of U.S. Jewish charities turned down direct grants from the Ministry of Strategic Affairs amid concerns that taking the funds would require them to register with the Department of Justice as foreign agents.

Organized as a private benefit corporation, Kela Shlomo is designed to be funded in part by the Israeli government and in part by private donors. One of the donors identified by the Seventh Eye, the Central Fund, is among the most controversial pro-Israel organizations in the U.S.

Haaretz reported in 2015 that the Central Fund had sent grants to an Israeli charity called Honenu, which until 2016 provided financial support to the families of Israeli Jews charged with terrorism. The Central Fund stopped its grants to Honenu following the Haaretz report, then restarted them when Honenu stopped providing funds to the families of the alleged terrorists.

In 2014, Haaretz reported that the Central Fund was the largest donor to Im Tirtzu, which is a potent force on Israel’s far right, and has attacked liberal civil society groups like the New Israel Fund.

The Central Fund has also sent donations to Od Yosef Chai Yeshiva, according to Haaretz, a radical yeshiva in a West Bank settlement. The Israeli government closed part of the yeshiva in 2011 for inciting violent attacks against Palestinians.

The rabbinic human rights group T’ruah filed a complaint last month about the Central Fund with the Internal Revenue Service over its support for Honenu, among other groups.

According to tax filings, major donors to the Central Fund include the Florida-based Cherna Moskowitz Foundation and the Jewish Communal Fund, a number of major donor advised funds.

The Central Fund’s Marcus said that the IRS had audited his charity last year, and that his organization had passed. He said that he doesn’t know how much of the money his charity sends to Israel each year goes to causes in the occupied West Bank. “If it’s good for Israel and good for the Jewish people like our charter reads, then it’s OK for us,” Marcus said.