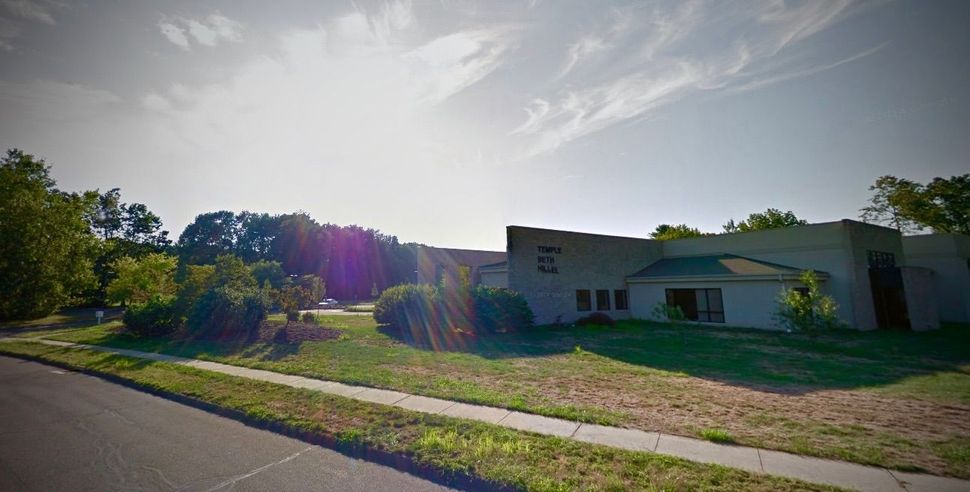 The president of a Connecticut synagogue resigned his position on Sunday, one week after his status as a registered sex offender became widely known in his community, bringing a #Metoo-era quandary about repentance and disclosure to a small suburb of Hartford, Connecticut.

In 2008, Jason Wasserman, now 53, went to meet with who he thought was a 13-year-old girl, allegedly to take nude pictures of her. The girl turned out to be law enforcement officers conducting a sting, and he was arrested.

After his arrest, he immediately reached out to his parent’s rabbi, Jeffrey Glickman, of Temple Beth Hillel in South Windsor. Glickman became his ally, and Wasserman threw himself into a program of atonement. He volunteered in job programs, in soup kitchens and with small businesses seeking mentors. He joined Beth Hillel and became one of the synagogue’s shofar blowers and a constant presence at Shabbat services. Last year the congregation elected him as its president.

But what Wasserman didn’t do was tell his newfound community about his past.

“I’ve been really trying to repair my life,” Wasserman told the Forward. “And everything I’ve been doing the last ten years has been so that what happened ten years ago isn’t the last thing that people remember about me.”

Now Wasserman’s record is known far beyond Beth Hillel, and he has decided that his role with Beth Hillel is hurting more than helping. He offered his resignation to the synagogue’s board on Sunday.

The manner in which his sex offender status was disclosed has put the synagogue through an ordeal that fits with the broader American debate over sexual misconduct. Since the beginning of the #MeToo movement, cultural commentators have asked whether, and when, people who have committed sexual misconduct should return to the public sphere. Beth Hillel is now reckoning with a related question: How forthcoming should a community leader be about a crime from his past?

Glickman, 58, told the Forward that he considered deeds of repentance the key to Wasserman’s affiliation.

“Someone who has repented of what they’ve done, and turned the corner, deserves the admiration of the entire community,” said Glickman.

Glickman has been the rabbi at Beth Hillel, a congregation of 150 households in South Windsor, a suburb of Hartford, for 24 years. Wasserman himself didn’t grow up there, but his parents have been members for almost all of Glickman’s tenure. He insists that Wasserman is not a risk to anyone, and that he has spent the decade since his arrest atoning for his crime. But that attitude does not sit well with all of Beth Hillel’s members.

“The Rabbi has a big heart and believes in repentance and forgiveness, sometimes to a fault,” said one synagogue member, who spoke to the Forward over Facebook Messenger and asked not to be named.

Legally, Wasserman has met the requirements of his sentence. In 2010, he pleaded guilty to two felonies stemming from his arrest, and was given five years of probation and placed on the state’s sex offender registry. At the time, Wasserman’s lawyer said that he was given probation because “the medical report we submitted strongly supports a conclusion that he is not at risk of offending in the future.” His probation agreement did, however, impose conditions on when and how he could appear in public, and on his use of the internet. Those restrictions ended in 2015. 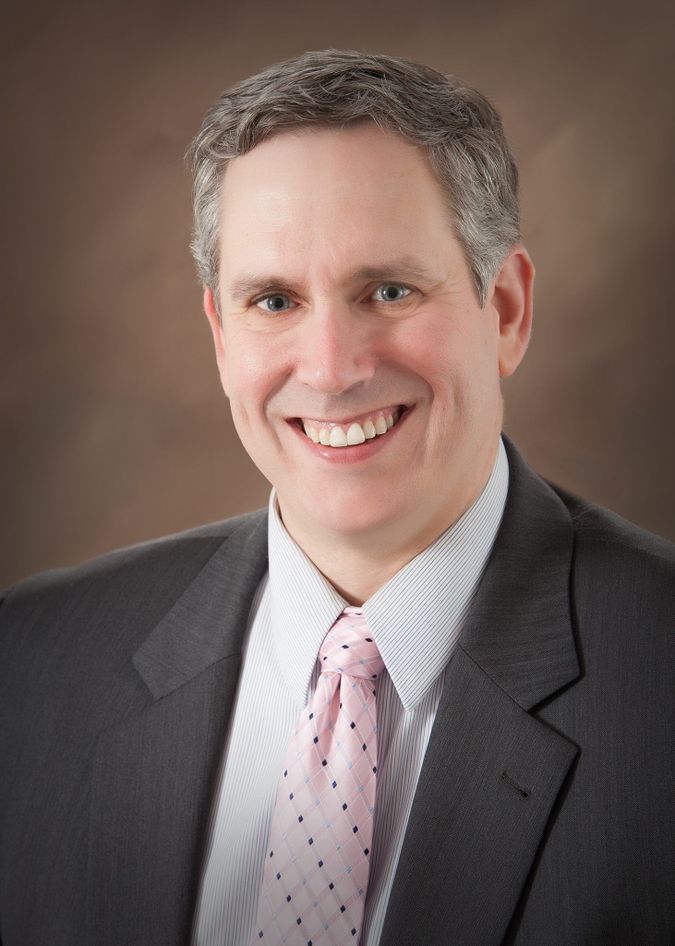 Temple Beth Hillel invited Wasserman to join its board a few years ago. Glickman supported the invitation on the strength of Wasserman’s volunteer work and consistent presence at services. Wasserman, a business consultant, also lent his skills in financial planning and operations to the synagogue.

“He cares more about the community than himself,” Glickman said of Wasserman.

Synagogue members who spoke to the Forward said that Wasserman has been a good president.

“He has devoted himself tirelessly,” said Mark Abrahamson, the immediate past president of Beth Hillel.

But within Beth Hillel’s community, Wasserman’s status as a registered sex offender was not widely known, even at the time of his election as president. Glickman said that, because Wasserman does not pose a threat to anyone and has no court-mandated restrictions, it would have been a violation of pastoral confidentiality to disclose his status without permission. According to one board member who spoke to the Forward, only one or two of about 15 board members knew about Wasserman’s status.

Wasserman said that while he has not publicized his sex offender status — it expires in 2020, ten years after his conviction — he has not made any effort to hide it, either.

This delicate status quo changed this past Yom Kippur, on September 19.

Wasserman’s sex offender status came up among a few synagogue members at a post-Yom Kippur break-fast dinner, Glickman said. Wasserman then disclosed the status to additional members at a meeting at the synagogue the following Sunday.

“I’m pretty sure there were people in the Temple and on the board who didn’t know, and felt a little blindsided,” Abrahamson said.

Wasserman, prompted by the level of concern expressed by synagogue members who had not known about his status, contacted the YMCA the following Tuesday evening, on September 25. The synagogue had agreed to host a YMCA pre- and after-school program in its building’s classrooms. Wasserman had led the negotiations with the YMCA, which would have sole control over the program, on the particulars of the financial arrangement between the two organizations.

The program was meant to alleviate rising demand for afterschool care in South Windsor. Over thirty children were signed up ahead of its opening day, according to Hartford’s Journal Inquirer.

That Friday, YMCA staff relayed a “safety concern” to the organization’s CEO, who “immediately” decided to cancel the partnership, a YMCA spokesperson said. The spokesperson added that it is YMCA policy states that registered sex offenders are not allowed to be in the same facility as YMCA youth programs. The YMCA announced the cancellation later that day.

News about the cancellation broke in the Journal Inquirer the following Monday. Because Glickman was elected to the town council last November, it quickly caused a local outcry. At the town council’s monthly meeting that evening, several residents called for Glickman to resign from the council.

“I’m angry, I feel lied to, I feel betrayed,” Karen Lydecker, a local resident and a member of a town committee on pre- and after-school care, told the town council Monday evening.

Glickman initially said he would not resign, but announced three days after the town council meeting that he would, and also that he would step down as a chaplain for the local fire department.

Now that the story has become public, Beth Hillel members are feeling uncomfortable with the sudden public scrutiny, and are divided on Wasserman’s decision not to widely publicize his sex offender status. Members who spoke to the Forward also said it is unclear if and how the synagogue will deal with Glickman, a respected community leader, for keeping Wasserman’s secret.

“Right now, there are a lot of people who are very angry,” one Beth Hillel board member wrote to the Forward on Facebook Messenger. The board member asked not to be named, because he was not authorized to speak publicly. “[There are] those who believe he and the Rabbi are completely wrong and should be forced out, and those who believe they’ve done nothing wrong, and should not be accused of it.”

“[Wasserman] obviously did something wrong in the past, but I believe we all have the opportunity to make mistakes and then learn from them,” the member added. “I was completely surprised to find this out about him, but I am not (nor would have been) concerned about my children being in proximity to him.”

The YMCA has moved the program to a facility in a nearby town.

Glickman declined to say how much the partnership was worth to Beth Hillel, but said that the loss of the program does not pose a financial threat to the synagogue, which recently absorbed the congregation from a nearby synagogue that closed. Beth Hillel runs a twice-a-week religious school in its on-site classrooms, but has no other partnerships with outside organizations for using its facilities.

Wasserman noted that because he has a full-time job, he would not have ever been at the synagogue while the YMCA program while it was in session.

“Given that I’m a volunteer who is not there day-to-day, and there are no restrictions on me, and I know who I am, I did not think that this would be an issue,” Wasserman said.

But when Beth Hillel’s board of trustees met on Sunday, Wasserman had decided to resign his position. According to the board member who asked not to be named, the board had not asked for his resignation, and offered Wasserman the opportunity to remain on the board as the immediate past-president. Wasserman declined. The board member said that the board was very sympathetic to Wasserman, and that “[t]here was a current of sentiment that he was the victim.”

Beth Hillel announced Wasserman’s resignation in an email to the congregation sent Tuesday. The board does not currently have a plan to issue a wider notice to the South Windsor community.

In a text message to the Forward, Wasserman said he “chose to resign as President because I want the synagogue to begin to move forward and I feel that I can be more effective as a congregant at this point.”

“It will be hard to replace Jason for everything he has done for our congregation over the last few years,” the email read. It also noted that Wasserman had been “instrumental” in bringing the congregation of the synagogue that closed nearby into the Beth Hillel community.

The board member said that there have been no discussions about any punitive measures against Glickman, but that the board will hear more feedback from the community in a coming board meeting.

“The congregation will be able to attend the early part of our board meeting Thursday and I suspect a lot of concerns will be brought up,” the board member said. “I sincerely hope the rest of the board hears them.”

Correction, 10/10/18, 9:10 a.m. — The header photograph for this article has been changed to show a picture of Temple Beth Hillel in South Windsor. A previous photo displayed was of Beth El Synagogue in West Hartford.

Correction, 10/11/18, 12:00 p.m. — A previous version of this article stated that Jason Wasserman went to what he thought was the home of a 13-year-old girl. He actually went to a location in a town outside Hartford to meet who he thought was the girl.