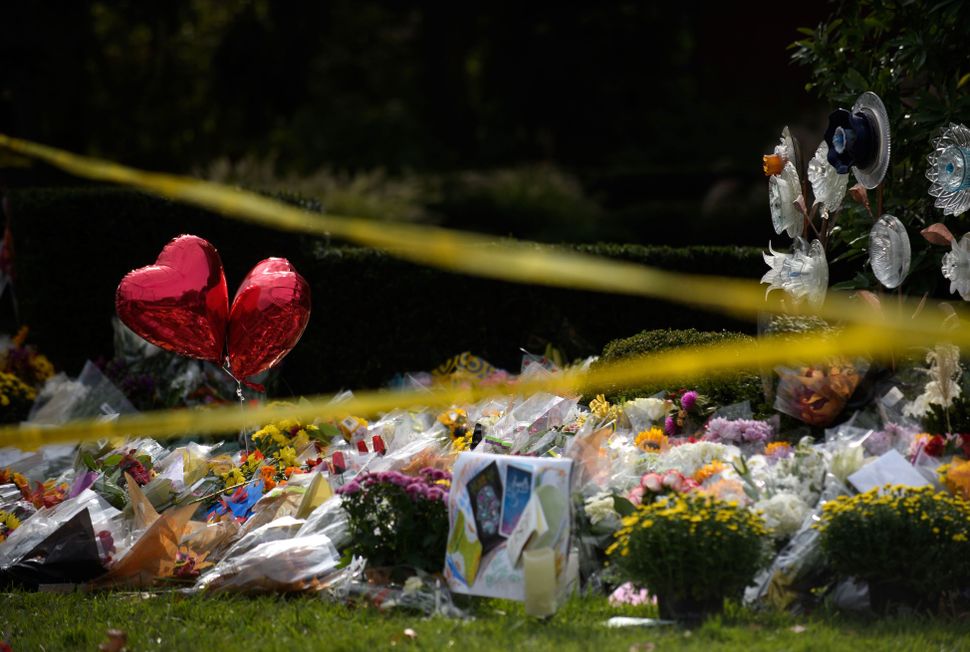 Just days after the deadliest anti-Semitic massacre in U.S. history, American Jewish establishment groups got one step closer to achieving one of their longstanding policy goals: Passage of a bill that would criminalize some boycotts of Israel.

The alleged murderer in the Pittsburgh killings, Robert Bowers, posted on social media about his hatred for the progressive Jewish refugee aid group HIAS. His social media postings appeared to mirror white supremacist beliefs about non-white immigrants to the U.S., and do not seem to mention Israel or the Israeli-Palestinian conflict at all.

Yet some Jewish leaders are seizing on the moment to make progress on long-standing policy agendas to pass legislation targeting the boycott, divestment and sanctions movement, and harsh critics of Israel on American college campuses. Others object to this strategy.

“An effort to now use this massacre to move legislation on the Hill that literally has nothing to do with the kind of anti-Semitism that was at play in this massacre, but is about trying to shut down criticism of Israel and activism related to Israel, seems opportunistic and cynical,” said Lara Friedman, president of the Foundation for Middle East Peace.

Those focusing on Israel in the aftermath of the Pittsburgh shooting are following the lead of Israeli officials, who immediately afterward sought to draw a link between left-wing criticism of their government’s policies and the anti-Semitic shooting. 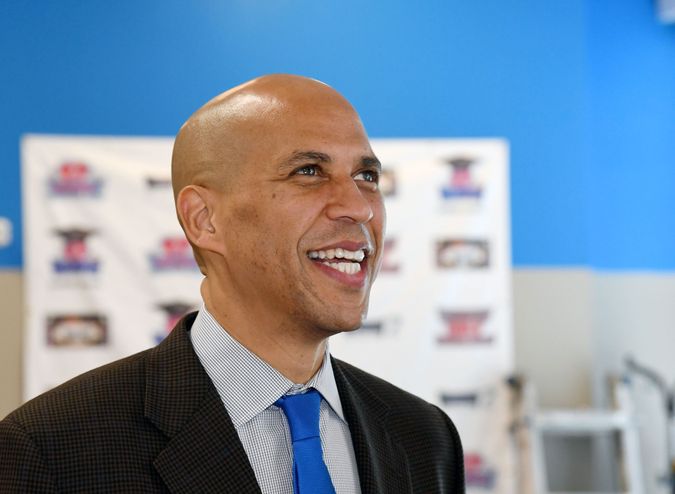 On Friday, Senator Cory Booker, Democrat of New Jersey, announced that he would sign on as a co-sponsor of the Israel Anti-Boycott Act, a controversial piece of legislation as popular among pro-Israel groups as it is unpopular among civil libertarians.

“We’ve seen the alarming rise in anti-Semitism in the United States and across the world in recent years manifest itself in many deeply concerning ways,” Booker said in a statement.

Booker’s office did not respond to a question about whether Jewish leaders had asked the senator to support the anti-boycott law in the wake of the Pittsburgh massacre. But days earlier, one of the most powerful American Jewish officials said that the Jewish community should use the Pittsburgh massacre to demand passage of the anti-boycott bill, along with another bill that would allow certain federal agencies to define some criticism of Israel as anti-Semitism.

At a meeting called by the Conference of Presidents of Major American Jewish Organizations last Tuesday, the group’s executive vice chairman, Malcolm Hoenlein, said that in the wake of Pittsburgh, Jewish leaders should support the passage of a federal law to adopt a “standardized” definition of anti-Semitism, laws to oppose the BDS movement, and efforts to counter anti-Semitism on college campuses. He appeared to be talking about the Anti-Semitism Awareness Act and the Israel Anti-Boycott Act. The Presidents Conference has long supported the Israel Anti-Boycott Act; its member organizations are key forces behind the Anti-Semitism Awareness Act.

“There can be no fence-sitting and no obfuscation, no exceptions and no excuses,” Hoenlein said, according to a statement put out by the Presidents Conference. “It is time to hold everyone to account for what they do or what they fail to do.”

Hoenlein did not respond to multiple queries from the Forward about his statements at the meeting, which was closed to the press.

Some, including leaders within Hoenlein’s own organization, have questioned linking the massacre to the anti-boycott bill. “I personally wouldn’t use the Pittsburgh massacre to justify the passage of anti-boycott legislation,” said the leader of one member organization of the Presidents Conference, who asked not to be named because of the sensitivity of the issue. “I think we need to fight anti-Semitism on both ends of the ideological spectrum, but that’s a different kind of anti-Semitism that requires a very different approach. I don’t think connecting the dots is wise or effective.”

It’s not clear whether there is any connection between Hoenlein’s call for action on the legislation and Booker’s announcement. William Daroff, senior vice president for public policy and director of the Washington office of the Jewish Federations of North America, said that his organization and its partners have long been in touch with Booker on the issue.

“We are pleased he is joining this bipartisan effort to ensure the world knows that America believes boycotts of Israel are treif,” or not kosher, Daroff said.

The anti-boycott bill, which Booker said Friday he would support, was first introduced in March 2017, and was quickly condemned by the American Civil Liberties Union.. The bill, in its original form, created criminal penalties for complying with boycotts imposed by international organizations. The sponsors introduced a new, softer version of the bill earlier this year. The ACLU reiterated its opposition to the new version this summer.

The second bill that Hoenlein appears to have alluded to, the Anti-Semitism Awareness Act, is a similarly controversial piece of legislation that would instruct the U.S. Department of Education to consider a definition of anti-Semitism that includes “judg[ing] Israel by a double standard” when investigating federal discrimination claims.

Others besides Hoenlein have pushed the bill’s passage in the days since the attack. A pro-Israel “talking points brief” distributed by a group called The Focus Project, which is sponsored by a coalition of pro-Israel organizations, suggested as a talking point last Tuesday that “Congress must update civil rights protections so Jews are covered based on ethnicity,” an apparent reference to the Anti-Semitism Awareness Act.

The ACLU has also strongly opposed the Anti-Semitism Awareness Act, with its leader saying in May that “the proposed bill risks chilling constitutionally protected speech by incorrectly equating criticism of Israel with anti-Semitism.”

“It’s entirely about shutting down criticism of Israel and activism,” Friedman said of the bill.