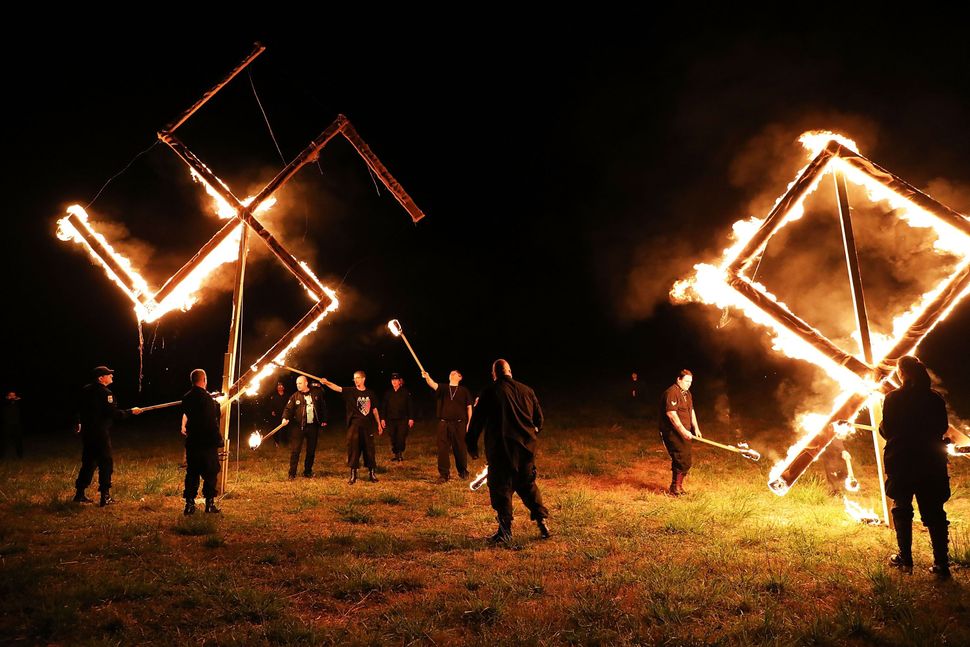 Just weeks after the worst anti-Semitic massacre in U.S. history, a new report from the Federal Bureau of Investigation seemed to confirm American Jews’ worst fears: Hate crimes targeting Jews were way up in 2017.

Jews in the U.S. are suffering an uneasy autumn, following a massacre in a Pittsburgh synagogue in which 11 Jews were murdered. The FBI figures come at a moment of great anxiety, as Jews across the country wonder whether they are in more physical danger in the U.S. than ever before.

A Forward analysis of the data underlying the FBI report suggests that, rather than providing evidence of an explosion of anti-Jewish violence, it shows high levels of reporting of anti-Semitic vandalism and property damage, alongside relatively few violent incidents.

“At least as far as the Jews are concerned, while we have a problem that needs to be addressed, it suggests that we take a breath and figure out how much has changed, and not to rush to the conclusion that abyss is upon us,” said Marc Stern, general counsel of the American Jewish Committee. 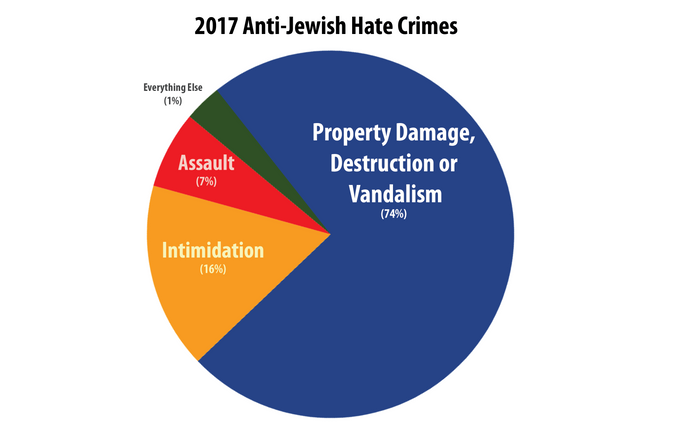 The underlying crimes, however, were almost exclusively nonviolent. Three quarters of those anti-Jewish hate crimes were instances of vandalism. Only 7% were assaults; less than one percent were aggravated assaults.

Compared to these groups, hate crimes targeting Jews were disproportionately non-violent. That doesn’t mean that they aren’t dangerous, but it also doesn’t mean that Jews are necessarily at growing risk of physical violence.

“While there’s a problem, and while it urgently needs to be addressed, it does suggest, at least as far as Jews are concerned, that Kristallnacht doesn’t seem to be around the corner,” Stern said.

The FBI figures are based on reports made by thousands of law enforcement agencies across the country. Reporting is voluntary, and many large cities do not participate in the reporting system. The FBI included reports from law enforcement agencies that cover areas with a total population of 306 million people, up from 289 million in 2016. That could explain some of the increase in anti-Jewish crimes, though not all of it. 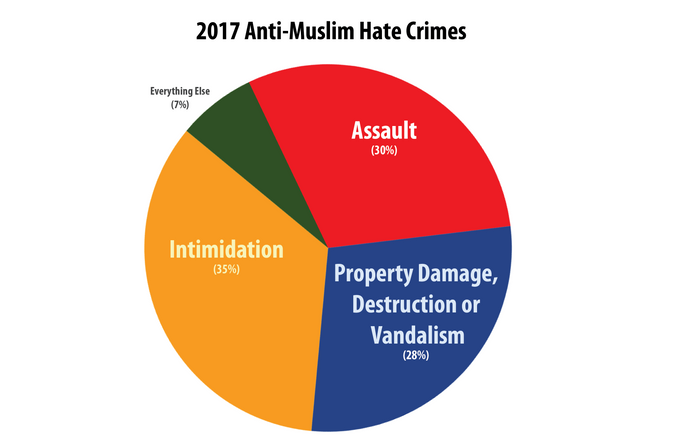 Upon request from the Forward, the FBI provided the raw data underlying the report. The data set categorizes each crime, but does not provide details on the individual incidents.

Anti-Jewish hate crimes have long been the largest category of anti-religious hate crimes included in the annual report, a fact often cited to suggest that Jews are uniquely targeted in the U.S. But experts say that a number of factors lead the FBI numbers to include a relatively large number of low-level anti-Jewish incidents, including good relations between Jews and law enforcement.

“Jews have special sensitivity, and are more likely to report incidents,” said Jonathan Sarna, a professor of American Jewish history at Brandeis University. “African-Americans have a much greater suspicion of law enforcement, and Hispanic citizens, and others who are not citizens, especially in the present environment, feel the less they have to do with law enforcement the better they are.”

Jewish institutions have also focused on anti-Jewish incidents and hate crimes as a leading barometer of Jewish safety in the U.S., and have built significant awareness of the issue among American Jews and law enforcement officials. “We’re attuned to reporting,” the AJC’s Stern said. “It’s important to us. We have an organization [the Anti-Defamation League] that follows it. So people report.”

Nearly a third of all instances of vandalism or property damage included in the 2017 hate crime report was motivated by anti-Jewish bias. There were just 64 instances of assault targeting Jews, and only eight of them were considered serious enough to be charged as a felony.

“Historically, it’s been a small percentage of hate crimes against Jews that have been physical,” said Kenneth Stern, the anti-Semitism authority who now runs the Bard Center for the Study of Hate. “Of course, one is too many, and as we saw in Pittsburgh, it takes just one person to create great carnage. But historically, Jews are more likely to [need to] worry about a swastika at a synagogue or a tombstone being overturned than an in your face physical assault.”

American Jews were particularly attuned to anti-Semitism in 2017, the year reflected in the report. A rash of bomb threats to Jewish institutions created a general sense of anxiety in Jewish communities across the country in the first few months of the year. Though the vast majority of the threats were later attributed to a lone Israeli Jewish teenager, the sense of fear never dissipated. The increased count in 2017 may reflect that increased awareness.

Some experts maintain that Jews are particularly susceptible to hateful vandalism, and that anti-Semitic vandalism as a phenomenon is particularly threatening. 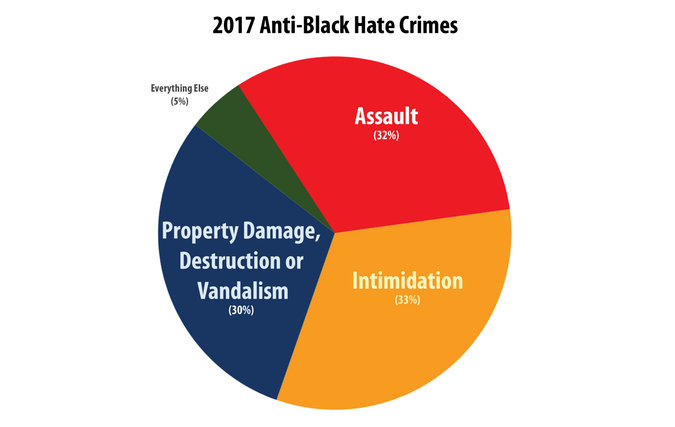 “If somebody wants to target Jews, where are they going to go?” asked Oren Segal, director of the Anti-Defamation League’s Center on Extremism. “They’re likely going to go to Jewish institutions. African-Americans, Hispanics, others, by the nature of how they look, their race, you’re able to identify them anywhere. Jews are not necessarily identifiable.”

Vandalism against Jews, meanwhile, has a particular history in the United States; one that has been used to threaten and terrorize the Jewish community. “Crimes against [Jewish] property, or defacing property more broadly, goes back a long time, at least to the 1930s, when the swastika becomes the sign of marking Jews out,” said Deborah Dash Moore, a professor of history at the University of Michigan. “It’s very serious. For a long time, people may have thought it. But they didn’t feel free to express it. Now what we’re seeing is all these anti-Semites are coming out of the woodwork.”