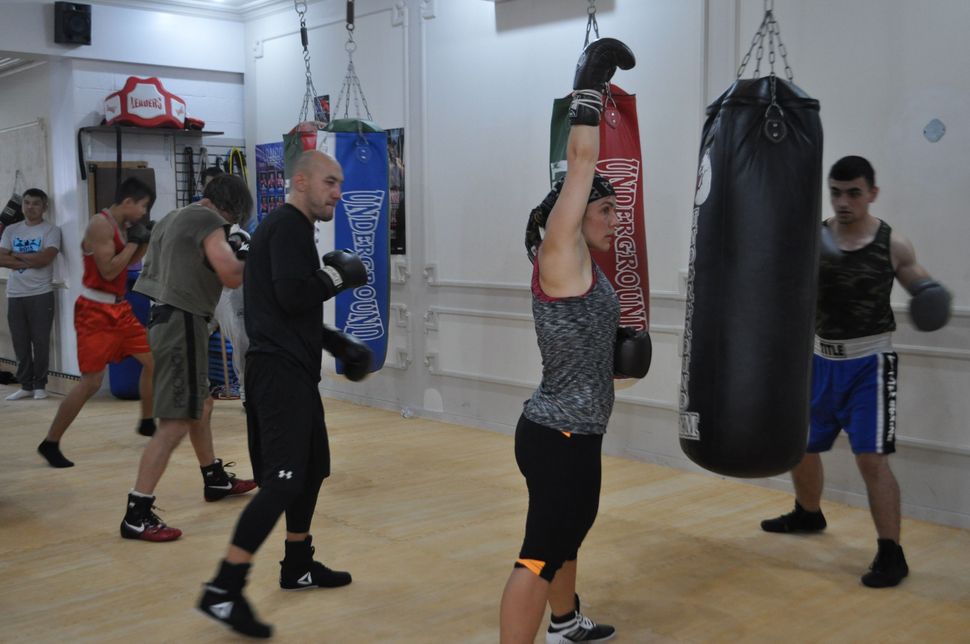 “We’re not open on Saturday,” said Yana Tolmacheva, the gym’s lone female boxer, as she climbed the steps into the gym on a Thursday evening in October. “You know – for Shabbat.”

About 70 boxers, all Russian-speaking immigrants or children of immigrants, train at the Underground, and about half are Jewish. The gym provides a way for them to band together and connect with their multifaceted heritage.

“Even Jews that box need to rest once a week,” said Ilya Mesishchev, Underground Boxing Gym’s coach and owner. Originally from Odessa, Ukraine, Mesishchev came to New York by way of Israel in 2008, and opened Underground in 2010.

It’s not just about keeping the Sabbath at this small Brooklyn gym. There’s a mezuzah on the doorpost, kashrut standards (“We don’t eat pork in my gym,” said Mesishchev) and kibitzing.

On days other than Shabbat, it’s the sounds at Underground that strike you. No music plays, but powerful punches hitting the bags create a rhythm as Mesishchev barks orders in rapid Russian to his fighters.

“Boxing teaches toughness for the real world, too,” he said. “Moving to the United States isn’t always easy, but here at Underground we can come and fight for our place here together.” 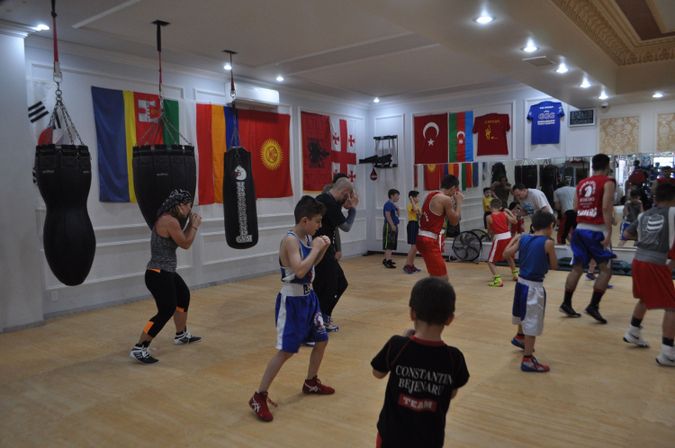 Jews aren’t exactly new to the boxing ring. The history of Jewish boxers goes back a full century, and in the 2016 book “Stars in the Ring: Jewish Champions in the Golden Age of Boxing,” author Mike Silver details the impressive careers of over a hundred Jewish boxers in New York City throughout the early 20th century. In the 1920s, Jewish boxing legends Barney Ross, Morris Scheer, Benny Leonard, Lew Tendler and Ruby Goldstein, to mention a few, were household names within the city’s Jewish community. And not only did they box – they won. A lot.

But it’s been a while since Jews ruled the ring. Though the likes of Yuri Forman, the boxer turned rabbi (who trains at Underground every once in a while, and actually hung the gym’s mezuzah), and Dmitry Salita, an Orthodox professional boxer, have kept the sport relevant for their Russian-speaking Jewish communities, boxing just isn’t as prevalent for Jews as it was a century ago.

Still, the boxers at Underground are committed to each other and to boxing, which is a reminder of home — albeit one that’s slightly bittersweet.

“Back in the Soviet Union, you had to be tough to survive,” said Mesishchev. “It wasn’t easy to be Jewish, and learning to box gave you an edge.”

His teaching, he said, is also Soviet-style, with an emphasis on footwork, defense movements and drills designed for the underdog, the fighter who’s smaller or who has a shorter reach.

It’s perfect, in other words, for Tolmacheva, 30 years old, five feet two inches tall and one of Mesishchev’s newest disciples. She immigrated with her family to New York City when the Soviet Union collapsed in 1992, and since arriving has worked hard to keep the Russian aspects of her Jewish heritage strong.

In addition to boxing at Underground, she is also the senior director for Russian-speaking Jewish programming at Moishe House, a Jewish housing cooperative. “I grew up knowing Jewish Russian boxers,” she said. “This sport is all about discipline, and it’s tough. But it’s comforting too, doing this thing I love around people that come from such a similar background.” 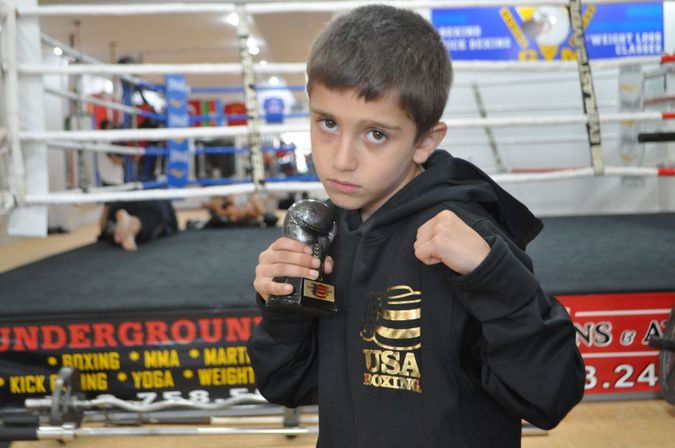 She’s a head shorter than most of her opponents, with the build of a boxer, just in miniature. “At my most recent fight, the announcer called me the Russian Fireball – and I’m hoping the name sticks,” she said. Though she only started boxing two years ago, Tolmacheva has already won three official fights out of six.

Though busy with five other children at home, Khanimov’s father, Arsen, never misses his son’s trainings or fights. “For the [Eastern National] championship, we had to ask the commission for permission to move his fight from Saturday, since we keep Shabbat, but when he won it was great. He was the best,” said Arsen, beaming.

Though Ariel Khanimov was born in the United States, his family emigrated from Siberia in 2009, which makes them relative latecomers. The numbers of Russian-speaking Jews in Brooklyn soared in the 1980s and ‘90s after the fall of the Soviet Union. Upon arrival, they moved mainly to Brighton Beach, Midwood, Bensonhurst and Sheepshead Bay. Most recent estimates put the total current population of Russian-speaking Jews in New York City at 220,000 people.

As divided as much of South Brooklyn’s Russian speaking enclaves can be, Underground functions as a little Jewish-led microcosm of the Soviet Bloc, for Jews and non-Jews alike. Boxers here really come from all over; countries like Russia, Moldova, Uzbekistan, Romania, Ukraine and Belarus are all represented in Underground’s flag-laden ring.

Mesishchev, as serious as he is about boxing, has really endeavored to make it more than just a sport.

“We try to make a big family,” he said. “I think it works: Jews, Muslims and Christians from all these countries that don’t necessarily like each other. But here we’re a family.”

At the end of a particularly grueling training session, Tolmacheva wiped sweat from her brow. “It’s nice looking around the gym to see so many Jews, especially Russian Jews,” said Tolmacheva. “I don’t know of any other female Jewish boxers that are also Russian. I might be the only one. But if I am, it’s good to put it on the map.”