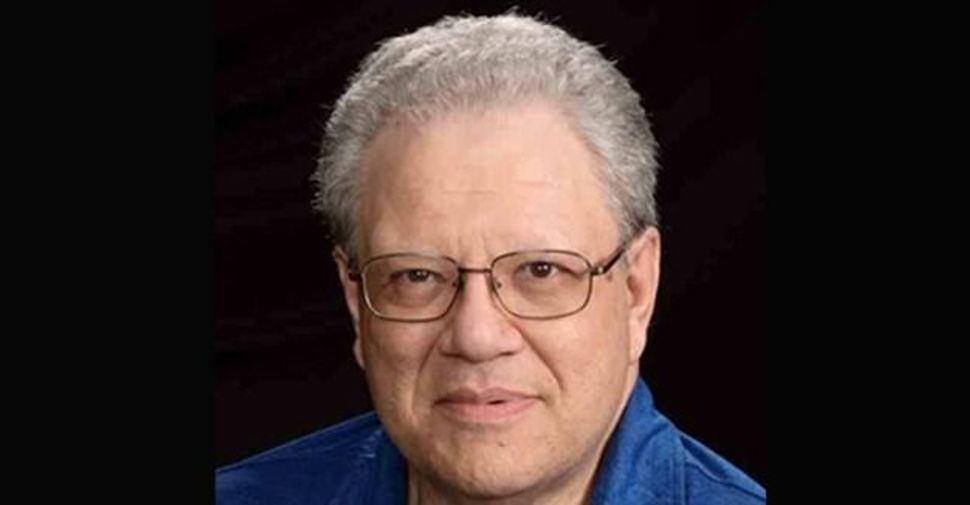 Myron Kaliski knew he was taking a risk when he announced on Facebook that he inherited emotional suffering from his abusive Holocaust survivor father.

“My father never really left the camps … and in a sense, neither have I,” Kaliski wrote. “When I didn’t do things to his liking, I was addressed as a dirty dog or pig. I have an extensive knowledge of German curse words.”

The children of Holocaust survivors Kaliski has known responded with “stunned silence or disbelief” when he told them about the “regular beatings” that accompanied the verbal abuse.

“I am reaching out to those who might have experienced this kind of upbringing,” he posted on the Children of Holocaust Survivors Facebook group page in late 2018. “I don’t know if it will help me, but perhaps I won’t feel so alone.”

Kaliski’s cry from the heart resonated with hundreds of group members — none of whom condemned him for criticizing a Holocaust survivor. Indeed, Kaliski, 66, revealed his sorrow for his psychologically damaged parent: “I never hated my father,” he wrote. “I knew why he went into ‘SS mode.’ But the damage lasts a lifetime.”

Five years ago, Kaliski, a retired IT specialist for the state of Ohio, was diagnosed with complex PTSD, an anxiety disorder stemming from prolonged or repeated trauma over months or years.

“My younger brother and I grew up very isolated,” Kaliski told The Forward. “My father worked in a factory and knew little English. Any association we had with the outside world was limited to Cincinnati, Ohio’s New Hope Synagogue. The congregation was mostly Holocaust survivors.”

Kaliski remembers the day his brother visited a boy whose father was also a Holocaust survivor. “He mentioned that we got beat up a lot,” Kaliski says. “The boy said, ‘What are you saying? My father never laid a hand on me.’ After this revelation, my brother and I walked around shell-shocked. We thought all children of survivors got beaten up.”

The Kaliski brothers did not exonerate their father’s conduct, but they could rationalize it. Not so their mother’s behavior. “She was a German Jew who escaped from Nazi Germany in 1939,” Kaliski says. “When she went off on us, there was never a reason. She used to egg my father on in German to beat us harder.”

As a child, Kaliski developed a dissociation technique to distance himself from his physical and emotional pain. “I would drift up to the ceiling and look down on myself, as if I was separate from what was happening below,” he says. “Various therapists have told me I was lucky to dissociate without fragmenting into many different personalities.”

A month after his first Facebook post, Kaliski updated his group members: He had enrolled in a treatment at Ohio State University called ketamine infusion therapy, a psychotropic modality used to treat depression and other mental health disorders — although not PTSD. The experiential nature of the protocol, notably hallucinatory visions, is an integral part of the treatment.

“We don’t promise a cure for PTSD”

When Dr. Joseph Zollo, a psychiatrist at Ohio State University’s Wexner Medical Center, met Kaliski in October 2018, he assessed Kaliski’s many previous treatments for depression and PTSD, and suggested that he now consider electroconvulsive therapy, transcranial magnetic stimulation or ketamine infusion therapy. “Myron did his homework and opted for ketamine,” Zollo says. “I could not promise him, though, that ketamine would also target his anxiety and trauma symptoms. We don’t have data on ketamine and PTSD.”

And yet Dr. Zollo concluded that the protocol helped Kaliski “quite a bit.” Kaliski is more emphatic. He calls ketamine a “game changer.”

For one, Kaliski, who was widowed seven years ago, recently began dating. “When he told me about his dating experiences, it was nice to see a smile cross his face,” Zollo says.

As Kaliski sees it, ketamine infusion therapy has opened up a spectrum of feeling that parental abuse closed off to him.

“After my treatment, I had an annoying experience with the scanning technology at the supermarket,” Kaliski says. “I yelled at the store manager and, frankly, I behaved like an asshole. A day later I had another annoying experience, this time at the Toyota dealership where the clerk said the shop would work on only one of my car’s two problems. I said, ‘What the hell is this about? The same machine can fix both issues!’”

In the past, Kaliski says, he would have accepted these aggravations in silence. “Post-ketamine, I lashed out at the people who, I felt, were being insensitive to me,” he said. “With some introspection, I realized I myself had behaved badly. I talked to the woman at the dealership and the store manager — and I apologized to both of them.”

Kaliski says that speaking up for himself and then voicing remorse — possible only post-ketamine — are signs that he feels safer in the world. A sense of security is a new feeling for him.

“I’m not saying, ‘take ketamine and become an asshole,’” he says. “But for somebody who believed that speaking up put him in mortal danger, feeling hurt, anger, frustration — it’s freedom. I speak up now and I don’t worry that — like my father — if I talk back to an SS guy, I’ll get crushed. All I have to learn now is how to modulate the range of feeling newly available to me.”

Dr. Zollo notes that the effects of ketamine are not permanent and Kaliski may need to be retreated.

“I’m prepared for that eventuality,” Kaliski says. “What I’m not prepared for is to perpetuate my father’s Auschwitz trauma in myself. My father once flew into a rage when I, age six or seven, told him we had to hurry up and get going. ‘The guards at Auschwitz made me hurry up,’ my father said. ‘Now you tell me to hurry up too? How dare you!’ My father couldn’t help himself. He turned our life in Cincinnati into Auschwitz. Of every therapy I have ever tried, only ketamine helps me live a wonderfully ordinary life. My life.”

Barbara Finkelstein is at work on a book about mental illness and housing in the Bronx.