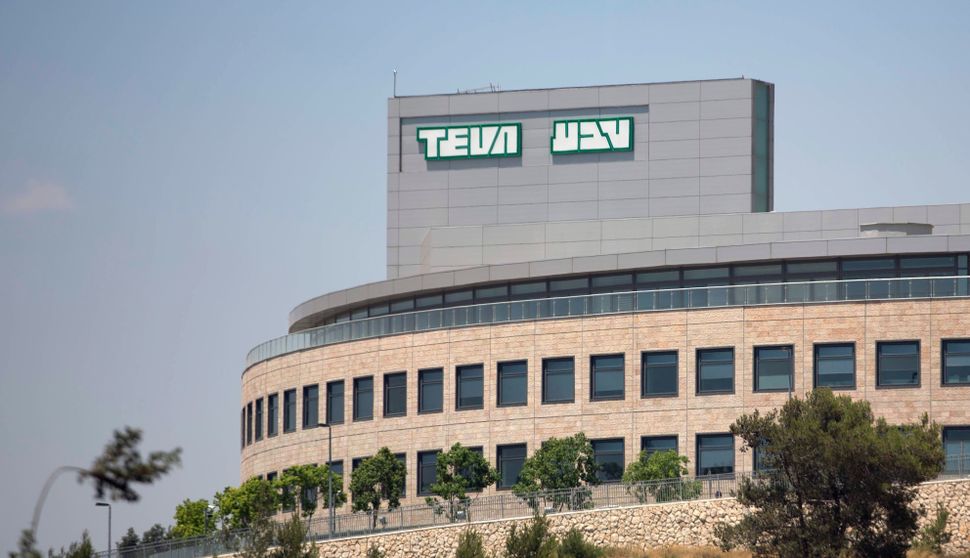 Teva Pharmaceutical Industries is a poster child for Israeli economic success. Built from a group of companies founded in the early years of the 20th century, Teva grew to become one of the largest generic drug producers on the planet, with revenue last year at nearly $19 billion.

But it has come under increasing criticism in recent years. Teva is one of many major pill producers being sued by state governments for its role in the American opioid epidemic, which claims on average 130 lives a day. The company has been accused of conspiring with other pharma giants to fix opioid pill prices and deceptively market the addictive pills to Americans. (Teva has repeatedly denied wrongdoing.)

So why would any Jewish institutions want to invest in Teva now?

To get them to change their ways, for one.

That’s the opinion of the JLens Investor Network, which promotes “impact investing” — investments meant to generate social good alongside profit — in the Jewish world. Partnering with the Jewish Community Foundation of San Diego, JLens recently helped the Foundation become the apparent first Jewish organization to use its status as a shareholder to pressure an Israeli company to act better. JLens joined with other impact investors to successfully urge Teva to be more transparent about how it monitors its own practices related to opioid sales and distribution.

The result was “a huge win,” said Beth Sirull, the Jewish Community Foundation of San Diego’s chief executive. “The evidence shows that the opioid epidemic has hit the Jewish community just as much as any other community.”

JLens, founded in 2012, does something new in the Jewish world. Some Jewish nonprofits, particularly city federations and foundations, manage hundreds of millions of dollars of assets for themselves and smaller nonprofit organizations. The Jewish Community Foundation manages $455 million in assets from both Jewish and secular nonprofits, for example. When these groups partner with JLens, they give the firm license to apply pressure to the companies they invest in — even if they only have a small amount of the companies’ stock.

“For all the leadership that we have in so many other spaces, the Jewish community had no leadership” in ethically responsible investing before JLens, said Julie Hammerman, JLens’ founder.

JLens advocates on behalf of over a dozen Jewish institutions holding $50 million of investments. Those investments cover about 300 publicly-traded companies, to which JLens has the right to introduce shareholder resolutions and get attention from its leadership. Part of the core of JLens’ mission is combatting efforts from the Boycotts, Divestments and Sanctions (BDS) movement to pressure companies to cut their ties to Israel or Israeli settlements in the Occupied Territories.

Hammerman says that one of the main reason that she founded JLens was because other religious groups were well ahead of Jewish ones on using endowments and investments for responsible investing. For example, the Presbyterian Foundation invests a small amount of its $1.1 billion assets in companies working to mitigate the climate crisis. And last year, Pope Francis began encouraging Catholic investors and groups with billions in assets to focus on values-driven investments as well as philanthropy.

It’s likely that impact investing has come relatively late to Judaism because Judaism lacks a central authority to assert what its most important values are, according to Lila Corwin Berman, a professor of history and the director of the Jewish studies center at Temple University, who studies Jewish philanthropy.

Sirull says that impact investing can help Jewish organizations apply their values into their financial planning. For JLens, “Jewish values” fall into three big baskets: serving the environment, social justice and support for Israel. Last year, among other things JLens encouraged McDonald’s to phase out foam packaging; helped convince T.J. Maxx to perform a racial pay gap analysis; and had success with three proposals for American companies related to opioids.

Sirull said it was hypocritical for Jewish institutions like synagogues to “care so much about the kashrut in its kitchen” without also caring “that it pays for everything off the backs of polluters, and poor labor practices, and anti-Israel bias.”

The Jewish Community Foundation of San Diego first partnered with JLens two years ago, when it created a specific fund for impact investing. The amount of money in that portfolio is small relative to the rest of its holdings, Sirull says, but it has been the Foundation’s best-performing fund since its inception.

JLens began to pursue a meeting with Teva last year. In January, they, along with other members of Investors for Opioid Accountability, a coalition of institutional impact investors of which JLens is a founding member, met in New York with Teva representatives, including the chairman of the company’s board. The meeting was confidential, but in a letter released to shareholders, Teva said that it had agreed to create an independent report about the company’s activity as it relates to opioids.

JLens specifically requested that the report include details on its monitoring lobbying activities and executive compensensation incentives related to opioid sales. Sirull said she is hopeful that Teva will follow through.

“The more that we say this [report] is happening, and the more we yell and scream about how wonderful this is, the more we hold their feet to the fire,” she said.

JLens’ effort with Teva was also a rare moment of a values-driven shareholder engaging an Israeli company on something unrelated to the occupation. Other impact investors have used their shareholder status to pressure companies that have business ties to the Occupied Territories. The Presbytarian Church, for example, has divested from companies whose products or services are used in the West Bank.

Indeed, part of JLens’ core mission is using shareholder advocacy to fight efforts to get companies to boycott or divest from Israel. In fact, JLens “encourages companies to expand economic ties with Israel,” it wrote in its 2018 year-end report.

That element is a “centerpiece of selling impact investing” to large Jewish organizations, whose investors are more likely to oppose BDS, according to Berman, the Temple professor. JLens has prepared a specially selected list of Israeli firms for organizations who want to increase their stakes in the Israeli economy to invest in. Hammerman said JLens does not publicly disclose the names of these companies, or any other company it encourages its clients to invest in.

JLens’s desire to increase investments in Israel means that progressive Jews who might want to use their wealth to pressure Israeli companies on issues like the occupation — or to encourage other companies to divest from Israel – don’t currently have an expressly Jewish impact investment option, though some not-for-profits like Jewish Voice for Peace do sometimes focus on specific companies in their BDS campaigns.

“There’s no way to accept JLens’ shareholder portfolio without saying that folks who have a pretty progressive view on israel are not really included,” Berman said.

Hammerman says that JLens supports efforts to create an “economic foundation for peace,” for example via companies that foster connections in Israel’s tech sector between Jewish Israelis, Israeli Arabs and Palestinians.

“We just find that to be a much more sophisticated way of engaging than the BDS campaign when it comes to the ultimate goal of fostering peace,” she said.

She also acknowledged that not all Jews will feel their views represented in JLens’ Israel strategy. “We’re not a fit for every investor, by far,” she said.

It can also be easier to engage with Israeli companies on humanitarian issues that are not related to politics or the Israeli-Palestinian conflict, according to Momo Mahadav, the head of a nonprofit that promotes corporate social responsibility in Israel. Mahadav helped connected JLens with Teva.

“If you do expect them to take a stand in terms of the occupation… you wont really get an answer,” Mahadav said.

And given the kinds of investors who park their funds with institutions like the Jewish Community Foundation of San Diego, there’s a ceiling on how political the investing can get, Sirull said. The diversity of the foundation’s donor base, she says, runs from people who think that Israel needs to annex the West Bank to ensure the future of the Jewish people, to people who believe just the opposite.

“No one will argue with wanting to deal with the opioid issue,” Sirull said. “The occupation is a different animal.”

Update, 7/29/19 — This article has been updated to reflect the current assets under management of the Jewish Community Foundation of San Diego.