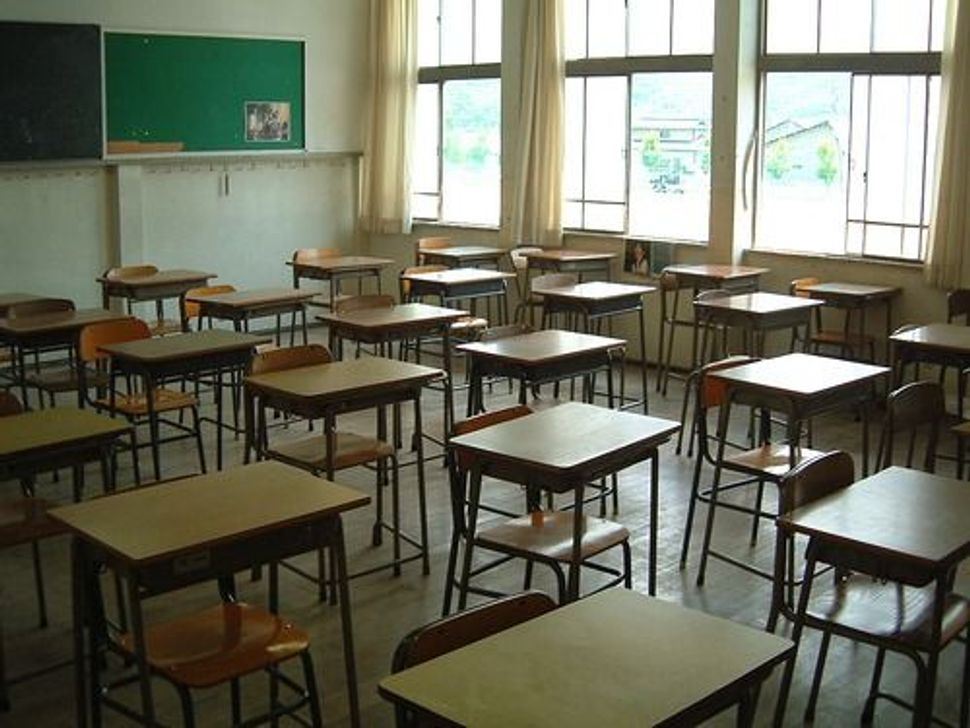 A classroom Image by strngwrldfrwl from Japan

An administrator at an elite Jewish school in the Bronx was arrested last weekend for producing child pornography, according to court documents filed by the FBI in New York.

Rabbi Jonathan Skolnick, an associate principal at Salanter Akiba Riverdale Academy’s middle school, is accused of pretending to be a young girl in email and text messages in order to solicit sexually explicit images from minors, then threatening to release the photos if victims did not send him additional content. Skolnick told investigators that he had requested explicit photos from more than twenty people, most of them minors, according to the complaint.

The FBI declined to comment, citing an ongoing investigation.

The contact between Skolnick and one victim began in March of 2019 and continued through this month, according to the complaint. Skolnick allegedly created an email address as early as July 2015 that he used to contact victims.

Skolnick is charged with five counts related to producing and possessing child pornography, involvement in sexual activity with a minor and extortion.

In an email on Monday, the school’s principal, Rabbi Binyamin Krauss, told parents and faculty that the school had fired Skolnick, who had been employed there for about a year. The middle school serves grades six through eight.

“It is shocking to know that someone who we have trusted with our children has been accused of harming them,” wrote Krauss. “Despite the practices in place to protect our children, we are not immune to breaches such as the one that seems to have taken place at SAR.”

Krauss also wrote staff have “reason to be concerned that SAR students may have been victims or potential victims.”

A previous teacher at SAR, Stanley Rosenfeld, sexually abused at least twelve students there during the 1970s. The school investigated Rosenfeld’s misconduct last year after past students came forward with allegations of abuse. Two years ago, another alumnus alleged misconduct by a teacher.

Rosenfeld worked at two other prominent Jewish day schools in the New York area, Westchester Day School in Mamaroneck and the Ramaz School on the Upper East Side, which also launched investigations last year.

Andy Blumenthal, an alumnus of SAR who alleges molestation by Rosenfeld in a lawsuit, said he was shocked and outraged to hear of another allegation involving school staff.

An FBI investigator, Aaron Spivack, wrote in the complaint that Skolnick said he used at least three email accounts to pose as teenage girls.

The FBI searched Skolnick’s Bronx apartment on Friday, during which investigators seized two mobile phones and a laptop.

The complaint is no longer available online.