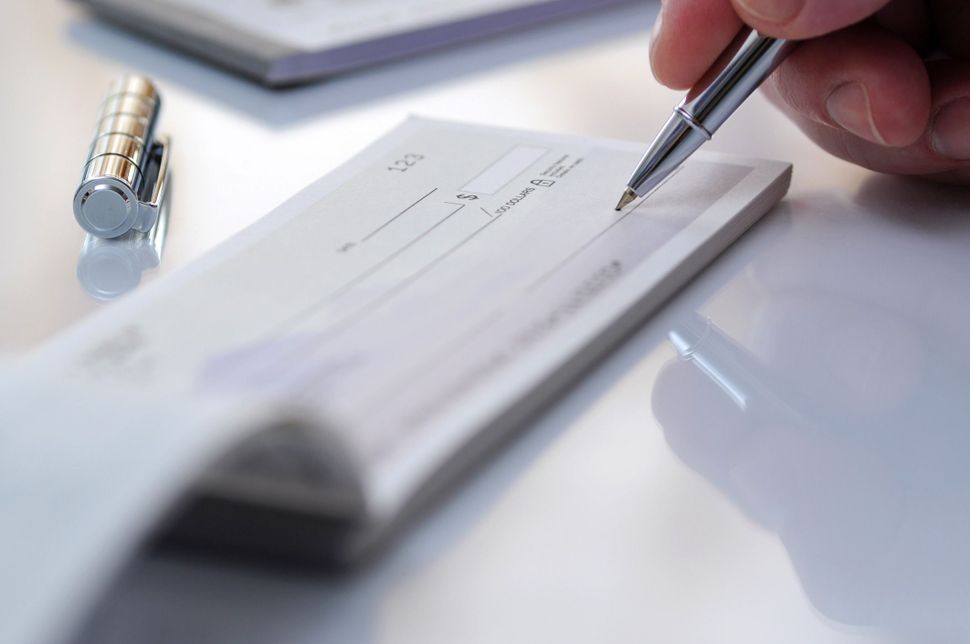 After philanthropists protested Jewish federations’ denial of their desire to donate money to a group critical of Israel, the New Israel Fund is creating a new pipeline for philanthropists to support it and other progressive groups, the Forward has learned.

An American charity whose mission is to direct funding to liberal groups that push for change in Israel and the Palestinian territories, the New Israel Fund is unveiling its “Progressive Jewish Fund” on October 23, designed especially for liberals leery of their local federation deciding that they can’t donate their own money to the charity of their choice.

“People engaged in American Jewish life are being told, ‘The tent doesn’t include the things that you want to do,’ said NIF CEO Daniel Sokatch.

Roy Eidelson, a psychologist in Philadelphia, told the Forward that this very thing happened to him when he tried to donate to IfNotNow, a group that criticizes Israel’s treatment of Palestinians. IfNotNow also protests other Jewish organizations it sees as complicit in that treatment.

The CEO of the Jewish Federation of Greater Philadelphia told him earlier this year that they didn’t approve of “controversial” donations, Eidelson told the Forward. A spokesperson for the federation said the CEO didn’t recall using the word “controversial” but confirmed that they rejected the donation because they thought it was contrary to the interests of the Jewish community.

“It’s discouraging and upsetting to me,” Eidelson said. “How many other federations are acting similarly?”

Foundations like the one Eidelson had with the Philadelphia federation are called “donor-advised funds,” and they’re usually mutually beneficial for federations and their donors, said Lila Corwin Berman, a professor of Jewish studies at Temple University who studies American Jewish philanthropy.

The donor sets up the foundation inside the federation with an initial contribution. The federation takes an annual fee in exchange for working to grow the original investment. The donor can then tell the federation to donate a certain amount of money within their fund to charities of their choice. Most of the time, these requests go through without a problem. Federation donor-advised funds made $941 million in grants in 2014 alone, Jewish Theological Seminary professor Jack Wertheimer wrote in his 2018 study “Giving Jewish: How Big Funders Have Transformed American Jewish Philanthropy.”

What many donors don’t know is that federations have the right to deny their request to support a given charity. This almost never happens – but it has, as in Eidelson’s case.

For example, the Jewish Community Foundation of Los Angeles thwarted an attempted donation to IfNotNow in 2016, as did the Jewish Federation of Greater Seattle earlier this year. And three years before the Philadelphia federation denied Eidelson’s IfNotNow donation, it also blocked a contribution to Jewish Voice for Peace, which supports the boycott, divestment and sanctions movement against Israel.

The Progressive Jewish Fund isn’t the first Jewish donor-advised fund program outside the federation system, but the New Israel Fund says it’s the only one explicitly designed for liberal Jews.

The revenue federations generate by taking those fees for managing donor-advised funds are their “lifeblood,” Corwin Berman said.

If someone writes a check directly to their local federation, the federation might split it and disburse it to dozens of different local charities – including ones the donor doesn’t really care about.

It’s this last factor that has compelled the richest American Jews to shrink or stop donations to federations and instead create their own independent foundations to support the causes that are most important to them, Wertheimer wrote. This means that federations’ financial survival is increasingly dependent on maintaining a robust business in donor-advised funds like Eidelson’s.

Federations still play an important role in bringing community leaders and institutions together, and still facilitate hundreds of millions of dollars in donations to Jewish causes each year, but they have been in decline for a long time. In 1973, the year of the Yom Kippur War, federations in North America received around one million individual donations. The current annual number is only 30% to 40% of that.

Now the New Israel Fund hopes philanthropists will move donor-advised funds from the federation to them. That would help facilitate donations to groups that federations might not approve of, and also support NIF itself through the annual fees.

It could also further weaken the federation system. Corwin Berman said the New Israel Fund faces an “uphill battle” in its effort to attract a significant number of donors. Its target market is quite specific: progressive Jews, with thousands of dollars in disposable income, who would be willing for the sake of principle to settle for a lower investment growth rate than what a “secular” firm like Fidelity could likely provide.

The threat to federations would come more from knock-on effects, even if the actual dollars are marginal, she explained. For example, the movement away from federation donor-advised funds due to political disagreements has so far come from people on the left. But if a number of right-wing Jews get upset that their local federation continues to approve donor-advised fund donations to liberal groups like J Street – or, for that matter, the New Israel Fund – they could take their cue from their left-wing counterparts and abandon the communal institutions.

“There are literally tens of thousands of folks out there looking for the right [philanthropic] home for themselves,” said Jen Spitzer, New Israel Fund vice president for finance, operations and administration. “For some, it’s going to be Fidelity or a commercial operation. For some, it’s going to be Federation, which is wonderful. But there hasn’t yet been a national progressive Jewish place to house your philanthropic giving to Israel and America.”

Sokatch said the Forward’s reporting on Canary Mission, the shadowy right-wing Israeli blacklist group that received hundreds of thousands of dollars from federation donor-advised funds, was a wake-up call for many on the Jewish left.

“When engaged Jews read that institutions knowingly or unknowingly fund McCarthyite blacklisters who aim to chill debate, intimidate college students and label anyone who doesn’t agree with their radical right-wing agenda as community traitors, those are moments that we’ll look back on as trigger moments for all kinds of new things coming online,” he said.

NIF leaders say that their guidelines, which are available on their website, are more transparent because they say exactly which grants they won’t approve: for example, groups on the right that support settlements, or groups on the left that support BDS.

Federations also say their rules are accessible, but they can be vague: The Philadelphia federation’s regulations only say grantees “must be in keeping with the broad purposes of the Jewish Federation.”

The Progressive Jewish Fund has already been operating in a sort of beta mode, distributing grants to Jewish groups like IfNotNow and T’ruah: The Rabbinic Call for Human Rights as well as non-Jewish organizations, Sokatch said.

One of its first donors is Lisa Greer, a NIF board member whose attempted donation to IfNotNow via the Los Angeles federation was denied in 2016.

But even the New Israel Fund’s tent might not be wide enough for some.

Eidelson, the Philadelphia psychologist who tried and failed to donate to IfNotNow, told the Forward that he was disappointed the Progressive Jewish Fund wouldn’t allow him to donate to Jewish Voice for Peace, but said that he would probably take a look at their new initiative anyway.

“I get that each [organization] might have some kind of filters they use [on donations], and I don’t think that’s inappropriate,” he said. “In this instance, I just disagree with the filters that the federation has chosen to employ.”