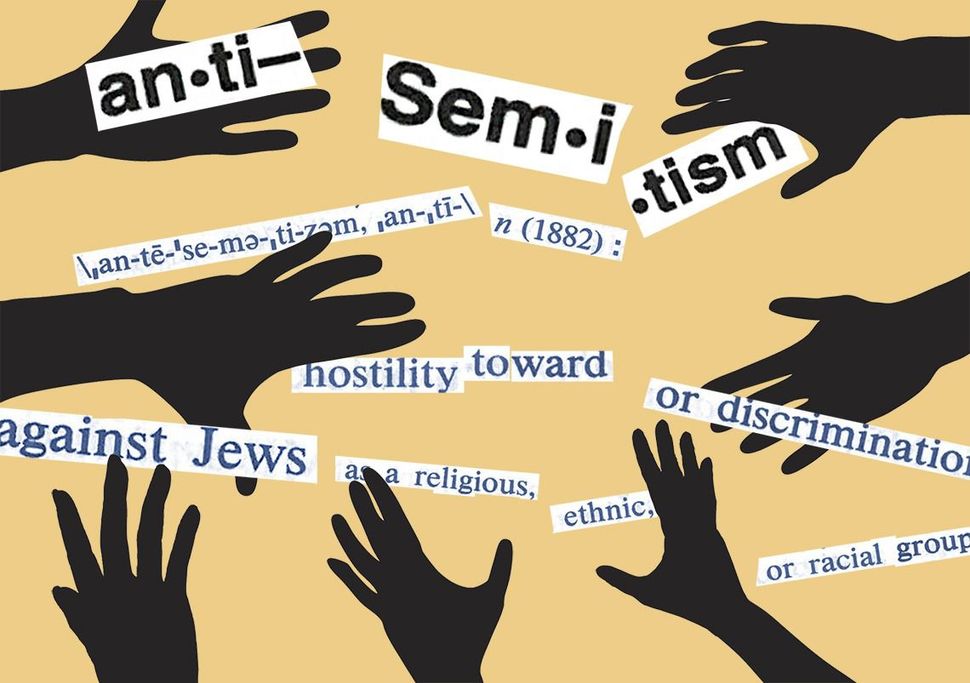 Nearly half of American Jews aged 18-29 say they’ve been the victims of anti-Semitism in the last five years, according to a survey released Wednesday by the American Jewish Committee.

The poll of American Jewish attitudes towards and response to anti-Semitism was released nearly one year after the Pittsburgh synagogue shooting, the deadliest anti-Semitic incident in American history. Some 88% of the representative sample of more than 1,200 Jews surveyed said anti-Semitism was a problem in the United States today, and 84% said it had increased in the last five years (which is consistent with data from the FBI and the anti-Defamation League).

Here are some of the key takeaways:

A quarter of American Jews avoid certain places out of concern for their safety or comfort as Jews:

A full 25% of respondents said they avoided certain places, events, or situations for those reasons, but only six percent said that they did so always or frequently. Many Jews also took other precautionary measures: 31% said they had avoided wearing or displaying things that would have identified them as Jewish.

The Forward is trying to collect the individual human stories behind these numbers. If you have avoided Jewish places out of fear, or declined to display things that identify yourself as Jewish, please share your experience by filling out this form. We will publish a selection of responses.

People affected by anti-Semitism say they usually don’t report it:

But 75% of people who said that they had been targeted with anti-Semitism also said they had that they hadn’t reported it — not to the police, a Jewish organization or through a social media platform.

Whatever party Jews belong to, they say the other side is to blame for the rise in anti-Semitism:

Nearly three quarters of respondents said they disapproved of how President Trump is handling anti-Semitism. But these types of poll questions are often strongly correlated with partisanship in general –- and, indeed, 76% of respondents said they had an unfavorable opinion on Trump as president. (Jews, the large majority of which have been voting Democratic for decades, have consistently been the American religious group that most opposes Trump).

The party-line split is even more apparent in other poll responses: 84% of Republicans in the AJC survey approved of Trump’s handling of anti-Semitism, while 92% of Democrats disapproved.

Respondents were also asked to use a scale to assign blame to the parties for the current levels of anti-Semitism, with 1 being no responsibility and 10 being total responsibility. The Republican Party averaged 6.2, and the Democratic Party averaged 3.6. The two groups agreed, though, that the other was mostly to blame, each giving their own party an average responsibility score of 2.7 out of 10.

Is BDS anti-Semitic? Jews think it’s complicated (if they even know what BDS is).

The survey also asked American Jews whether certain statements were anti-Semitic, and at least 70% of American Jews said yes about each of these: “Israel has no right to exist.” “The U.S. government only supports Israel because of Jewish money.” “American Jews are more loyal to Israel than to America.”

The survey also asked whether respondents thought the Boycott, Divestment and Sanctions campaign against Israel, commonly called BDS, was anti-Semitic, and the responses were much more divided. Some 35% said it was; 47% said it wasn’t but had some anti-Semitic supporters; and 14% said it wasn’t anti-Semitic. Notably, even after more than 15 years of Jewish internal debate on the movement, nearly a quarter of Jews surveyed said they weren’t familiar with BDS at all.

The survey of 1,283 adult American Jews was conducted by telephone between September 11 and October 6. It has a margin of error of 4.2%.