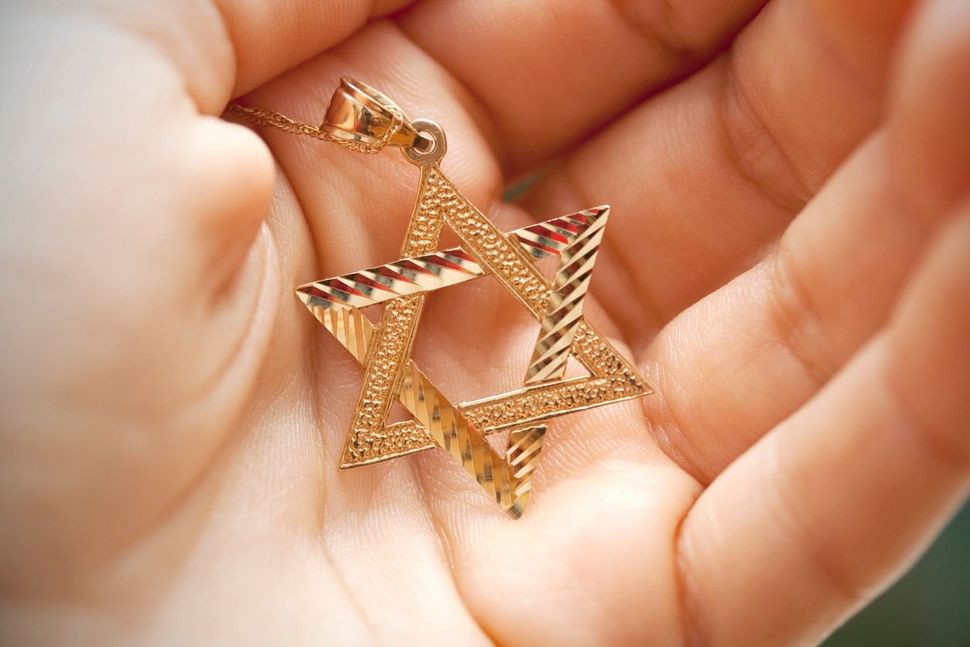 Do you tuck your Star of David away in public? Image by istock

A new survey of American Jews by the American Jewish Committee showed respondents’ serious concern for their safety as Jews.

One of four Jews in the survey, said that they “avoid certain places, events or situations out of fear” for their “safety or comfort as a Jew.” In a separate question, 31 percent said they avoided “publicly wearing, carrying or displaying things that might help people identify” them as Jewish.

These figures — based on a nationally representative sample of 1,283 Jews over the age of 18, contacted by phone between September 11 and October 6 — are startling. We want to hear the human experiences behind the numbers.

To share your experience, please fill out this Google form. We would love your help in distributing this widely, as we aim for the broadest possible array of perspectives from American Jews.