Attending the solidarity march in NYC? Here’s what you need to know 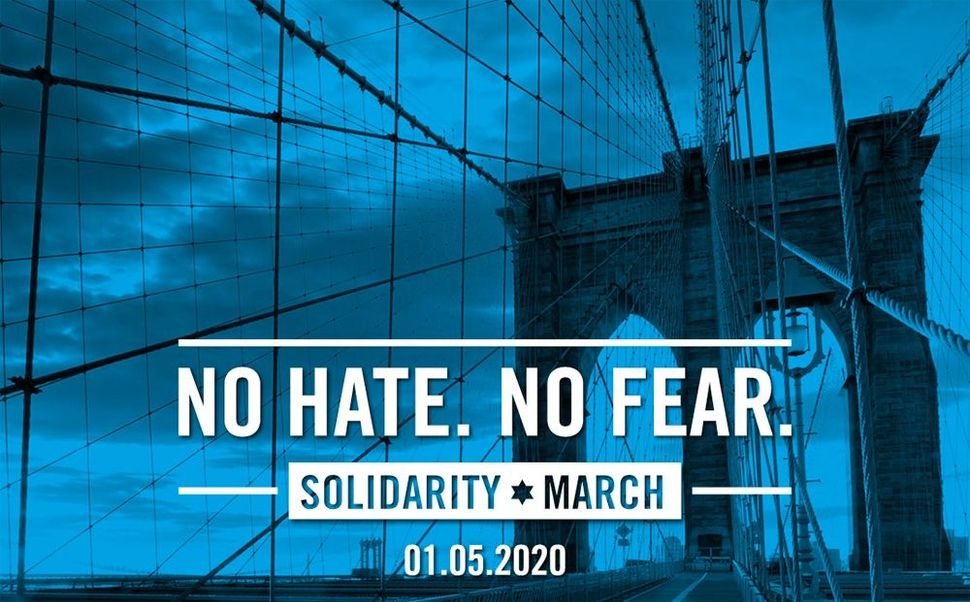 “No Hate. No Fear.” solidarity march. Image by uja federation

If you plan on attending Sunday’s “No Hate, No Fear” solidarity march in New York City here’s what you need to know.

(Can’t attend the rally? The Forward will have a team of reporters and editors on the ground covering the event online, on Twitter, Facebook and Instagram.)

The march officially kicks off at 11 a.m. in Manhattan’s Foley Square. Plan on arriving early.

Organizers are asking people to arrive via the north side of the square, at the intersection of Worth Street and Lafayette Street (also known as Federal Plaza).

If you are arriving by subway south of Foley Square you will have to walk north up Broadway or Centre Street until Worth Street. From there walk toward the intersection of Worth and Lafayette and enter on the north side of the square.

After a short program, participants will march from Foley Square across the Brooklyn Bridge for a rally in Cadman Plaza (a distance of about 1.5 miles), then a series of speakers will talk.

What can I bring?

Organizers say you should limit the size and number of backpacks. Strollers are welcome and you are encouraged to bring your own signs. Signs will also be provided.

The weather at the kickoff of the rally is expected to be 40 degrees and cloudy. Wind is expected with gusts as high as 20 miles per hour so dress warmly.

We will have a team of reporters and editors on the ground tomorrow in New York covering the @UJAfedNY’s “No Hate, No Fear” solidarity march. Follow @aefeldman, @thesimplechild and @johnkunza for their updates. pic.twitter.com/k8oL7gjJW3

Attending the solidarity march in NYC? Here’s what you need to know