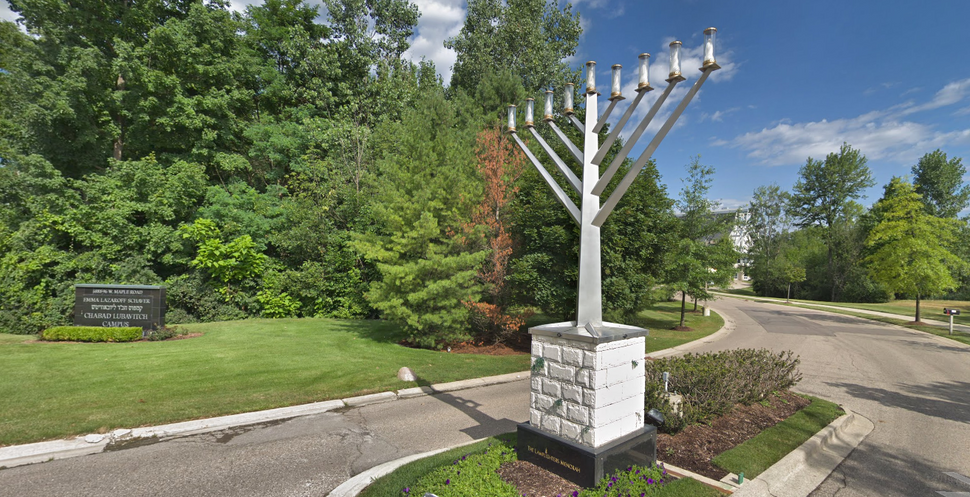 A screenshot of a Google Maps image of the campus that includes Michigan Jewish Institute. Image by Molly Boigon

The documents, which include a complaint filed by a former employee and whistleblower, describe in detail how the Michigan Jewish Institute allegedly defrauded the government of more than $40 million over the course of at least ten years since about 2007.

The government unsealed the records after deciding not to take on the case, but the whistleblower may proceed with her private lawyers, and the Department of Justice may decide to intervene later on. If she wins her case, the government will still collect damages.

The Forward has previously reported on Michigan Jewish Institute’s receipt of high volumes of federal aid despite graduating very few students, as well as its tenuous grant eligibility and at-risk accreditation status. But details about the fake study-abroad scheme are new.

Rabbi Yudi Mann, the institute’s marketing and study abroad manager, allegedly struck deals with yeshivas and seminaries in Israel to purchase demographic information about students, which staff then used without their knowledge to create dummy profiles and “enroll” them in fake classes at Michigan Jewish Institute.

The institute also allegedly “invented fictitious students,” according to the complaint.

The students’ information would allegedly be used to apply for Pell Grants, a form of federal financial aid for college tuition. The grant money would be shared between Michigan Jewish Institute and the participating yeshiva or seminary.

The whistleblower, a former IT employee named Dawn Klobuchar, claims at least 8,700 fictitious students were enrolled over ten years, 98% of whom received Pell Grants.

Klobuchar claims in the complaint that there were at least 63 real students enrolled at Michigan Jewish Institute, but that the entire study abroad program, through which Israeli students were supposedly enrolling in courses, was fraudulent.

Klobuchar claims that Michigan Jewish Institute had no system of maintaining grades or taking attendance, and even staged fake classes, one hosted by an IT employee, during a 2013 audit by the Accrediting Council for Independent Colleges (ACICS).

The institute “paid employees and members of the community to sit and listen to a lecture,” according to the complaint.

Michigan Jewish Institute lost its federal education grant eligibility in 2016 and is no longer accredited by ACICS. It filed its last nonprofit tax forms in 2015.

However, the school filed an annual report with the state’s Department of Licensing and Regulatory Affairs in November, meaning it is still an active corporation in Michigan.

The records of her accusation were sealed while the Department of Justice investigated the claims to decide if it would intervene in the case, so Michigan Jewish Institute and other defendants likely did not know that they were being sued.

The Department of Justice declined to take on the case on January 6.

Legal experts say the government only intervenes in about a quarter of whistleblower cases.

Doug Lipsky, a partner at Lipsky Lowe LLP, a firm that represents whistleblowers, said the government sometimes declines to intervene because it doesn’t see a violation, because it’s unsure it can prove the case or because the cost of taking on the case is more than the damages.

The whistleblower now has the option to continue the claims process or dismiss the claim, though she cannot do the latter without written consent of the government.