After new bail reform, New York is scrambling to get enough ankle monitors 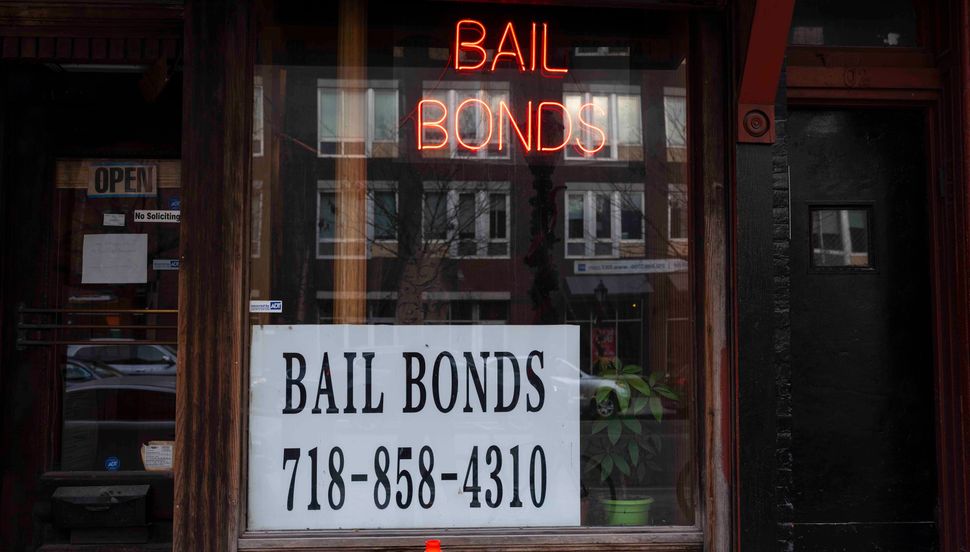 This story was originally published on January 17, 2020 by THE CITY

When sweeping bail reform was passed last April, state lawmakers allowed for the use of some kind of electronic monitoring for defendants charged with certain felonies.

The reforms went into effect at the beginning of the year — and now city criminal justice officials are searching for the best way to keep track of people facing domestic violence or sex-related cases.

In the meantime, some defendants charged with those crimes are being let go without electronic monitoring amid the new law, which mandates release for most cases.

City officials are evaluating a range of monitoring devices — including GPS- and radio frequency-based ankle-monitoring technology. Also in the mix are smartphone apps where defendants have to sign in using their fingerprints or some other unique identifier, several city officials told THE CITY.

One concern is unique to New York City: GPS service is spotty underground in the subways. City officials say they will likely have to allow for gaps in coverage if that sort of tracking system is used.

The lack of a citywide system is apparently frustrating at least one prosecutor.

New Queens District Attorney Melinda Katz appeared to go back on a campaign promise and sought cash bail in a felony case her first day in office because “the system is not yet equipped to move entirely away from” the old set-up.

“Unfortunately, some of the options the law created for close monitoring of defendants are not yet available to the courts due to a very recently clarified provision in the law about how the monitoring is to be effectuated,” she said in a statement earlier this month, declining to elaborate.

The Mayor’s Office of Criminal Justice, which is researching what system to use, blamed the timing on their own confusion about the law and a desire to avoid pitfalls other cities have encountered.

“Last month, we received some guidance from the Office of Court Administration on some questions about the law and electronic monitoring, and we are now moving ahead with establishing a pre-trial electronic monitoring program,” said Chester Jesus Soria, a MOCJ spokesperson.

The need for advice arose from the bail reform legislation, which states the electronic monitoring must be done by a “public entity under the supervision and control of a county or municipality or a nonprofit entity.”

But there does not appear to be any nonprofit that operates electronic monitoring systems, officials said.

In December, a top state court official concluded that counties could contract with for-profit firms to supply the monitoring equipment.

But the selected private firm should have no say in whether a defendant violated a condition of their parole and should merely serve as a “pass-through entity,” Paul McDonnell, deputy counsel for the state’s Office of Court Administration, wrote in a letter last month to city and county officials.

“All determinations regarding whether a defendant is complying with electronic monitoring must be done by the public or nonprofit entity,” he added.

The system will be paid for by the city and will likely cost at least $1 million per year to operate, according to several people familiar with the research into monitoring options.

MOCJ officials are also worried about creating a faulty system, citing Cook County, Ill., which encompasses Chicago, as an example.

More than 300 defendants were reportedly missing from the program as of last February. Illinois officials conceded they did not keep data on those under surveillance.

In New York City, certain defendants charged with rape or another sexual offense, like movie mogul Harvey Weinstein, are sometimes put on electronic monitoring as a condition of their bail. Weinstein has so far covered the cost of that ankle bracelet, which was put in place and is monitored by a bail bondsman who often deals with celebrity defendants.

When the bail reform law was being negotiated in Albany, criminal justice advocates sought to severely limit any electronic monitoring, arguing that it would create privacy concerns and “disproportionately impact” low-income people of color.

There’s little research to show whether the programs are effective in making defendants return to court.

Meanwhile, MOCJ is also in the process of setting up a program to help defendants awaiting trial avoid trouble. A primary vendor has not been chosen yet to run the so-called Atlas program, THE CITY reported on Jan. 7.

MOCJ says the program rollout is on schedule and that it will be running mid-year.

This story was originally published by THE CITY, an independent, nonprofit news organization dedicated to hard-hitting reporting that serves the people of New York.

After new bail reform, New York is scrambling to get enough ankle monitors