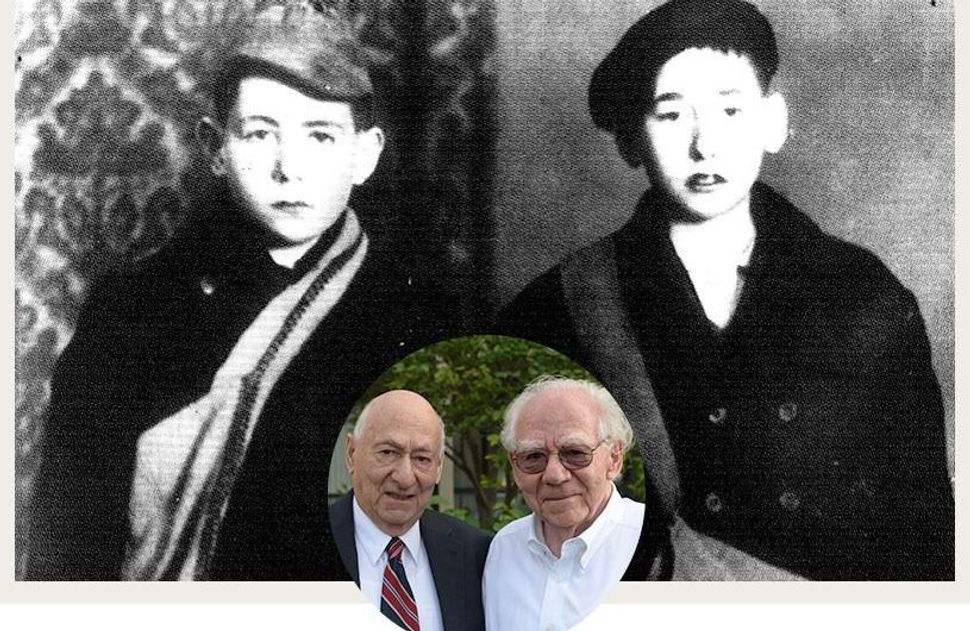 Peter and Thomas Somogyi as 11-year-olds; inset, as older men. In the historical photo, Peter is on the right; in the contemporary one, he is on the left. Image by Courtesy of Anna Somogyi

Angela Orosz Richt is nervous about her upcoming trip to Auschwitz to commemorate the 75th anniversary of its liberation. She was there on that day, although she doesn’t remember it, because she was only about a month old. Richt is one of the very small number of people who were born in a death camp and survived it.

On Jan. 27, Richt will join more than 200 Holocaust survivors, as well as numerous heads of state, at the death camp where more than 1.1 million people were murdered, 90% of them Jews. That United Nations designated that date International Holocaust Memorial Day precisely because it’s the anniversary of the camp’s liberation by the Soviets. This place of genocide has become a symbol of the Holocaust, with more Jews killed here than in any other Nazi death camp.

“When I walk there, I’m scared to step on the ground,” said Richt, who was born on Dec. 21, 1944, weighing two pounds. Nursed by a starving mother, she could not walk until age seven. “Maybe someone’s blood, someone’s ashes, someone’s tears, someone’s murdered body is under the earth,” she told the Forward. 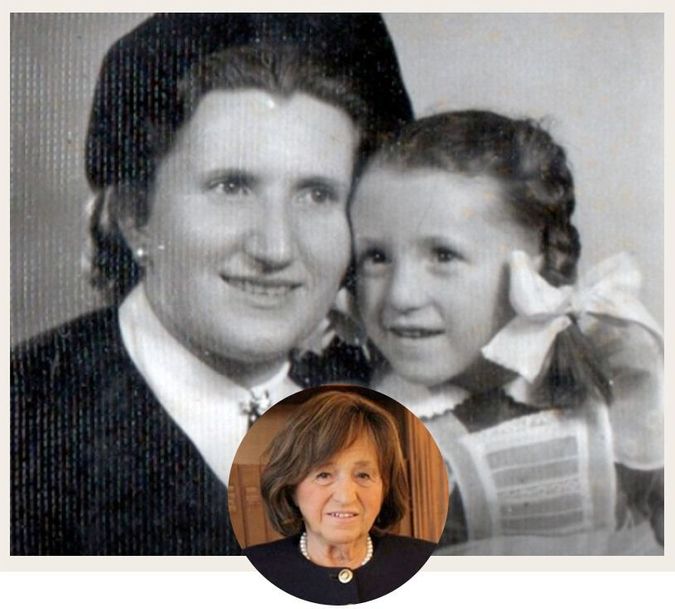 Ronald Lauder, president of the World Jewish Congress and chairman of the Auschwitz-Birkenau Memorial Foundation, will emphasize the importance of Holocaust memory at a time of rising anti-Semitism in his keynote speech at the ceremony.

A 2019 survey conducted by the Anti-Defamation League found that a quarter of Europeans harbor strong anti-Semitic attitudes, with such sentiments particularly on the rise in Eastern and Central Europe. The ADL’s most recent audit of anti-Semitic incidents in the United States also documented a dramatic increase in physical assaults.

“Anti-Semitic incidents and expressions of violence have proliferated in the United States as well as in Europe,” Lauder told the Forward. “As the number of Holocaust survivors dwindles and eye-witness memory of the Holocaust fades, it is more important than ever for us to ensure that the facts of the greatest crime in humanity are remembered accurately and widely.”

Peter Somogyi and Ernest Ehrmann will also visit Auschwitz on the anniversary of its liberation. They shared memories and thoughts with the Forward.

“History does repeat itself,” said Holocaust survivor Ernest Ehrmann, 92, who will attend the commemoration.

“Unfortunately, there will always be anti-Semites, “ he said during a phone interview, noting the difference now is that Israel provides refuge for Jews in danger.

Ehrmann recalled one of his darkest days at Auschwitz. His brother had typhoid fever and was barely conscious. Ehrmann managed to get extra food to his brother, forcing him to swallow it.

“The two of us pulled each other through,” he said. “We couldn’t survive without each other.” 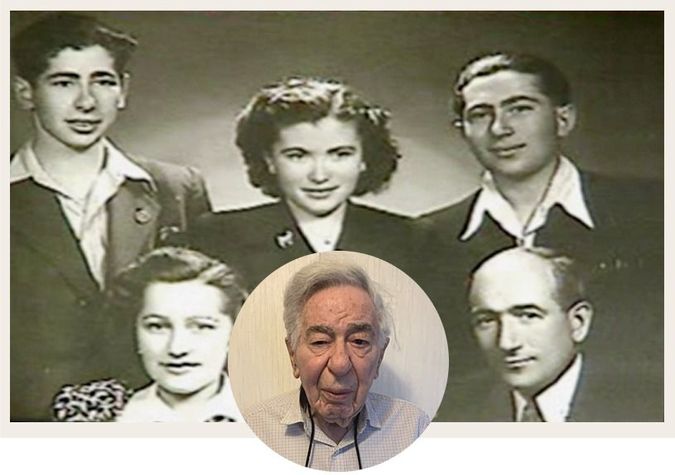 Ernest Erhmann, inset today, and as a youth surrounded by family, upper left. Image by Courtesy of Audrey Ehrmann

Somogyi and his twin brother, Thomas, were 11 years old in July, 1944 when their family was taken from Hungary to Auschwitz-Birkenau. (Their photo is above. Peter is on the right in the historical photo, and on the left in the inset.)

During an interview at his home in Pleasantville, N.Y., Somogyi recalled the chimney flames and smoke he noticed upon arrival at Auschwitz, thinking at first that it was a factory – not realizing that death was the industry, although the stench of burning flesh was pervasive.

Dr. Josef Mengele, notorious for his experiments with twins, took him and his brother away from their mother and sister, without giving them a chance to say goodbye, Somogyi said. They were sent to the special barracks for twins and immediately tattooed.

Somogyi asked an older prisoner in Mengele’s “care” whether he could he see his mother. The older boy pointed to the flames, indicating what had happened to her.

For most of his life, Somogyi did not speak of his experience in Auschwitz. In recent years, however, he has devoted himself to telling his story and teaching about the Holocaust.

When he visits Auschwitz, Somogyi will bring a candle, seeking the right place to kindle its light as a memorial to his murdered mother.

Donald Snyder is a freelance writer.