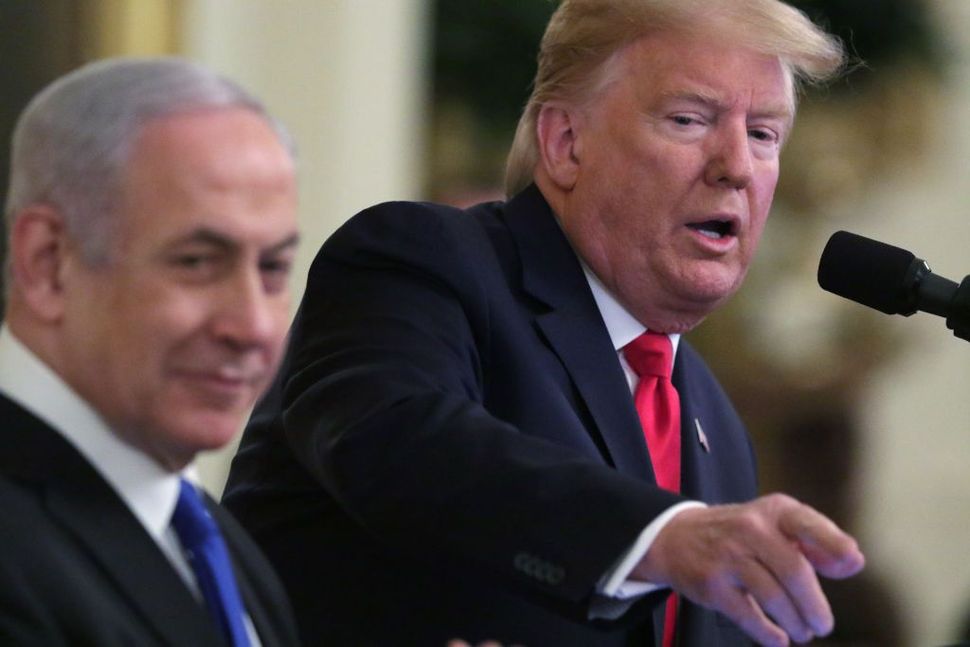 President Trump’s 180-page peace plan proposes a tunnel to connect the West Bank and Gaza but didn’t offer details about how it would work.

To find out what a project of this scale would entail, the Forward spoke to two experts on tunnel construction. Michael Horodniceanu, a former engineer-in-chief at the MTA and Israeli citizen, is the head of the Institute of Design and Construction Innovation Hub at NYU. Xiong Yu is the chair of the Civil Engineering department at Case Western Reserve University. Here’s what they had to say.

Tunnels this big have been built before.

The proposed tunnel, running from southern Hebron to a location outside Gaza City, would be about 25 miles long. That’s ten miles shorter than the longest tunnel in the world, the 35-mile Gotthard Base Tunnel in Switzerland. But that doesn’t mean the project would be simple. Professor Horodniceanu pointed out that large-scale tunnel projects often encounter logistical or financial problems: the tunnel beneath the English Channel ran out of funds midway through construction, while a major tunnel project in Seattle was stalled for over a year when the world’s largest tunnel boring machine got stuck underground.

“Tunnels are not for the faint of heart.”

Horodniceanu pointed out that there’s a lot to consider besides the size and length of a tunnel. Builders would have to decide whether to construct a single passageway or several tunnels. They would have to connect the tunnel to surrounding roads and utilities. And they would have to design security measures and evacuation routes. Yu said that tunnels passing through densely populated urban areas require additional planning, because underground construction can affect the structural integrity of aboveground buildings.

A rail tunnel would be more practical than an underground highway.

Horodniceanu said that a rail system would be able to transport people and goods more efficiently than a passageway for cars. Yu added that rail transportation is more energy-efficient, which would reduce pollution and improve air quality in the tunnel.

However, a railway comes with its own problems. It would require the construction of new railways on either side of the tunnel, as well as expensive access stations. And despite producing comparatively low emissions, a rail tunnel would still require a complex ventilation system.

It could cost a lot of money.

It’s impossible to estimate the exact sticker price of the proposed tunnel right now, but Yu said that comparable projects can cost at least $100 million per mile. That would add up to between $2.5 billion and $15 billion for the entire project. Some surrounding Arab countries have provided up to $50 billion of funding for the proposal, and a hefty chunk of that would likely go towards this project.