One of our reporters got an email from a rabbi asking for gift cards. Here’s what happened next. 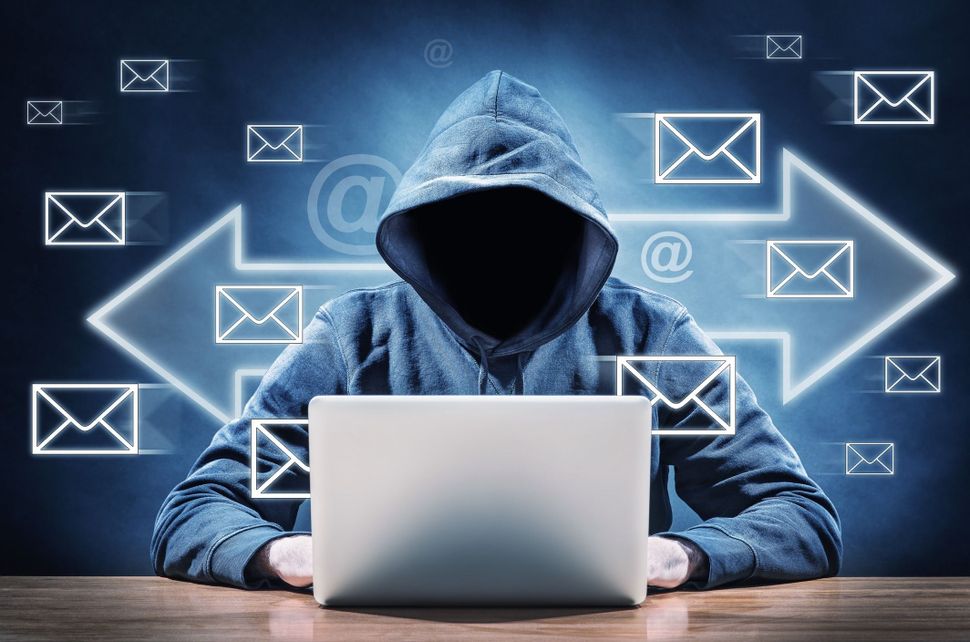 Here at the Forward, we get emails from rabbis all the time. I counted at least a dozen just last week in my inbox.

So when Aiden Pink, our deputy news editor, received a vague email seemingly from Rabbi Sheldon Kleinman of Cong. House of Israel in Hot Springs, Ark. over the weekend, he didn’t think much of it.

“Hi, how are you doing?” the email said. “I need a favor from you, email me as soon as you get this message. Peace, Rabbi Sheldon (Shelly) Kleinman.”

Not that we do favors for rabbis, but useful tips can often follow cryptic emails from strangers. So Aiden responded: Can you be more specific?

That’s roughly when it started to seem like a scam.

“Thanks for your response Aiden,” came the response from [email protected] “I just need to get eBay gift card today for some women going through cancer at the hospital but I can’t do that right now because of my busy schedule. Can you get it from any store around you possibly now? and I will pay you back later in cash or check. Let me know if you can get the card for these patients.” (All typos and bad syntax in the original.)

Thus Aiden found himself connected to an email scam targeting Jewish synagogue leaders that has affected dozens of communities across the country over the past month. The scammer, or scammers, have created fake Gmail addresses using the names of rabbis, cantors and synagogue presidents and sent gift-card solicitations to email addresses on their synagogue Websites.

Though clergy across the country have reported being targeted, the Forward is only aware of a handful of people who actually bought gift cards at a “rabbi’s” request. But for one case, those people said they had been able to get their money back.

Because Aiden was aware of the scam — and also because he had no idea who Sheldon Kleinman is — he knew not to buy the eBay gift cards for the rabbi.

But purely for journalistic purposes, Aiden and I decided that we should draw out the correspondence with the fake Kleinman as long as possible, just in case he let slip an identifying detail.

At the same time, we called the real Kleinman, in case he didn’t yet know there were scammers trying to use his identity to steal money.

Rabbi Kleinman was aware of the scam, but thought that only his synagogue’s board had been affected, so he had only alerted that group. Now, he said in a phone conversation Monday, he planned to send an email warning to his congregation’s membership.

“I was thinking I’m going to have to change my email address, but I don’t know that it will make any difference,” he said, since it’s unclear whether his true email was actually hacked. “Bloody nuisance.”

The fake Kleinman did a spotty job of appropriating the real Kleinman’s identity. He or she got the nickname right — “I always sign my emails ‘Shelly.’ Everybody calls me Shelly,” the real Kleinman admitted — but not the salutation: “Peace.”

“I would never have done that,” Kleinman told us. “Occasionally, if I’m sending something out to the membership, from time to time I’ll end it ‘L’shalom,’ or something like that.” (Ironically, scammers have used this exact sign-off, which literally means “to peace,” in other fraudulent emails to other targets of the scheme.)

But why had Fake Kleinman emailed Aiden, whom the real Kleinman doesn’t know and never sent an email to? After some sleuthing, we discovered the connection: the real Kleinman, a Forward subscriber — thank you! — had last year included one of Aiden’s stories in an email newsletter to his congregation. And that story, like all Forward stories, included the author’s email address at the bottom.

So if the scammers were scraping the synagogue site for emails, Aiden’s could have come up alongside board members’ and congregants.

We still wanted to try and suss out Fake Kleinman.

It should be said: Journalistic ethics require us to never misrepresent ourselves while reporting a story. Nevertheless, we felt that communicating with Fake Kleinman was a unique opportunity to learn something that could help keep others from being scammed out of hundreds of dollars. So we bent the rules a little.

Aiden and I thought that, if we convinced the scammer we genuinely wanted to help pad his eBay gift card collection, he might give us another way of contacting him, and thus another way to learn more about the scam. The email client on my phone is broken, Aiden wrote. Instead of emailing you a photo of the gift cards, could we have your number so we can text it to you instead?

Shortly after, Aiden received a call from a number in Germany. Was this him? We called back. Sadly — in more ways than one — it was just a reader calling from Bavaria to report the use of anti-Semitic material in local elections.

Then Aiden got another email from Fake Kleinman.

“Thanks for willing to help, if you having problem attaching the picture,” it said. “You can as well write the codes out that should be fast enough. I just need to get it to these patients as soon as possible.”

With no codes to attach, we didn’t immediately respond.

Then, another phone call, this time from Arizona. We called back. The number was inactive.

Aiden wrote another email: “Sorry, I was in a meeting. Was that you who just called me? I can text them” — the gift cards — “to you that way.”

After an hour and a half, there was no response. Aiden again followed up, in his best impression of an aging congregant with poor eyesight: Would you please give me your phone number? I can’t type the codes in — I’m having trouble distinguishing between the 1s and 7s on the card.

So far, still no response. It appears our “Rabbi” Fake Kleinman has given up. Maybe we’ll hear from him again for the Yom Kippur fundraising appeal.

Aiden Pink contributed reporting and fraudulent emails to this article.

One of our reporters got an email from a rabbi asking for gift cards. Here’s what happened next.