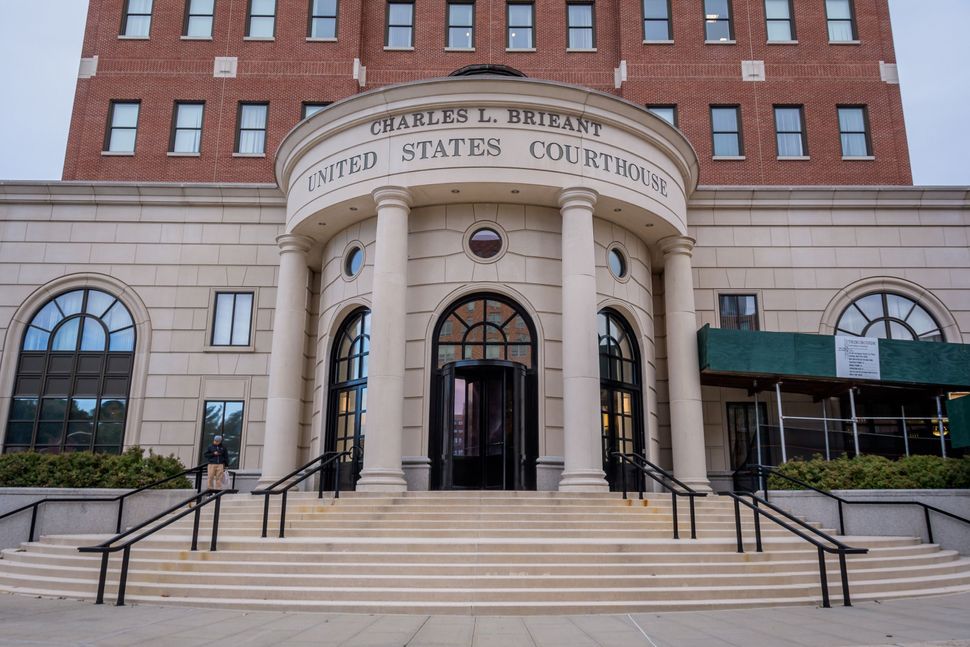 WHITE PLAINS, N.Y. — Lawyers on Monday presented starkly different perspectives on identity politics in a suburban New York school district, as a federal trial opened in a voting-rights case that caps more than a dozen years of battle over funding between Orthodox Jews and their mostly black and Latino neighbors.

The case concerns the East Ramapo Central School District, where a majority-Orthodox board has in recent years cut teachers, aides, and after-school programs rather than raise taxes as growing private-school enrollment swelled the state-mandated transportation budget. The district, which includes the Orthodox enclaves of Monsey and New Square as well as racially diverse Spring Valley and Hillcrest, now has about 9,000 students in public schools and 30,000 in yeshivas.

Lawyers for the plaintiffs, which include the NAACP, accused the district of being run by the tyranny of the majority — what Corey Calabrese of the firm Latham & Watkins called the white “private-school community.” The district board, she said, has been defined by indifference to the public schools and their black and Latino students, and accused it of using a secret slating process to elect candidates — including some who are black or Latino — who support private-school interests.

Arguing that the district’s at-large voting system violates the landmark 1965 Voting Rights Act, Calabrese said that unless the district institutes geographically based ward system, “the white community will always win.”

But David Butler, a lawyer representing the school district, said the issue was not racial representation but policy differences, such as whether to raise taxes top make up for state budget cuts. He also accused his opponents of “literally whitewashing” the Hasidic community, saying bluntly: “This case is about Orthodox Jews.”

As for Calabrese’s accusation of a secret slating process, Butler said it was a “grand conspiracy theory of a shadowy Orthodox cabal that controls elections,” raising the specter of anti-Semitism.

The trial, in U.S. District Court in White Plains, N.Y., did not get underway in earnest until 4:30 p.m., delayed first by the Judge Cathy Seibel’s attendance at a colleague’s funeral, then by her efforts to get the parties to negotiate a settlement. As journalists, spectators, lawyers and clients waited, the bailiff had to admonish the crowd to lower the volume multiple times. There were many jokes about cell-phone withdrawal, since no electronic devices are allowed in court.

With no settlement reached, the lawyers outlined the cases they plan to present over the next two weeks, calling as witnesses current and former members of the school board; failed candidates for the board; former teachers and students in the district’s public schools; statisticians and demographers; and local activists.

In the courtroom were about a dozen supporters of the public-school parents and failed candidates for the board who are suing the district alongside the NAACP — and about 20 lawyers and support staff from Latham & Watkins, which is handling the plaintiffs’ case pro bono. Two lawyers from the New York Civil Liberties Union are also serving as counsel.

The district is being represented by Morgan, Lewis & Bockius. According to a bond filing from April 2019, the district expends to spend at least $1 million on legal fees for the case.

Adjourning for the evening, Seibel told the parties that she expects them to continue settlement discussions, even though, following the opening arguments, “each side has heard the other say terrible things about them.”