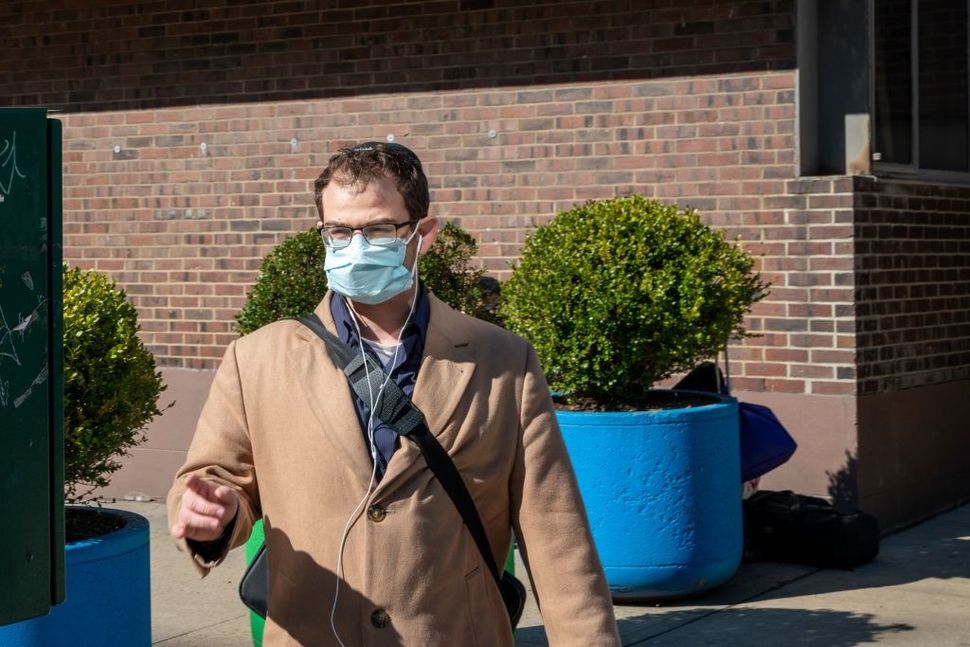 We are closely monitoring the coronavirus outbreak within the Jewish community in New York and beyond, and are posting updates as they happen here. If you are being affected by the virus we would like to speak to you, please email our news director at kunza at forward.com.

Chabad of West Side reports one of its congregants has tested positive for coronavirus. Despite the diagnosis the center says it “will continue to hold normal services as of now.”

Were your plans to go to Israel (or leave and then come back) ruined by the coronavirus outbreak? If so, let me know – I’m working on a story about it for @jdforward.

Israel will require all travelers from abroad to complete a 14-day quarantine, according to the latest regulation aimed at curbing the spread of the coronavirus in the country.

The decision, which Prime Minister Benjamin Netanyahu announced late Monday, capped days of open deliberations about how far Israel would to go to stop the disease’s spread.

The country had taken aggressive early action against the disease and last week began requiring quarantines for travelers from more than a dozen European countries. But it had not instituted the step for travelers coming from the United States, even as multiple outbreaks in New York, California, and Washington state signaled a growing presence of the coronavirus there.

Reports in Israeli media suggested that Netanyahu was reluctant to follow the recommendations of health officials because of the close ties and economic relationship between the United States and Israel.

“After a day of involved considerations, we have made a decision,” Netanyahu said in a video message. Anyone arriving to Israel from overseas will enter into quarantine for 14 days. This is a difficult decision, but critical to maintaining the health of the Israeli public. And the health of the public is above all. The decision will be in force for two weeks, and at the same time we are making decisions to preserve Israel’s economy.”

The new regulation will go into effect in 72 hours and will not apply retroactively, according to a Times of Israel report.

Israeli Prime Minister Benjamin Netanyahu says the country will be imposing a mandatory quarantine to everyone arriving to the country, according to our news partner haaretz.com. Non-residents are only allowed in if they can prove that they have the ability to quarantine themselves.

Israeli Prime Minister Benjamin Netanyahu said Sunday night that Israel could soon require Israeli travelers from anywhere in the world to self-quarantine, as the number of Israelis affected by the virus climbed to 39.

“We have come to the conclusion that if we take further steps, they will actually need to apply to all countries,” Netanyahu said during a briefing Sunday evening at the Prime Minister’s Office. “It is pointless to do this in a small way.”

“We’re not talking about closing our gates. We’re only talking about requiring quarantines for Israelis who return from abroad,” Netanyahu also said.

Boaz Harlow Siegel, 13, is in 8th grade at SAR Academy in Riverdale, the Bronx, a school that has been closed since Tuesday. The school is having online classes. In between, Boaz, who is quarantined until March 16, made this video, which his grandmother, Navah Harlow (who sent it to the Forward), called a “great distraction.”

“It means so much to me to know that people are enjoying my music. One of the good things about technology, is that I have the power to share my video, and maybe cheer people up, even when I am in quarantine,” Boaz told The Forward.