This Orthodox Brooklyn doctor saw the truth about coronavirus weeks ago 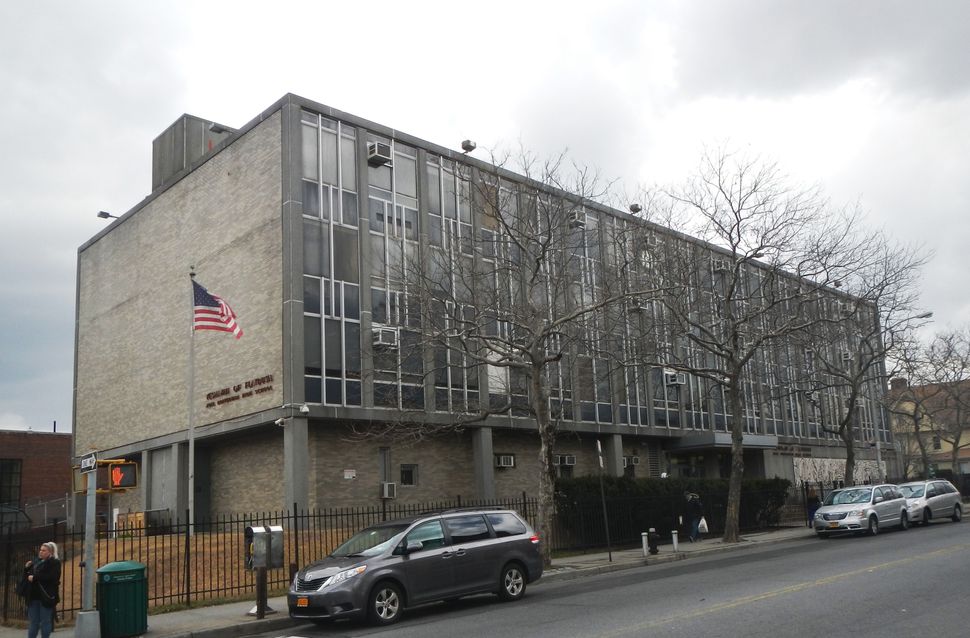 Yeshiva of Flatbush Image by Wikimedia

On Wednesday evening last week, Dr. Stuart Ditchek convened an unprecedented meeting. At a synagogue in Midwood, Brooklyn, he gathered 170 rabbis, yeshiva principals and administrators (some streaming in via Zoom) to ask them to make a difficult, but necessary, decision: close their doors immediately to help stop the spread of coronavirus.

Ditchek, a pediatrician and an Orthodox Jew who is well known in South Brooklyn’s Orthodox communities, has been working at the grassroots level over the past weeks, trying to urge yeshivas and synagogues to help “flatten the curve” of new infections, giving hospitals more space and resources to treat patients with coronavirus and other serious illnesses.

At the meeting, Ditchek presented the evidence in a slide deck: The infection rate is high. Children under 10 are not dying, but they are transmitting the disease. Limiting interaction of all kinds, immediately, will make an enormous difference compared with waiting even a few days, given the exponential rate of new infections every day.

“It was well received by about half of the room,” Ditchek said in a phone interview Sunday morning, in between seeing patients and speaking to rabbis calling for his advice. “It was not so well received by the other half.”

As the coronavirus has spread across the United States, it hit the Orthodox community early and hard. A synagogue, Yeshiva University and several schools in suburban Westchester County were among the first institutions in the country to close their doors in response to the virus.

Yet the Orthodox community has grappled in recent days about whether to push for full-scale closures of schools and shuls across the country. Many organizations — some persuaded by Ditchek, working around the clock — have closed. On Sunday afternoon, Agudath Israel of America, the largest Orthodox umbrella organization, reversed itself and started urging communities to shutter their synagogues and schools. There are still some holdouts, however, and Ditchek hasn’t given up on them.

Ditchek has been trying to lay the groundwork for mass closings for about a month, meeting with rabbis in his community and explaining to them the epidemiological benefits of early and decisive stopping of social gatherings.

He’s has been a source of medical advice in his community for decades. He runs a private pediatric practice, where many of his patients are Orthodox, and is the co-founder of and medical director for Kids of Courage, a non-profit organization that supports families with children with chronic illnesses.

Last year, as measles spread through the Orthodox community, spurred on by misinformation from anti-vaccine groups, Ditchek posted repeatedly about the importance of vaccination and the falsehoods perpetrated by the anti-vaccine movement. He’s been a target of hateful emails blaming him for kids being kicked out of school — even now, for advocating that yeshivas close in response to the coronavirus, he has received malicious messages and phone calls.

“The crazies come out of the woodwork,” Ditchek said. “Not a problem, that’s life. I would much rather die from a crazy than coronavirus at this point.”

After the Wednesday evening meeting, Ditchek was rewarded with immediate action from several prominent Brooklyn institutions. Magen David Yeshiva in Flatbush, with more than 2,000 students, announced it would close its school until further notice, as did the Yeshiva of Flatbush and the Bnos Yaakov School for Girls.

But Torah Umesorah, an umbrella organization of hundreds of affiliated schools representing tens of thousands of students, said Thursday they would not direct their schools to close despite having had representatives who heard Ditchek’s presentation.

In a statement shared on Orthodox media, Torah Umesorah said it would take its cue from local governments as to whether to close their schools.

“The koach haTorah” — strength of learning — “generated by tinokos shel bais rabban” — the prayers of young children — “is inestimable, and is urgently needed in times like these,” the statement read.

On Monday, Torah Umesorah released a second statement saying that public health experts they have consulted with recommend closing schools, but directed yeshivas to balance “the extreme seriousness of the current situation” with the importance of the prayers of young children.

Ditchek fired back with a statement shared on Orthodox media and Facebook video that has received more than 1,000 views on the platform, criticizing institutions that were following the wait-and-see response from New York City Mayor Bill de Blasio’s administration in not closing the public schools, which has since changed. De Blasio’s administration announced Sunday afternoon it would close the public school system after multiple City Council members, as well as a health workers’ union, called on him to do so.

But yeshivas have altogether different priorities from the public education system, Ditchek said. Public schools need to consider staying open to feed and provide laundry services for impoverished children, for example — something Orthodox schools do not uniformly do.

“This is not a snow-day decision,” Ditchek said. “It will make a difference in the tens of thousands of people who might die.”

When Ditchek asked his own rabbi to close the synagogue he attends, the rabbi declined.

On Friday afternoon, ahead of Shabbat, Ditchek sat down with Rabbi Moshe Shmuel Rottenberg, the Hasidic rabbi who leads, Congregation Bais Moshe Shmiel Kozeva, the small synagogue where Ditchek prays. Rottenburg told Ditchek he did not feel comfortable closing the shul without encouragement from higher rabbinic authorities, but told the Forward that he made sure elderly congregants know that they should not come, and asked that women and children stay home throughout Shabbat. At the synagogue they wiped down every surface and doorknob with disinfectant, Rottenburg said.

“He’s passionate and very caring and very cautious, but when it comes to closing synagogues and schools, that’s a very touchy subject,” Rottenburg said. “Dr. Stuey is giving me very clear guidance. But I have to deal with pushback from the congregants themselves,” he added, using Ditchek’s nickname.

Since the Wednesday evening meeting last week, Ditchek has been fielding constant calls from rabbis asking for advice and expertise. He said that, between his videos and broader concern from rising number of cases and emergency measures here and in Israel, the tide is turning towards most yeshivas closing their doors. Baltimore’s Orthodox schools will close for two weeks starting Monday. A yeshiva in Brooklyn closed in the middle of the day Sunday after a faculty member was suspected of having coronavirus.

Lives hang in the balance, Ditchek said: He learned of three new cases of suspected coronavirus from grandparents in his community just Saturday night. At the same time, more and more Orthodox institutions are agreeing to close.

“In the last 24 hours there’s definitely been an improved atmosphere for cooperation by many of the rabbis,” Ditchek said. “We’re winning.”

This Orthodox Brooklyn doctor saw the truth about coronavirus weeks ago