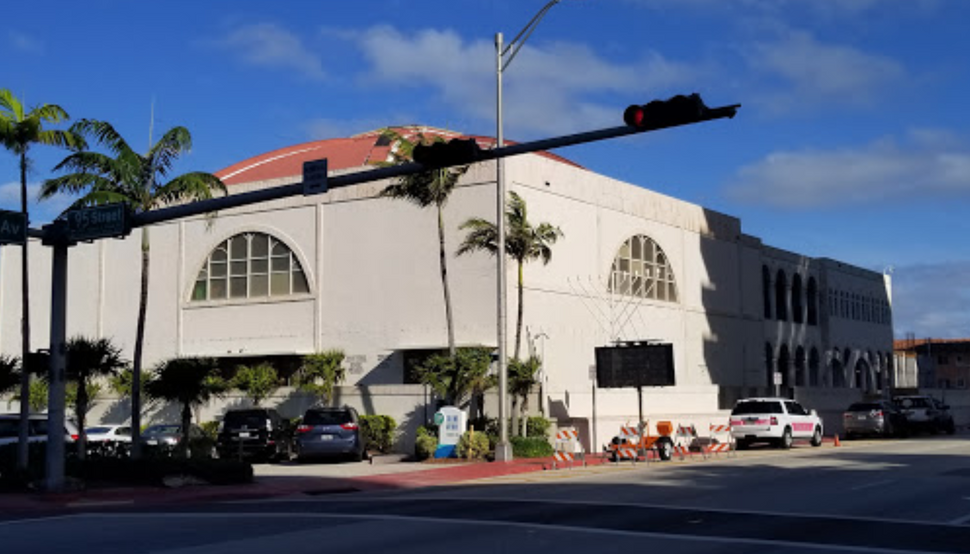 The Shul Image by Google

Bal Harbour, Fla. is famous for its warmth and beauty — gorgeous beaches, posh shops and high-end hotels. Among Jews, it’s also known as the home of a big, thriving and internationally beloved synagogue that meshes perfectly with its surroundings, called simply “The Shul.”

The Shul is architecturally grand, its gleaming white facade lined with palm trees outside and adorned within by intricate lanterns that seem to float near the sanctuary’s ceiling. It offers nine daily prayer services, and at a recent Shabbat around Chanukah, upwards of 700 worshippers joined together to pray on Friday night. The place is even expanding: The website’s homepage greets visits with the words: “GROW. THE NEXT ERA OF THE SHUL IS HERE.”

Now this joyous community is struggling to absorb the news, delivered on Saturday night, that its founding rabbi, Sholom Dov Ber Lipskar, who was born in 1946, has the highly contagious COVID-19. He hadn’t been at synagogue since last Wednesday because he wasn’t feeling well, although he didn’t know why until the test results came back.

But he had interacted with countless congregants over the past week and may have been contagious during that time — especially over the busy Purim holiday, which was last Monday night and Tuesday. It was impossible to know if one of them had given the highly infectious virus to him or if he may have spread it to them, said Steve Dunn, president of The Shul, in a phone interview.

“He’s had a lot of contact with a lot of people. People kind of envelop him when he’s there,” said Dunn, describing how difficult it would be to keep people from coming up to greet the rabbi, embrace him or shake his hand.

“I don’t think people fully absorbed the magnitude of this disease until the last couple of days,” said Dunn, who added that the rabbi was now in isolation at an area hospital. “We just had hundreds of people here over the last week, and most of them were out-of-towners.”

Founded by Rabbi Menachem Mendel Schneerson, also known as the Lubavitcher Rebbe, The Shul emphasizes outreach and education to other Jews. Chabad’s rabbis are famously warm and charismatic; its synagogues are some of the most welcoming in the world, always eager to take in travelers or the Jewishly curious and host them for a Shabbat meal. The Shul in particular serves as a hub in a transient part of the world. It’s beloved by Jewish globetrotters passing through Miami, religious families coming to town for a long weekend or holiday and “snowbirds” — that recently retired group that flies south from the Northeast, Midwest or Canada to winter in Florida.

Founded in 1981 by Lipskar at the direction of Schneerson himself, the community is nearing its 40th anniversary. The Shul is expanding its multi-building complex and also has a Sephardic minyan. On its website, The Shul says it “prides itself in welcoming all Jews and is known as one of the most unorthodox, Orthodox synagogues.”

But the gracious welcome mat and accepting attitude towards non-Orthodox or “just exploring” Jews — and the particular geographical crossroads that has made the Shul such a desirable place to spend a Shabbat — made it particularly vulnerable to the coronavirus.

Lipskar had not been feeling well since Wednesday, and had stopped coming to synagogue, Dunn said, essentially self-quarantining as a precaution. Given several days of fever, he was tested on Friday and the results were received on Saturday evening.

Among the people who declared that they were going into self-quarantine for the next 14 days is Gabriel Groisman, the mayor of Bal Harbour and a father of five, who had seen the rabbi over Purim.

“He did not go to synagogue this weekend. Of course, he did not think he had Covid-19, but he just wasn’t feeling well, so he stayed home,” said Groisman in an interview with Local 10, a Miami news station.

“But earlier in the week, we did have the Purim holiday, which was Monday and Tuesday where the community had a large get-together both in synagogues and parties all throughout Bal Harbour, Surfside and Bay Harbour, just like they’ve had all over the country,” Groisman said in the interview. “So there’s definitely been a lot of opportunity for contact in our community which is why social distancing is now so important.”

Several Chabad synagogues in south Florida are now closing as well. The Shul brought in a professional team to disinfect the entire premises and all operations ceased for the foreseeable future.

“I’m sure people will meet for (private) minyamim,” said Dunn. “We just can’t sanction it – we can’t have them inside. It’s an intense period of time and it’s devastating. We’re all praying for the rabbi.”

Motti Seligson, a spokesman at Chabad headquarters in New York, said that individual communities around the world should follow directives from their local or national official health authorities.

“The need for community and for spirituality is now more acutely felt than ever before. People are under immense stress, and many are panicking because of what they’re hearing. It’s really a time to double down on all these things that Chabad shluchim (emissaries) provide to millions of Jews,” said Seligson. “As far as conduct, what we’re advising everyone to do is to follow the health guidelines wherever they are. Chabad is in 100 countries and every state in the Union. There are places where there are no known cases.”

“What we’re really focusing on,” said Seligson, “is finding ways of helping people through this very difficult time: Comforting them and giving them hope and encouraging people to have a positive outlook and remembering that there’s a bigger plan and it’s going to be very good.”