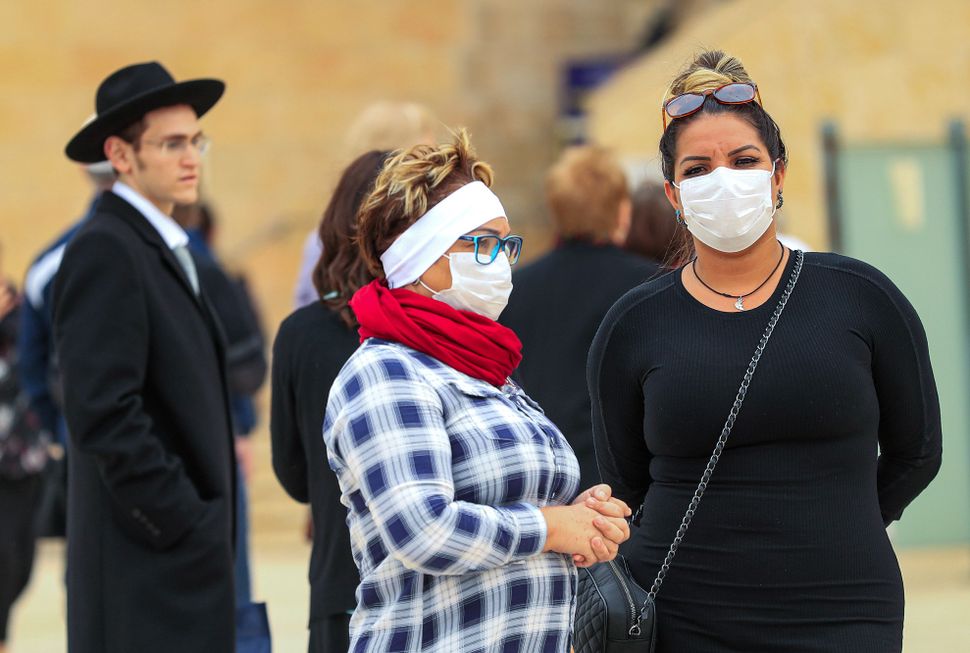 The Israeli health ministry is taking unusual steps to reach out to the country’s growing Hasidic population to help stop the spread of COVID-19, releasing an audio recording and setting up a hotline – both in Yiddish.

The audio recording, which was first reported Sunday by the Israeli daily Hamodia, gives specific instructions regarding social distancing and other measures individuals should follow during the pandemic.

Many of Israel’s Hasidim speak and understand Yiddish better than Hebrew. But this is a new outreach tool for the ministry, whose website lists only Hebrew, English, Russian, Arabic, Spanish and French as languages in which people can access its materials. The ministry’s decision to include Yiddish is a signal of its deep concern regarding the quickly spreading disease.

Israeli health officials could not be reached on Monday, as phone lines were busy, likely because of the crisis.

According to statistics posted Monday by the health ministry, about 255 people in Israel have tested positive for COVID-19 and tens of thousands of people are now in quarantine.

The narrator of the audio recording recites the health ministry’s instructions in fluent, clearly pronounced Yiddish, marked by a slight Israeli accent. At one point, though, he uses the word shmate, a word often translated as rag, in a way that sounds almost comical, saying: Es iz zeyer vikhtik ven me geyt aroys – tsu zayn mit a shmate afn ponim [it’s very important when leaving the house to put a rag on your face.]

In Israel, however, the word shmate is often used to mean a general piece of cloth. And since masks are in short supply, people are using pieces of cloth to cover their mouths instead.

Hasidic Yiddish speakers in Israel generally use the Hebrew word for rag: smartut.