We had to cancel the party, but the Bar Mitzvah will go on 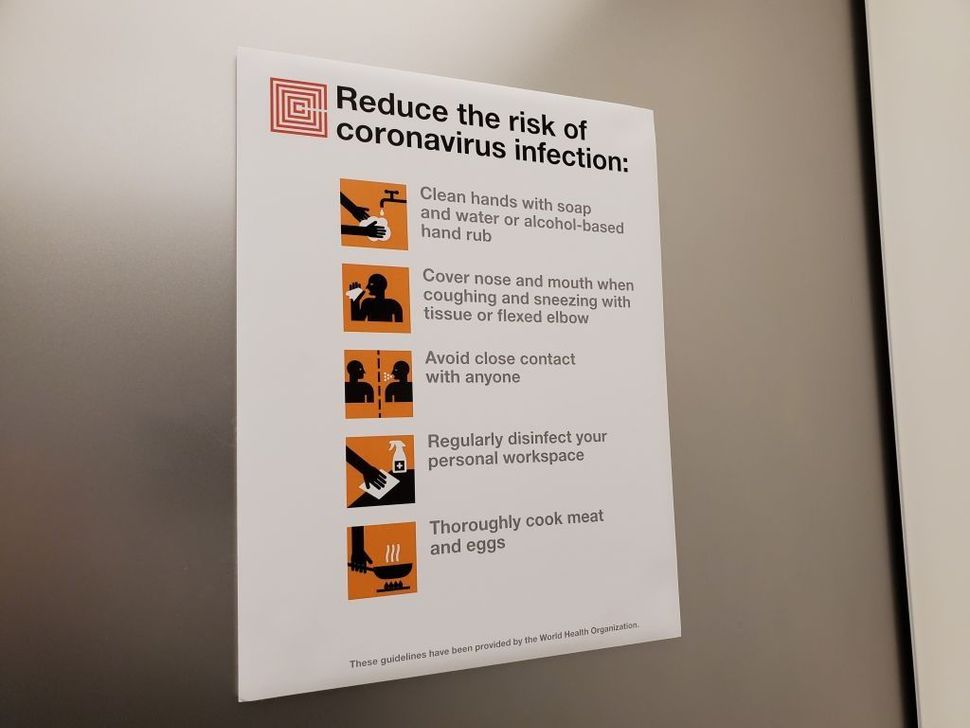 Close-up of sign on metal surface warning workers of the risk of COVID-19 coronavirus. Image by Smith Collection/Gado/Getty Images

March 21, 2020. That’s the date of my son Leo’s Bar Mitzvah. Aside from having one of the hardest and most boring Torah portions, it seemed like a pretty good date.

My wife, Jill, Leo and I had put a lot of work into making the day really special. And I know that every family does that, but our son is a certain kind of kid — he works hard, he’s funny, he’s friends with kids and adults alike. This was an event that I think our community was really excited to celebrate, because he has this unique spirit of life. He’s the kind of kid that really thrives on having an occasion like a Bar Mitzvah to show off all of his hard work and also party like the world is ending. 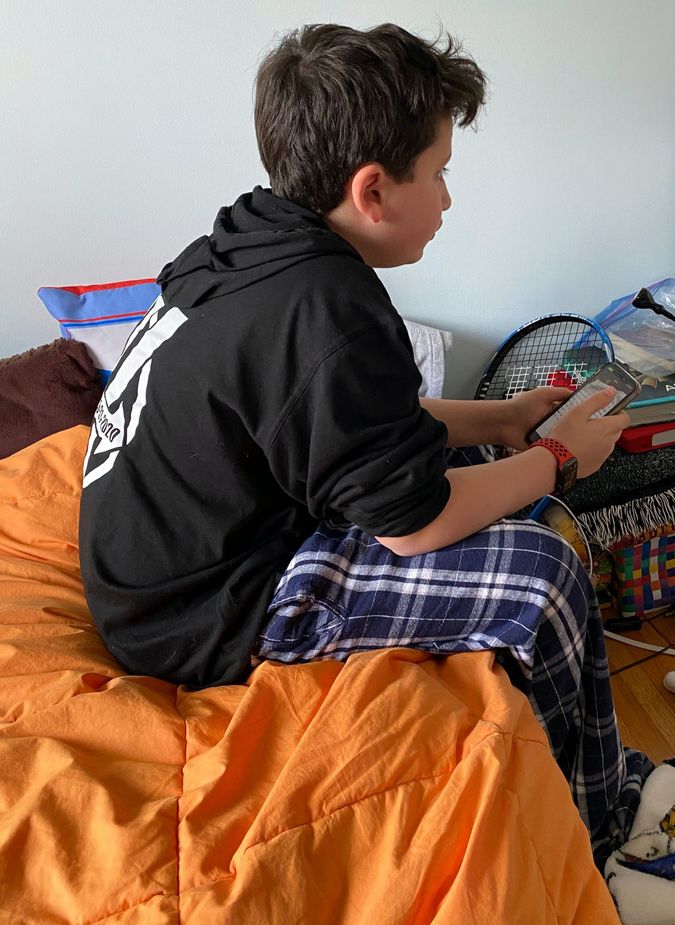 And then it kind of did.

A couple of weeks ago, we were full bore in the final stages of preparation for the big day. Leo was so excited… thrilled to be on the bimah with the rabbis he’d worked alongside for more than a year, surrounded by the people that love him. We’d made all of those nagging decisions for both the ceremony and the celebration — the menu finally locked, the decorations ordered, songs decided, the montage finally complete, and all of the Marvel-inspired favors ready to go.

We had some surprises planned for him, too, that were going to blow his mind. My son has been having an extensive relationship with our party planner, Joni, over text. He convinced her to watch some Marvel movies to get in the spirit of his chosen theme, and she most definitely has!

Then the drips of despair started and became a flood.

The first drip was just thinking about how we could defend against spreading infection at the party — having the place thoroughly cleaned, and hand-sanitizer available everywhere. A couple of days later came the realization that having his grandparents and other older relatives from out of town was going to be a problem because they probably shouldn’t fly. I spent a day seeing if I could book a bus for them to come in from the Midwest, because they didn’t really want to drive by themselves.

On Sunday, March 8, Leo asked us if we might have to postpone the Bar Mitzvah. I told him there was a 5% chance. We kept asking our out-of-town guests if they were still comfortable flying — and they kept saying yes. Then another day passed, and more public gatherings were cancelled or closed, and the possibility of postponement started to become very real.

My wife and I shed a lot of tears. And we were still in denial. We’ll still do it and some people just won’t be able to make it — we probably needed to lower our headcount anyway, right? But then we kept coming back to his grandparents. They really shouldn’t be at a party with that many people; how would we keep them safe? The reality is that we couldn’t.

That’s when the tide turned. I think it was on Wednesday morning. The party we were having was going to put our guests, and anyone they had contact with, in jeopardy. Jill and I knew that we could never do that. We would have to postpone the party.

Leo cried a lot that night. We all did. We let him take Thursday off of school because he was so devastated. But we knew that not moving forward with the party now was the right thing to do, despite Leo’s disappointment, despite all of the hard work that we and Joni had done to make it special. This was a sacrifice that we all, and most of all Leo, had to make.

Which brings me back to where this all started, Leo’s hard and boring Torah portion. It’s about sacrifice. Granted, it’s about the procedures for making animal sacrifices, but in his D’var Torah, Leo talks about how we all have to make sacrifices, and that’s what he’s doing. He’s sacrificing the fun part of his Bar Mitzvah so that those that he loves are safe. He’s sacrificing the fun of his big day so that people he doesn’t even know can be safe. That is a Mitzvah.

Leo is going to have his ceremony on March 21, this Saturday. It won’t be what any of us imagined it would be, but he’ll be reading his Torah portion. That’s about all we know. It might be at temple, or it might just be us and the rabbis here at our home. He’ll put on a suit, wrapped in Tallit, and make us even prouder than we would have been when all of this was unimaginable. We’ll find some way for his friends and family to watch him show us all the true meaning of his Torah portion in his actions.

When he gets up there, he won’t just be leading the congregation, he’ll be showing everyone the way through this mess — caring for others, sacrificing oneself. He truly is becoming a man.

We had to cancel the party, but the Bar Mitzvah will go on